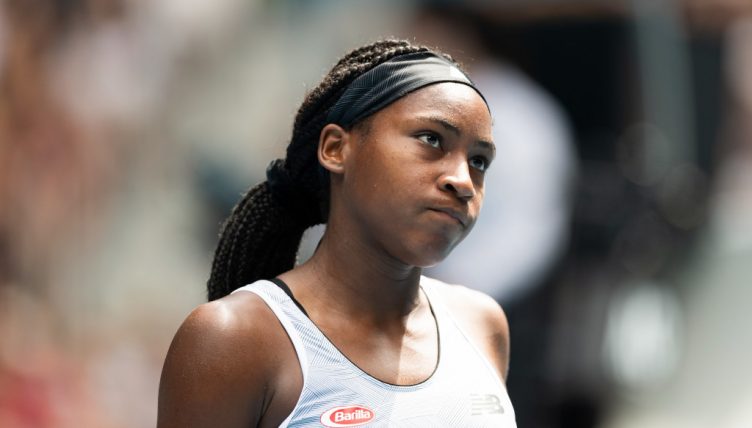 Coco Gauff insisted “we must have tough conversations with friends” during a speech at a #BlackLivesMatter protest in Delray Beach, Florida.

Several anti-racism marches have taken place across the United States as well as a few other countries over the past week following the death of George Floyd in Minneapolis.

Floyd, an unarmed black man, died after a white policeman pinned his neck under a knee during on May 25.

Tennis players including Gauff, Roger Federer, Rafael Nadal and Novak Djokovic joined the #BlackOutTuesday campaign to show their support for the #BlackLivesMatter fight.

Sixteen-year-old Gauff, who many believe is the future of women’s tennis, joined a protest in her hometown on Wednesday and delivered a powerful speech.

My speech at the peaceful protest in my hometown of Delray Beach, Florida. #blacklivesmatter pic.twitter.com/Jeyswzt7n5

“I think it’s sad that I’m protesting the same thing she (her Grandma) did 50-plus years ago,” the American said.

“I’m here to tell you guys this. We must first love each other no matter what. We must have tough conversations with friends.

“I’ve been having tough conversations all week, trying to educate my non-black friends on how they can help the movement.

“Second, we need to take action. We’re all out here protesting and I’m not of age to vote but it’s in your hands to vote for my future, my brother’s future and your future. So that’s one way to make change.

“Third, you need to use your voice, no matter how big or small your platform is. I saw a Dr King quote: ‘The silence of the good people is worse than the brutality of the bad people.’

“I heard many things this past week, and one of the things I heard is, “Well, it’s not my problem.” If you listen to black music, if you like black culture, if you have black friends, then this is your fight too.

“It’s not your job, it’s not your duty, to open your mouth to say, ‘Lil Uzi Vert is my favourite artist but I don’t care what happened to George Floyd. How does that make sense?

“I demand change now. It is sad that it takes another black man’s life from us for all of this to happen, but understand this has been going on for years. This is not just about George Floyd. It’s about Trayvon Martin, this is about Eric Garner, this is about Breonna Taylor.

“We must change now, and I promise to always use my platform to spread vital information.”

Roger Federer not keen on playing in empty stadiums as he...