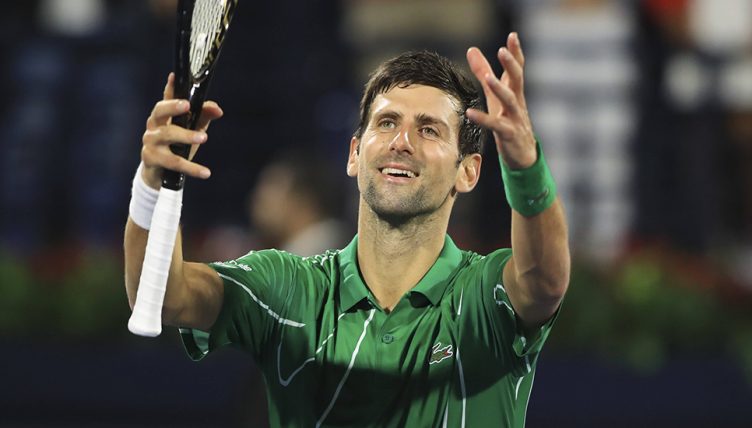 Marian Vajda has hailed Novak Djokovic’s “fantastic achievement” of securing the year-end No 1 title for a record-equalling sixth time in 2020.

Djokovic started the year at the top of the ATP Rankings and finished in the same spot to draw level with fellow great Pete Sampras’ record in terms of most year-end No 1 trophies.

His long-time mentor Vajda says the 17-time Grand Slam champion achieved the goal he set out at the start of the year while he was also impressed with the Serb’s ability to refocus after the long break due to the coronavirus.

“Novak has done something incredible, being the year-end world No 1 for a sixth time is a fantastic achievement. He has met the goal he set at the beginning of the season,” Vajda told Sport.aktuality.sk.

Djokovic was unbeaten before the tennis season was halted because of Covid-19, winning the Australian Open and Dubai title, while he won the Cincinnati Masters and Italian Open after the sport resumed.

Vajda added: “I appreciate that he achieved successful results even after the restart of the season. I was a little worried about how his fitness, he also overcame the coronavirus.”

The 33-year-old was favourite to win the US Open after tennis restarted, but he was disqualified from the fourth round after accidentally hitting a line umpire in the throat with a ball while he reached the French Open final where he was well beaten by Rafael Nadal.

Vajda continued: “The tournament in New York was unfortunate due to the disqualification, otherwise he could have gotten far there as well. At the French Open, Rafa gave an excellent performance in the finals, he had an incredible length of strokes. Novak was not completely in his element.”

Tennis Today: Rafael Nadal tipped to be even more dangerous in...