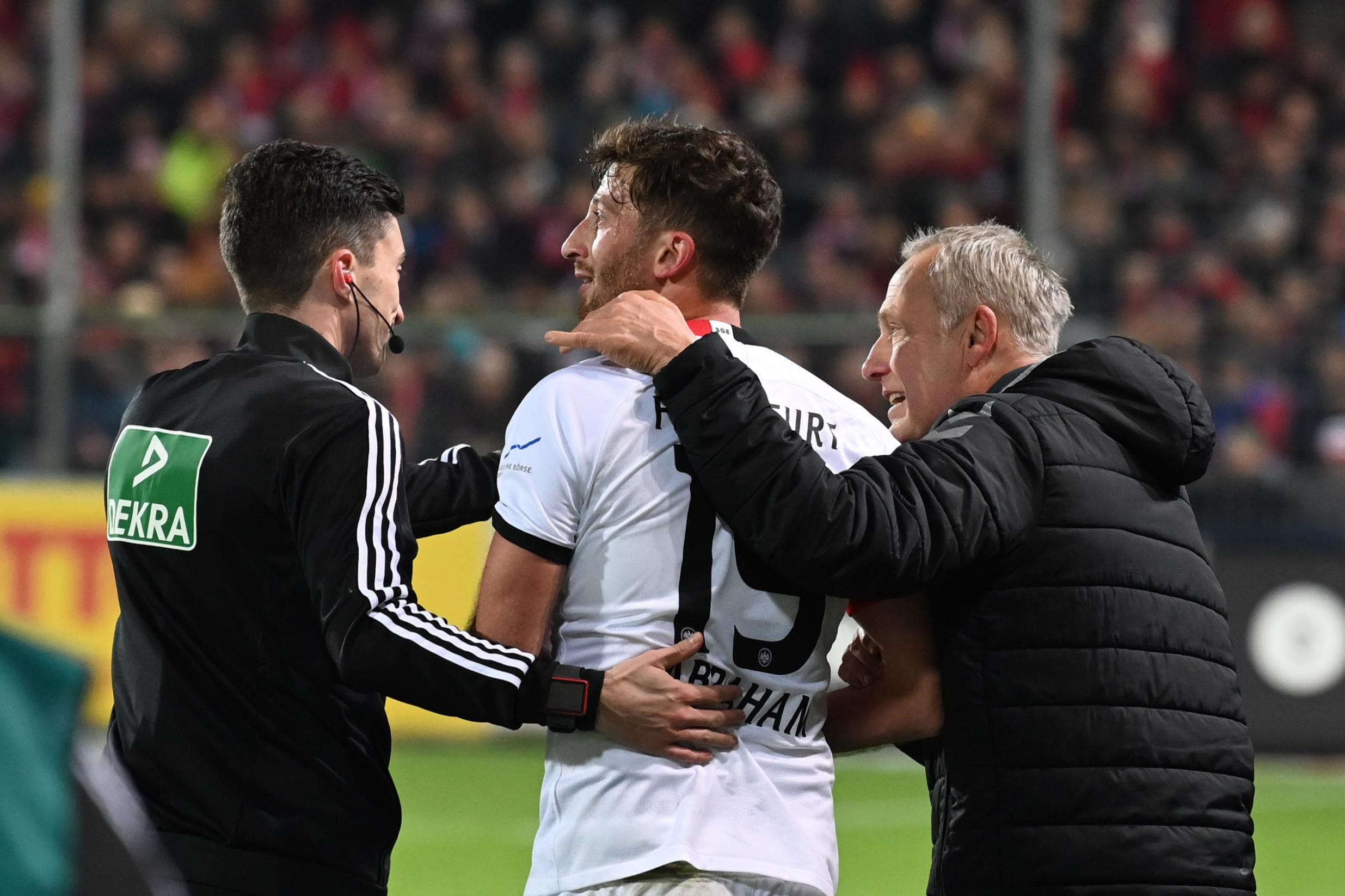 Frankfurt captain David Abraham has been banned for all the club’s remaining Bundesliga games this year after knocking over an opposition coach.

The defender body checked Freiburg coach Christian Streich with his shoulder during Sunday’s league game while trying to gather a ball which had gone out of play.

Freiburg players and staff then chased Abraham onto the field, sparking a mass brawl.

The German soccer federation banned Abraham for seven weeks until December 29, ruling him out of six upcoming Bundesliga games, and fined him €25,000.

Freiburg player Vincenzo Grifo has been banned for three games after the Video Assistant Referee system (VAR) spotted him targeting Abraham for retaliation in the melee.