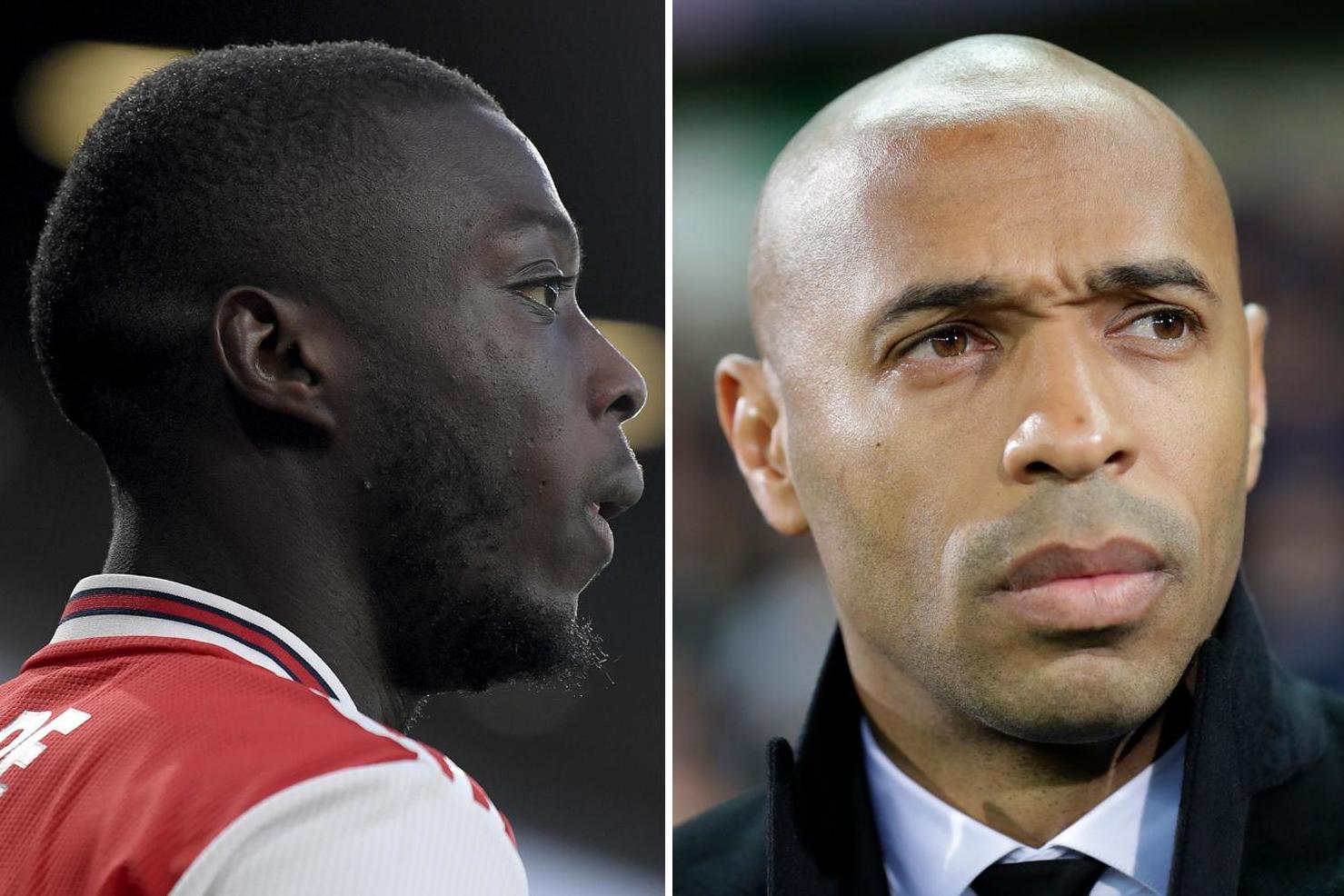 Thierry Henry has called on Nicolas Pepe’s critics to give the £72million winger a chance at Arsenal before writing him off.

Pepe, 24, became Arsenal’s club-record signing this summer, with his £72m fee smashing the £56m they paid Borussia Dortmund for Pierre-Emerick Aubameyang in January 2018.

However, Pepe has struggled to make an instant impact at the Emirates, with the Ivory Coast international’s brightest moments largely restricted to Arsenal’s Europa League matches – during which Unai Emery has mainly played a second-string lineup.

With competition to start in a stacked attack fierce, Pepe has done little to justify Arsenal’s record outlay so far – but two stunning free-kicks off the bench to help seal a 3-2 Europa comeback win against Vitoria on 24 October hinted at the undoubted quality he possesses.

Christian Pulisic, a fellow new arrival to the Premier League this summer, has found form at Chelsea of late after struggling at the start of the season, and Pepe has time on his side to make his mark in north London.

And Pepe also has a bona-fide Arsenal legend on his side in Thierry Henry, with the club’s all-time top goalscorer telling Yahoo Sport UK that the winger must ignore the critics and focus on his football.

“He needs to make sure he doesn’t listen to that and go out and perform.”

Regarding Pepe’s doubters, Henry said: “People need to forget about the price tag. He didn’t ask to be bought for that amount of money himself.

“It’s not always easy to arrive in a team, adapt to a new style of play.

“The Premier League, as we know, is not the same as the French League or any other league, by the way. So he needs to adapt to that. We need to give him time.”