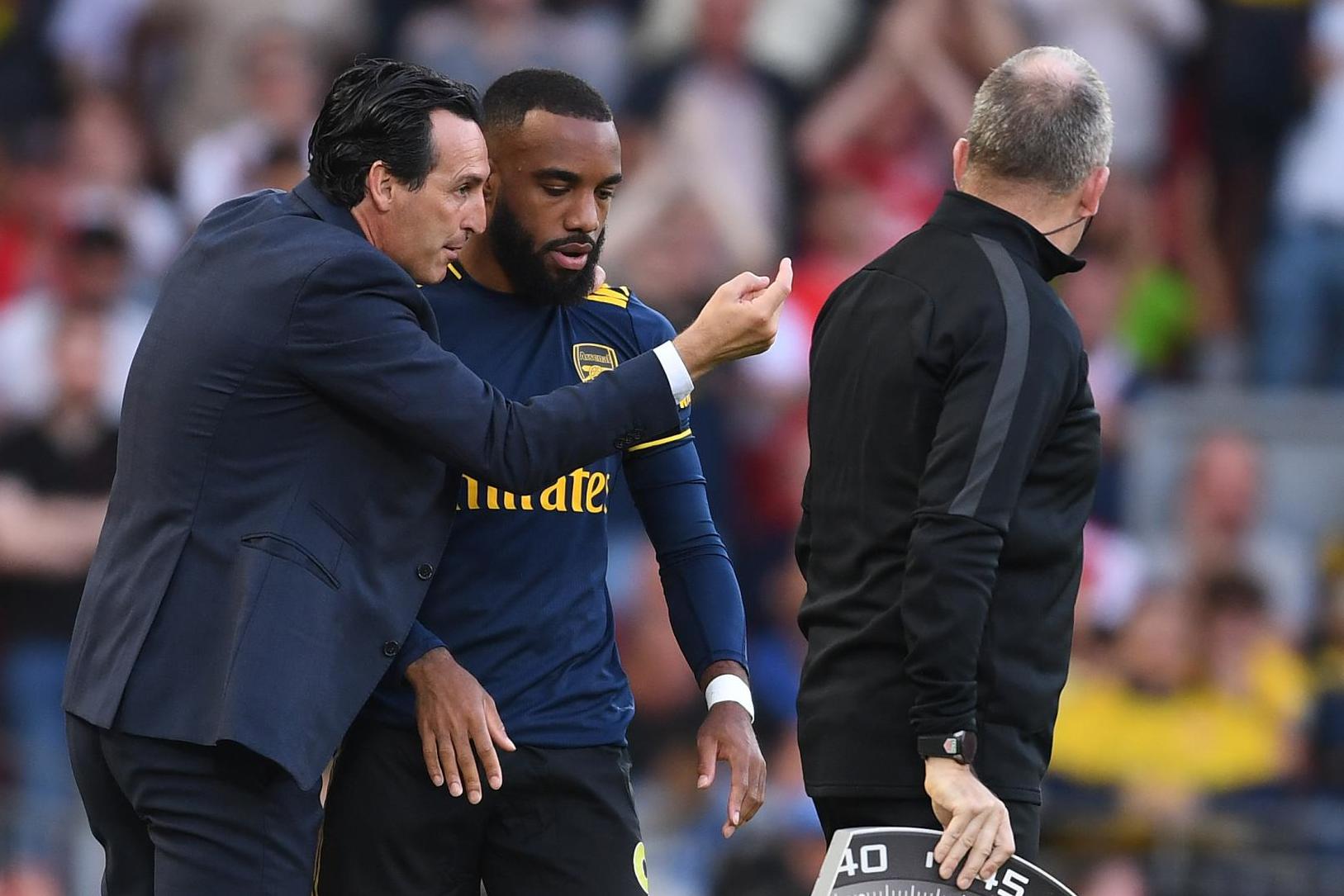 Alexandre Lacazette has voiced his support for under fire Arsenal manager Unai Emery.

The club moved to back their manager publicly this week  with the Emirates hierarchy keen to give the Spaniard time to turn things around in north London, viewing their next six games as a prime opportunity.

The Gunners have won just one of their last seven games in all competitions – a late 3-2 win over Portuguese side Vitoria Guimaraes in the Europa League – and sit eight points adrift of fourth placed Manchester City in the Premier League.

While sections of the supporters are calling for Emery to leave, Lacazette says the squad remain behind their manager.

“Obviously we’re not at the top of our game at the moment, but we remain leaders in the Europa League, we’re still in the running in the championship,” Lacazette told the club website. “I think now we just need to work on keeping things calm and moving forward with that.

“We’re working together every day on a constant basis to pick up the slack. The group definitely supports the coach and I’m sure the club does as well.

“We’re a very tight group and we’re doing everything we can to improve.”

Following the 2-2 draw at home to Crystal Palace, which saw Granit Xhaka tell the supporters to “f**k off” as he was substituted, Lacazzette ‘liked’ an Instagram post which called for Emery’s dismisall and the told then captain Xhaka to “f**k himself”.