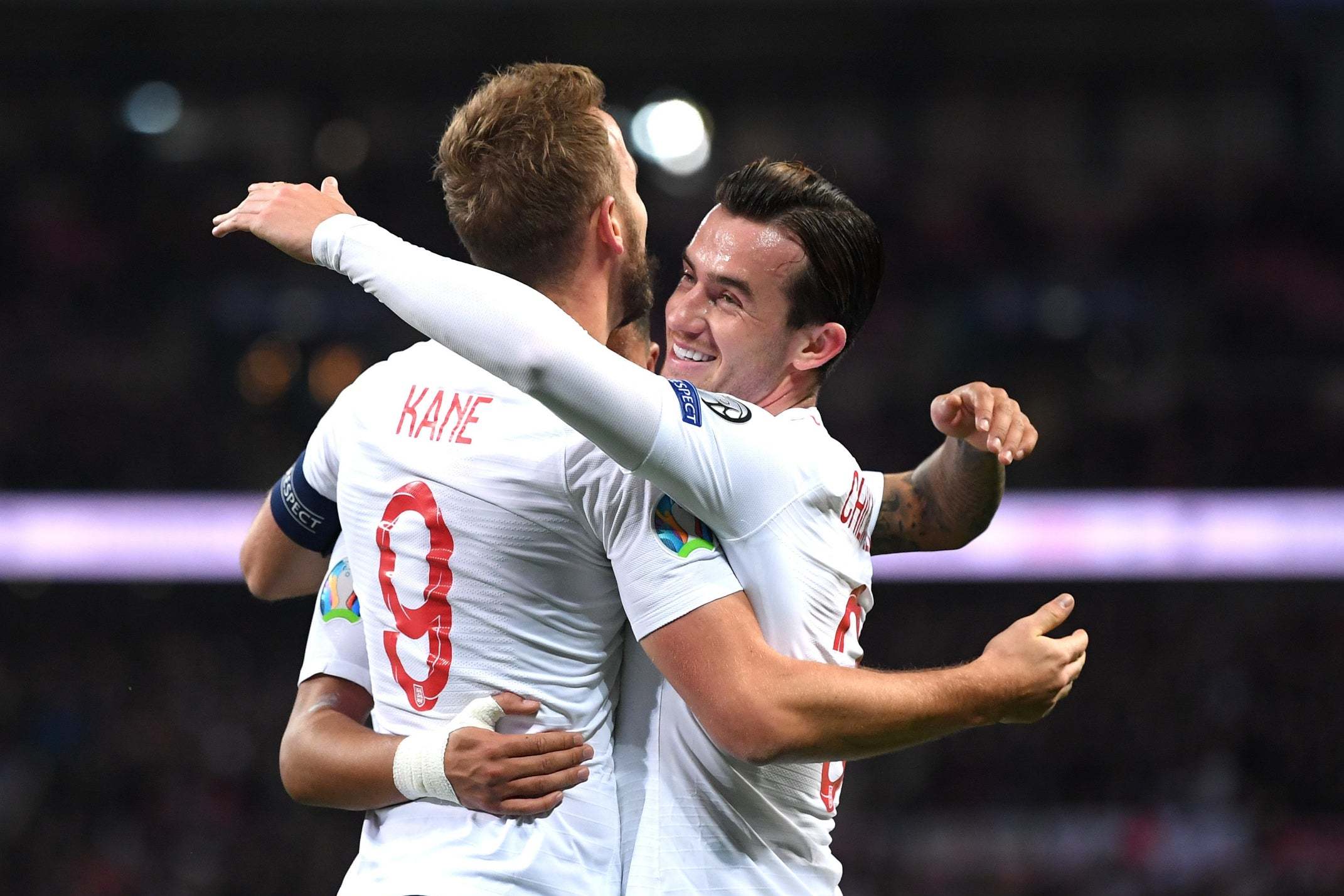 Man-of-the-match Ben Chilwell says England plan to turn Wembley into ‘a fortress’ next summer after setting up a home Euros with Thursday’s thumping win over Montenegro.

The 7-0 victory ensures England will top their qualifying group and are guaranteed to play all three Euro 2020 group games back at the national stadium. If they finish in top spot in the group next summer, they will visit Dublin in the last-16 and Rome in the quarter-final, before potentially returning to the home of football for the last-four and final, which would evoke stirring memories of Euro ’96 on home soil.

Left-back Chilwell, who finished with a brilliant hat-trick of assists, says manager Gareth Southgate and the squad are already planning to use the atmosphere to their advantage.

“I don’t remember Euro ’96 but hopefully we can make it another great occasion,” said Chilwell. “We spoke before the game about making Wembley a fortress and using it to our advantage and the gaffer said to us that he wants to make it a fortress.

“With more performances like that, the stadium is going to be rocking. We are all really looking forward to having the games here in the summer.

“It is a massive opportunity. Having at least three games at Wembley is massive for us and to use that home advantage could be key. Games like Thursday where we put on a good performance and get the fans behind us is important going into the summer.

“Obviously the first half we scored a lot of goals and at half-time it was pretty similar to what the [Leicester] manager [Brendan Rodgers] told us at Southampton [in the 9-0 win] which is to be ruthless, score more, excite the fans and get a clean sheet. It was important for the whole team for us to get a clean sheet, we want to cut out mistakes at the back and it was good for us to put that into practice going into the summer.”

Chilwell’s Foxes teammate James Maddison finally made his England debut as a second-half substitute having been included in three previous squads without winning a cap.

“I am absolutely buzzing for him,” Chilwell said. “I know better than most people how much he has been looking forward to playing for England so he has deserved it. He has been brilliant for Leicester, he has been patient, waited his turn and he has worked hard in training. I am just buzzing for him to get his first cap.

“Hopefully we’ll see more of him, if he keeps pushing on, doing really well for Leicester and working really hard then I have got no doubt with his mentality that he will be great.

“He did really well, I had a joke with him afterwards that he was like Wilfred Ndidi when he did about three tackles, he is buzzing and I couldn’t be happier for him. He deserves it, he has worked hard away from here at Leicester and waited patiently for this moment.

“We always have a joke about him tracking back. I don’t know what the stats are but he is probably one of the best tackling midfielders in the league, he does a lot more tackles than people think. Obviously we know the quality he has on the ball, scoring goals and the assists but defensively he has been brilliant for Leicester and he was again last night.”