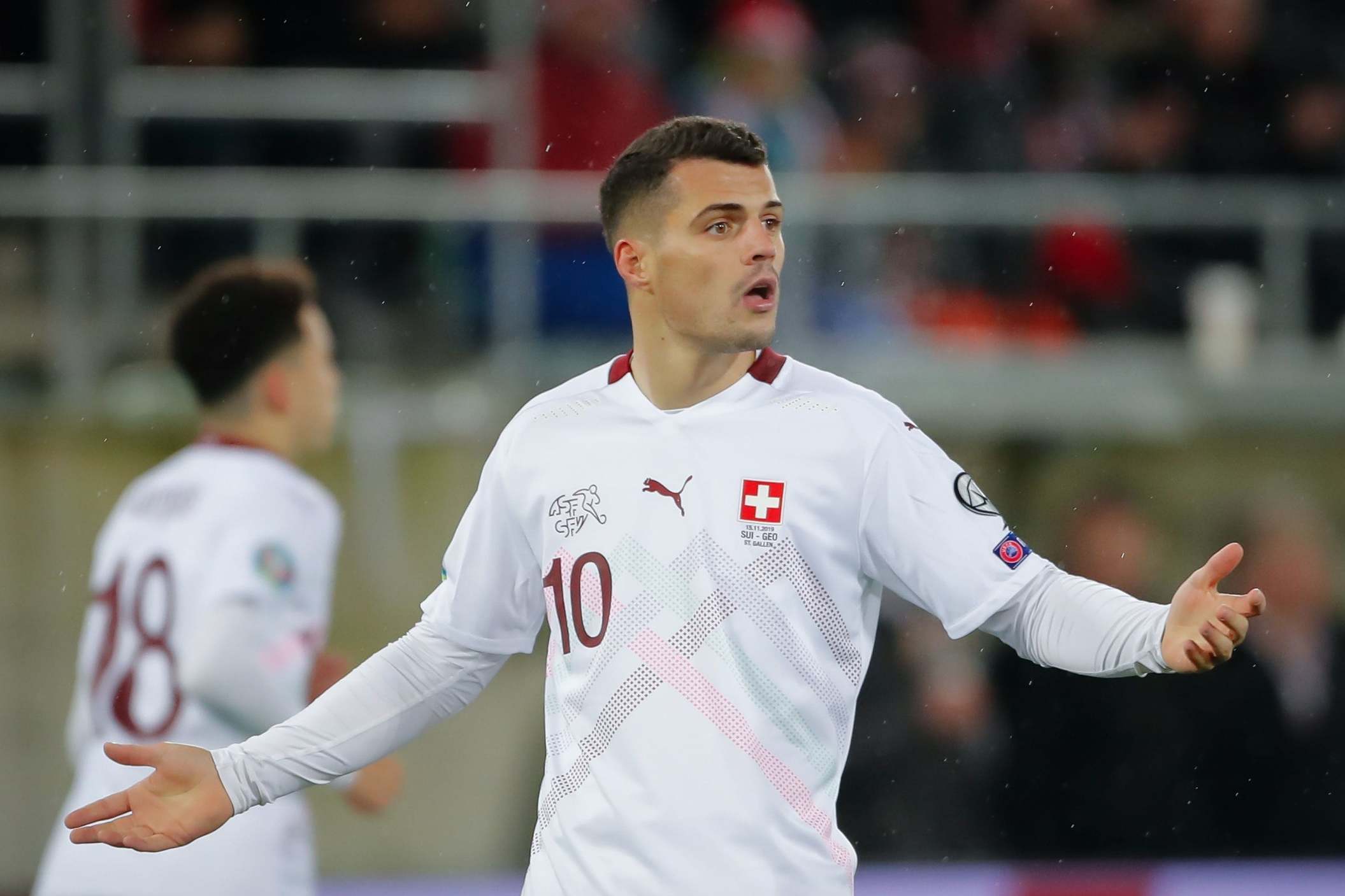 Former Arsenal captain Granit Xhaka has sent a thinly-veiled message to the club’s fans, warning he will not let others determine his happiness.

The 27-year-old was stripped of the captaincy earlier this month after telling supporters to “f*** off” as his substitution was cheered in a 2-2 draw against Crystal Palace. The cheers turned to jeers as Xhaka removed his shirt and cupped his ears, prompting a bitter response from fans inside the stadium.

Xhaka went on to issue an apology, explaining that social media abuse aimed at his family had contributed to his furious reaction, but Emery decided to remove him as skipper and has yet to select the Switzerland international in any of the four matches since the Palace incident.

Xhaka played his first minutes since the incident on Friday, starting in Switzerland’s 1-0 win over Georgia. Cedric Itten headed the winner in a 1-0 victory for Switzerland just six minutes after coming off the bench to make his debut.

With the Swiss expected to pick up three points from their final group game against pointless Gibraltar, they are in line to qualify for Euro 2020 on Monday.

In a cryptic post written in German on Instagram, Xhaka said after the match: “Happiness is when you are satisfied with yourself and do not need the confirmation of others.”

Arsenal boss Unai Emery has previously admitted Xhaka may have played his last game for Arsenal, and revealed the club have discussed the possibility of selling the midfielder in January.

Speaking ahead of the defeat to Leicester earlier in November, Emery said: “It’s important now to stay without Granit Xhaka, but I don’t know – maybe he can play in the future, maybe he can’t play.”