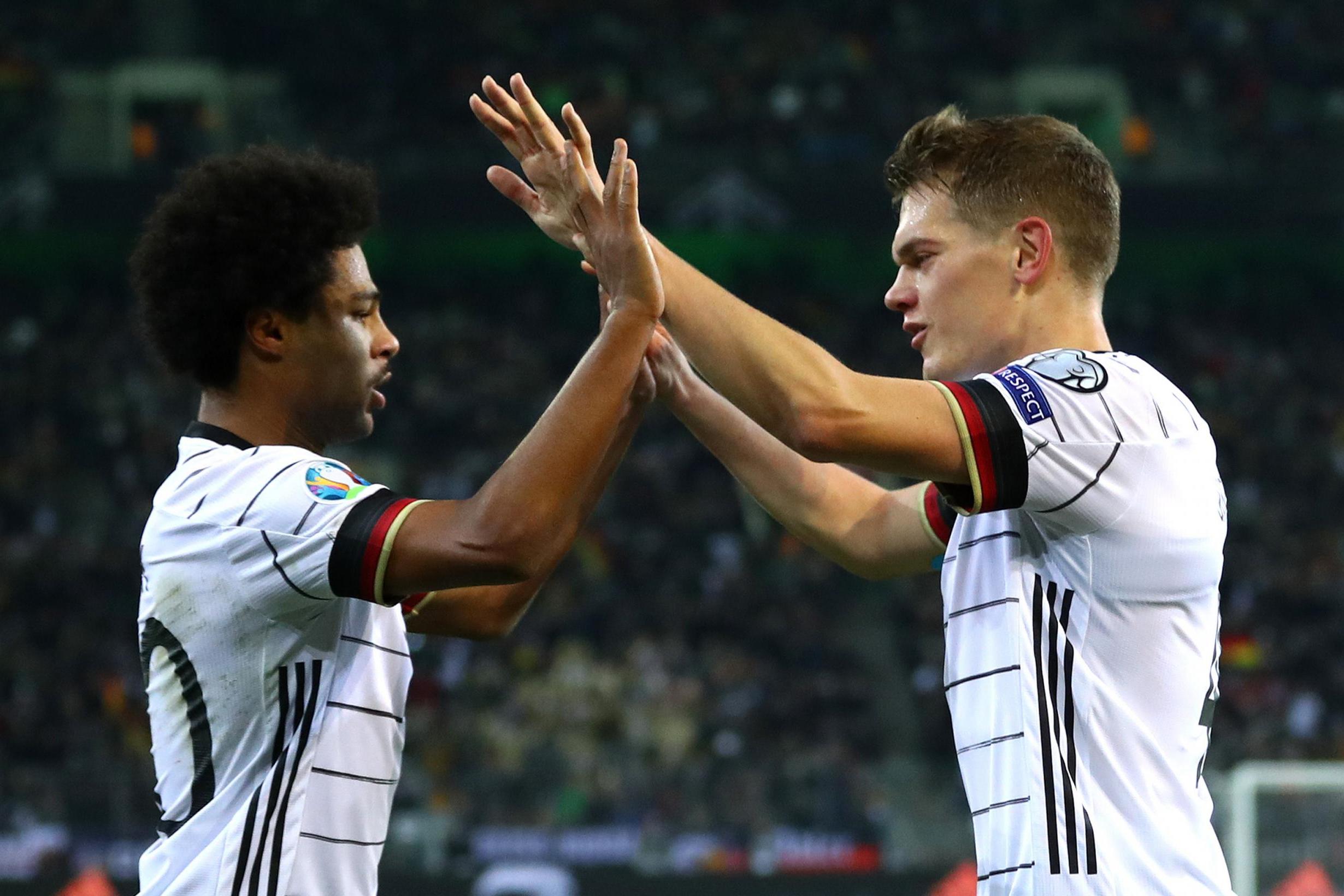 Germany, the Netherlands, Croatia and Austria all sealed their respective places at Euro 2020 on Saturday, but Northern Ireland will have to settle for a spot in the play-offs.

Toni Kroos scored twice as Germany beat Belarus 4-0 in Monchengladbach, while the Dutch held out for a goalless draw at Windsor Park – where Northern Ireland captain Steven Davis missed a first-half penalty.

Defender Matthias Ginter had given Germany the lead just before half-time when he backheel flicked in a cross from Serge Gnabry at the near post.

Leon Goretzka made it 2-0 soon after the restart with a low drive after the ball was cut back from a corner and Kroos clipped home a third in the 55th minute.

Croatia made sure of qualification from Group E as they beat 10-man Slovakia 3-1 in Rijeka.

The visitors had taken a surprise lead in the 32nd minute through Robert Bozenik.

Nikola Vlasic fired Croatia level after 56 minutes with a low finish, before Bruno Petkovic headed in from a corner on the hour.


Slovakia saw winger Robert Mak sent off for a second yellow card, with Ivan Perisic’s volley sealing a place at Euro 2020 for the World Cup runners-up.

Wales kept alive their hopes of automatic qualification with a 2-0 victory over Azerbaijan in Baku.

Kieffer Moore put Wales into a 10th-minute lead before Harry Wilson headed in after Daniel James had seen his shot bounce off the crossbar and post.

Ryan Giggs’ men will now go into their final game against Hungary knowing victory would put them through as runners-up.

Poland secured top spot in Group G with a 2-1 win in Israel.

Grzegorz Krychowiak put the visitors ahead from a corner after just four minutes, with Krzysztof Piatek adding a second in the 54th minute. Israel had a goal ruled out for offside, before Munas Dabbur scored a late consolation.

Austria confirmed their place at Euro 2020 with a 2-1 win over North Macedonia in Vienna. Bayern Munich midfielder David Alaba put Austria ahead in the seventh minute, with Stefan Lainer making it 2-0 early in the second half.

Vlatko Stojanovski headed in a late consolation for the visitors.

Slovenia had earlier beaten Latvia 1-0 with an own goal from Igors Tarasovs.

Real Madrid playmaker Eden released the Borussia Dortmund winger into the left side of the penalty box, where he cut back inside before drilling the ball into the top corner after 19 minutes.

Eden Hazard made it 2-0 in the 33rd minute when he volleyed the ball in from Romelu Lukaku’s knockdown. The former Chelsea winger added a third just before half-time, slotting home an unselfish cutback from Kevin De Bruyne after the Manchester City midfielder had raced clear on goal.

Lukaku powered in a fourth with 18 minutes left as Belgium maintain their perfect qualification record to seal top spot. Spartak Moscow defender Georgiy Dzhikiya scored a late consolation for the hosts, who also confirmed their spot at Euro 2020.

Scotland beat Cyprus 2-1 to move into third. Ryan Christie put the visitors ahead after 12 minutes with a fine curling effort. George Efrem – who earlier saw his shot hit the crossbar and look to have bounced down over the line – equalised soon after the restart with a fine volley.

Scotland, who will go into the play-offs via their Nations League success, responded as Aston Villa midfielder John McGinn swept in from close range after 53 minutes for his fifth international goal in his last five matches.

Kazakhstan won 3-1 at San Marino, who remain pointless – but scored a first goal at home in 16 matches through Marco Bernardi in the second half.