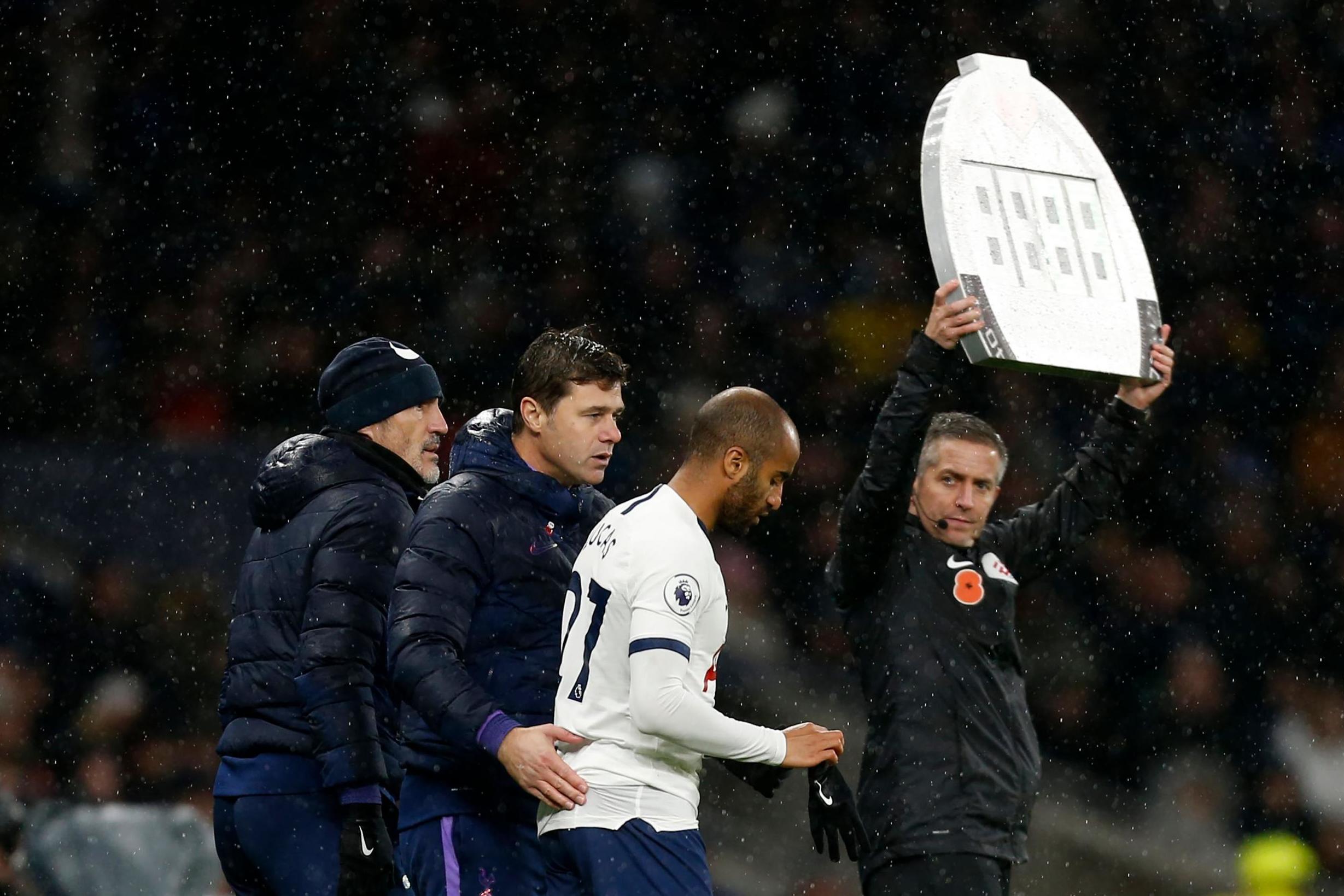 It is now 94 consecutive matches since Mauricio Pochettino named an unchanged team and, at this rate, you would not bet against the Tottenham manager reaching a century.

Injuries, bad luck and a multitude of factors have contributed to a run that long predates this troubled season but, nonetheless, Pochettino’s ongoing chopping and changing confirms that he, like everyone else, is still searching for answers to Spurs’s nosedive.

His significant decisions came in the middle, with Eric Dier and Giovani Lo Celso keeping their places at centre-back and central midfield ahead of contract rebels Toby Alderweireld and Christian Eriksen in a welcome indication that Pochettino is finally preparing to jettison players with no long-term future at the club and embrace the “next chapter”.

The manager seemingly remains caught in two minds, however, trapped in limbo between the old guard and a brave new world.

Pochettino seems to know, for example, that Alderweireld and Jan Vertonghen remain his two best centre-backs but, with neither likely to be at Spurs next season, he has to start playing Davinson Sanchez. How else could the Colombian, who partnered Dier in Belgrade and on Saturday, be expected to step into the Belgians’ shoes at the start of next season?

Pochettino also went against his cautious instincts by continuing with Tanguy Ndombele against the Blades, just three days after the summer signing played 90 minutes in Serbia. The France midfielder is still getting used to the pace of the Premier League and it was not a great surprise that he seemed to tweak his groin early on, with Pochettino afterwards claiming the 22-year-old’s discomfort unsettled Spurs until he was replaced by Harry Winks at half-time.

Winks is a curious case himself, having started the season as first-choice in central midfielder and a player Pochettino looked set to build the team around, only to find himself left out of the starting XI for the past three matches. He was not even included in the squad for the trip to Red Star.

There are other examples, like Kyle Walker-Peters, who began the season as Kieran Trippier’s replacement at right-back but has not played since the League Cup defeat at Colchester. Pochettino has also switched between formations, using 4-2-3-1 and 3-5-2 on Saturday, having spent much of the season in a 4-4-2 diamond.

Tottenham analysis: Five things we learned as Poch looks to the future


The inconsistency is a far cry from Tottenham’s heyday of 2016-2018, when it was possible to predict Pochettino’s XI nearly every week. Now, only Harry Kane, Heung-min Son and, perhaps, the recovering Dele Alli feel like certain starters in an ageing squad caught between two eras.

It is hard to blame the manager for experimenting, particularly when everyone at Spurs from Pochettino himself to Kane have struggled to pinpoint the cause of the malaise that leaves them cut adrift of the top four and even beginning to look over their shoulders down the table.

In fact, Pochettino deserves credit for his determination to find solutions for the worst slump since he arrived at the club but increasingly feels like he is trying a new tact new every week in the hope that something, anything will stick.