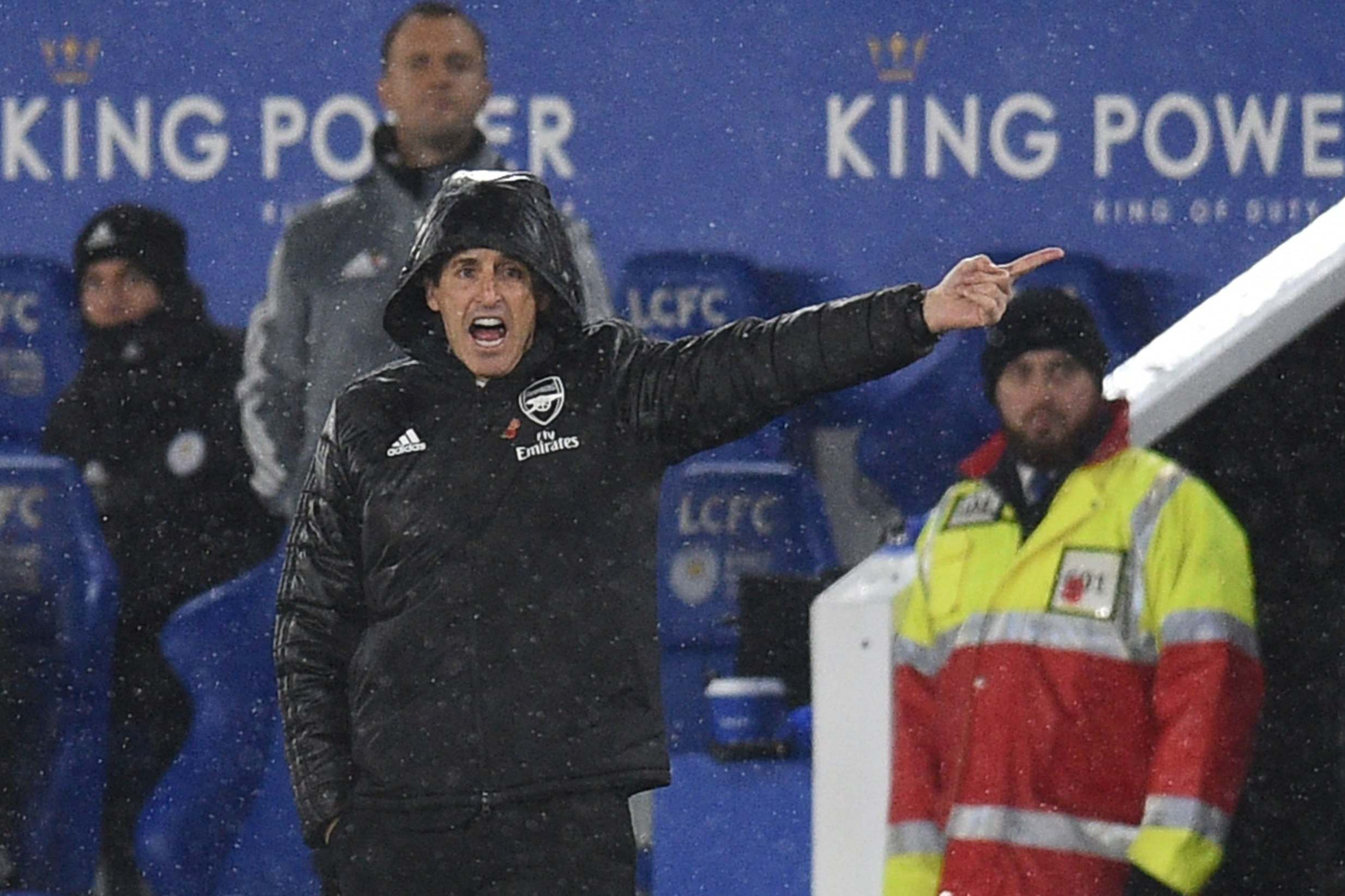 Concern is growing over elements of Unai Emery’s management, but Arsenal are determined to give the Spaniard time to turn things around.

The Gunners slipped to a 2-0 defeat at Leicester on Saturday which extends a poor run of just two wins from their last 10 Premier League games and leaves them eight points outside the top four.

Emery is under fire from a section of the club’s supporters who are disappointed at a poor run of form and a series of underwhelming performances, but the club hierarchy have not yet seen enough to convince them a change of course is required.

One report over the weekend suggesting Arsenal’s head of football, Raul Sanllehi, had met Luis Enrique to discuss the possibility of replacing Emery was privately dismissed and the club’s next six matches are seen as an opportunity to arrest the present decline.

After the international break, Arsenal host struggling Southampton at home before facing Eintracht Frankfurt, where a victory will secure top spot in Europa League Group F. Smooth progress in the same competition in which the Gunners reached last season’s final is a positive for Emery, as is the emergence of several young players this season, including Bukayo Saka, Joe Willock and Gabriel Martinelli.

The Gunners then face Norwich away, Brighton at home, and West Ham and Standard Liege away, before hosting Manchester City on December 15.

Although Brighton are enjoying a promising campaign under Graham Potter, this flurry of fixtures offers grounds for optimism and the Gunners simply have to improve during this period if they are not to fall out of contention for a top-four spot. Securing Champions League football remains the primary target Emery has been set.

It is understood encouragement has been taken from the clear game plan Arsenal implemented at Leicester, staying competitive in an even contest until Jamie Vardy  opened the scoring on 68 minutes.

The Gunners’ inability to respond after falling behind is an obvious area which needs addressing. Prior to Saturday’s defeat, they had also let leads slip in their previous four matches and Emery’s in-game management is an issue which some at the club have quietly suggested partly stems from his mediocre grasp of English.Meetings at the training ground are known to be numerous and long, but when a quick change of approach to Plan B is needed mid-match, some players are said to be confused about the instructions they are given

Freddie Ljungberg’s promotion to the first-team coaching set-up was, in part, designed to deal with this issue, particularly in helping the younger players in the squad, with whom he has a strong relationship, having worked with them in the academy.

Emery is in regular dialogue with Sanllehi, technical director Edu and managing director Vinai Venkatesham, who report to director Josh Kroenke. Kroenke Jr has taken on a more engaged role during the course of 2019, with Emery revealing the pair had spoken about how to manage the fall-out from Granit Xhaka’s angry confrontation with supporters last month.

More talks on that subject are planned during the international break and relations between Emery and senior figures at the club are thought to remain good for the time being. Nevertheless, antipathy is growing towards Emery among fans and that pressure will continue to build if results do not improve.

Speaking to Sky ahead of the Leicester match, Emery said: “Whether we win or lose, I prepare in the same way. When you win, the [fans] are happy. When you lose, they protest. But this happens at all the teams I have been at.”