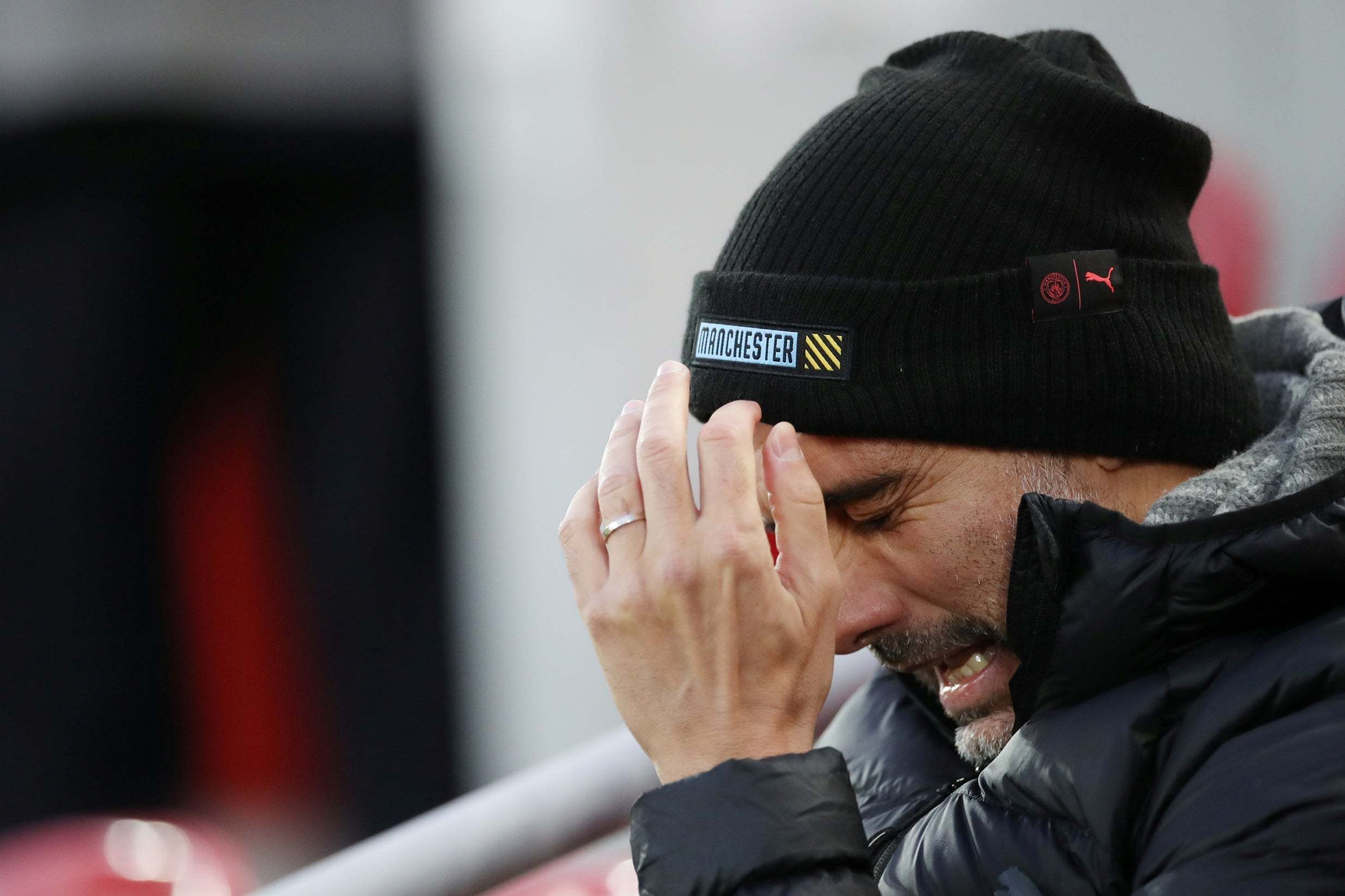 Arsene Wenger believes Manchester City’s hopes of defending their Premier League title are over, following their 3-1 defeat to Liverpool at Anfield on Sunday.

The result leaves Pep Guardiola’s men in fourth, nine points adrift of last year’s runners-up after 12 games, a deficit which the former Arsenal boss says is ‘too big’.

Jurgen Klopp’s side have dropped just two points so far this season, and have an eight point cushion over Leicester and Chelsea heading into the international break.

Wenger is no stranger to dramatic swings in Premier League title races – his Arsenal side bridged a 12-point gap to Manchester United to win the 1997/98 title – but says City have too much work to do.

“First of all, to lose a big game, it is terrible and you can see the reactions from both managers [last night], how much pressure they are under and how much a game like that means,” he told BeIN Sports.

“Guardiola will go home and be absolutely devastated, more than you think. If you think of a quantity, add 100 percent to that.

“Overall, nine points is too big a difference for Man City after 12 games.”