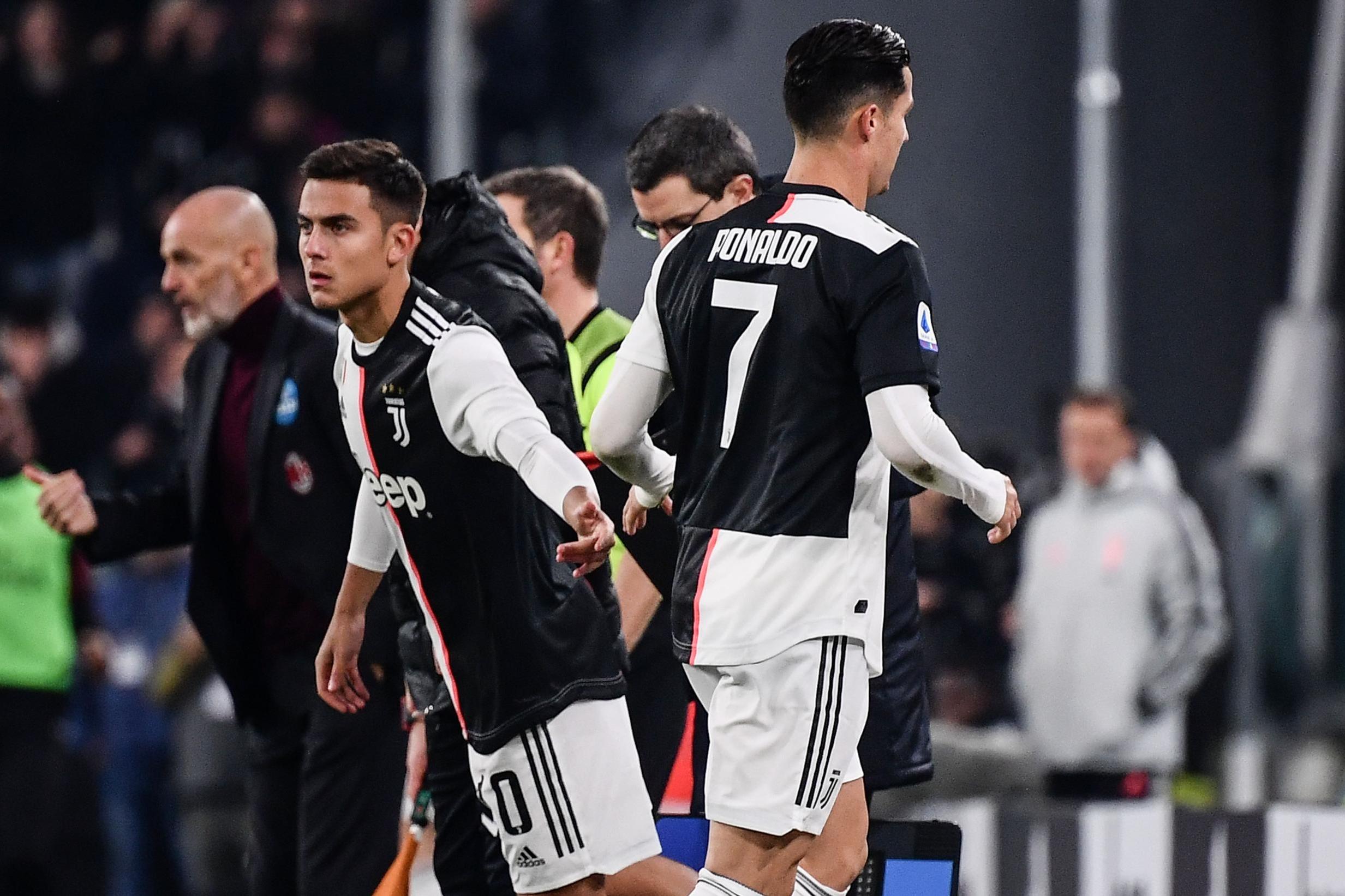 Maurizio Sarri was uncertain whether Cristiano Roanldo left the Allianz Stadium before the final whistle in Juventus’s 1-0 win over AC Milan on Sunday.

Paulo Dybala struck the only goal after stepping off the bench to replace Ronaldo, who reacted angrily to being hauled off early in the second half.

A disgruntled Ronaldo gave Sarri a piece of his mind before charging down the tunnel, and Sky Sport Italia reported that the five-time Ballon d’Or winner left the stadium before full-time.

“Disrespectful to his team-mates? Like I said, I don’t know,” Sarri said after the game.

“If it’s true that he left before the end it is a problem to be resolved with his team-mates.

“I have no problem with Cristiano, he should be thanked because he made himself available despite not being in the best condition.

“In the last month he has had discomfort in his knee and this is a little problem for him.”

Sarri revealed Ronaldo, who was also taken off in Wednesday’s Champions League win in Moscow, has been struggling with an injury, and did well to prove his fitness in time to make the starting XI to face Milan.

“The important thing is that he made himself available. If he gets angry when he comes out this is part of the game,” the Juventus coach added.

“It’s only natural a player is going to be irritated about leaving the pitch, especially when he worked so hard to be there.

“All players who are trying to give their best will have at least five minutes of being annoyed when they are substituted, but a coach would in general be much more worried if he didn’t seem upset.”

Tottenham news: How Gareth Bale’s self-belief got him through Spurs winless...