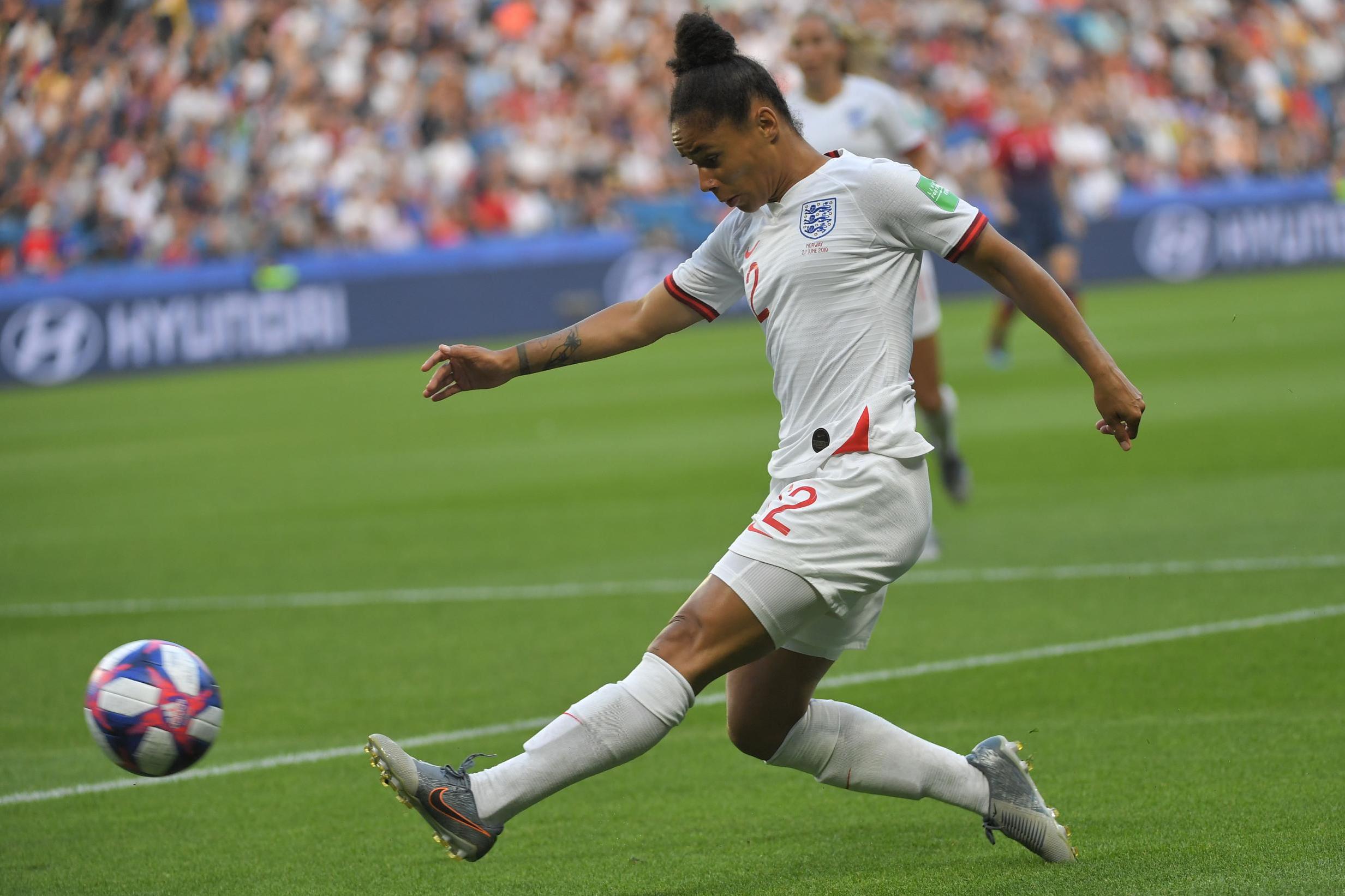 England defender Demi Stokes has hailed the achievement of selling out Wembley for Saturday’s friendly against Germany as a victory for all of women’s sport.

The Lionesses are set to take on the two-time world champions in front of a potentially record-breaking crowd, having sold out the 90,000-seat stadium.

It is another huge sign of the popularity of women’s football following England’s exploits at the World Cup last summer.

Stokes says the accomplishment is one to be shared with women across various sports, citing boxer Nicola Adams and Olympic champion Jessica Ennis-Hill as inspirations.

“Is it a win for women’s sport? Yeah,” said Stokes.

“We all want to win and sometimes that doesn’t happen but you do need to remind yourself that there is a bigger picture, you are inspiring people, giving women hope.

“You can see conversations are starting, people are planting the seeds and that is what you want. We are very fortunate because conversations were started and from that performances get better and now we’re professional.

“I think it is massive for women’s sport and if people can keep pushing, every little bit, it will help.

“You want to see people succeed and I think as a woman it is not easy. You have got to balance other things.

“People want kids, people have kids, so they are balancing all types of things.

“When you see Jessica Ennis or Nicola Adams you think: ‘God, if they can do it then I can, I don’t have kids to juggle!’ You want to see everyone win.

“Especially kids coming through now you do see it. You get Dads saying ‘she wants to be like you’ and actually, she’s probably in a better position to go even further.

“The opportunities are there with schools, we have thousands of young women wanting to take part since the World Cup. I think it will keep propelling forward.”

Stokes won the FA Cup Final at Wembley with Manchester City earlier this year and says while playing there for England is a new level of pressure, the squad must not get carried away with the occasion.

“It is another step up isn’t it,” she said. “It is just taking the process and not changing too much because you train, do all the right stuff.

“If you start changing things that is when you can get lost. Stay level headed and taking the game as it comes.”