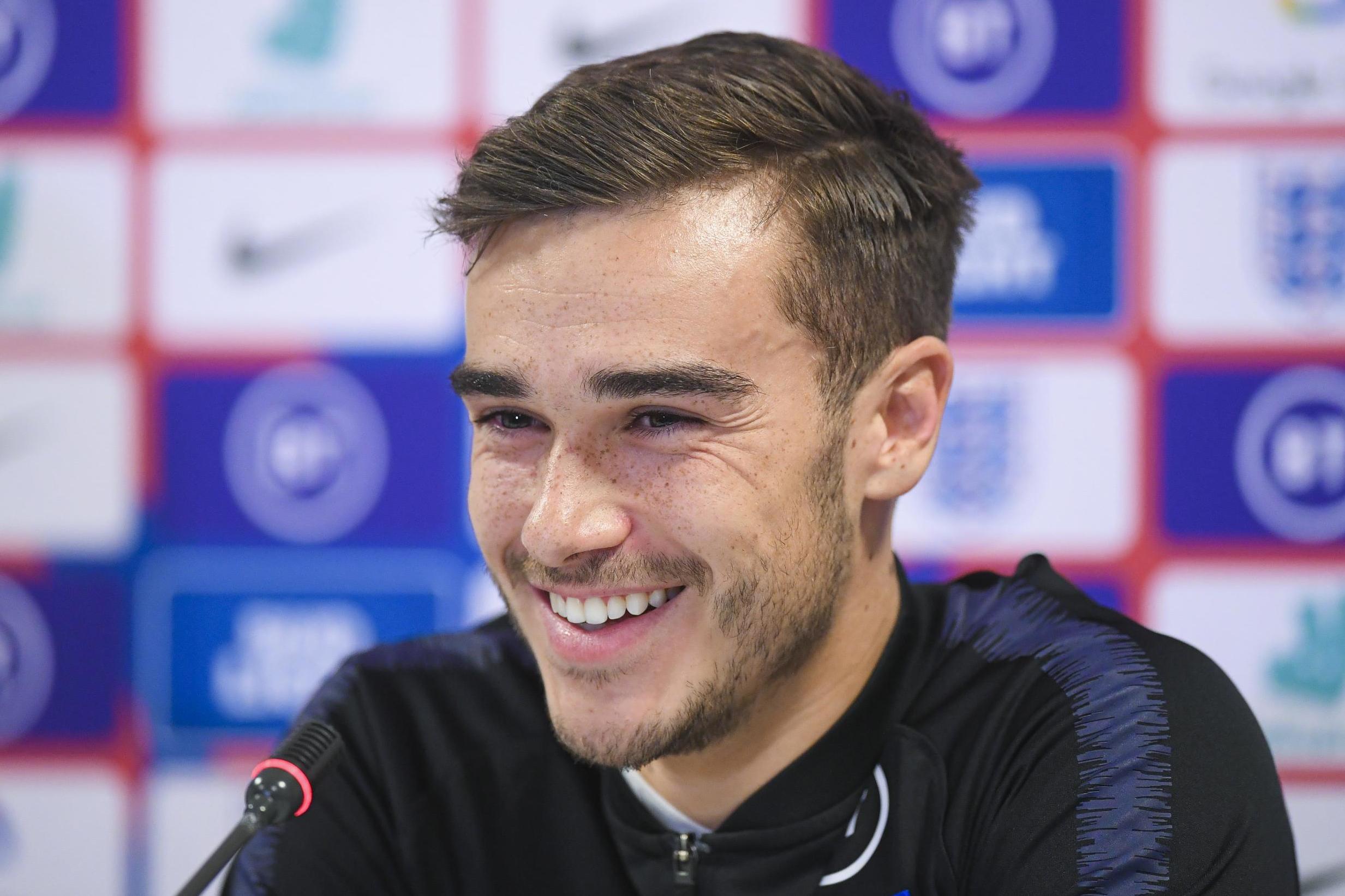 Harry Winks will attempt to stake his claim for club and country when the out-of-favour Tottenham midfielder starts once more for England on Sunday.

The 23-year-old has only made 13 appearances for Tottenham this season and missed out on their last three starting line-ups.

Yet Winks has played a more important role for England, with the midfielder starting Sunday’s Euro 2020 qualifier in Kosovo on the back of 90 minutes in Thursday’s 7-0 win against Montenegro.

“Every time you get the opportunity to play for your club and country, it’s important that I can put in a positive performance,” the midfielder said in Pristina.

“First and foremost, I want to play in this team and I want to do myself as much justice as possible.

“You know, tomorrow is going to be a game that we’re not taking lightly at all.

“There’s a lot of competition at the moment in this group and everybody is performing so well for their club.

“So, in some respects, it’s a good thing because you feel like you have to always be on top of your game, and that’s only a positive for both myself, the club and the country as well.

“Because, obviously, I want to improve and want to help others improve as well.

“There are so many players that are pushing for positions and places, and as long as I stay on top of my game and as long as everybody else does (as well), it will be a good selection problem for the gaffer and hopefully we can make that as difficult as possible for him.”

Winks was omitted from Mauricio Pochettino’s squad when Spurs faced Red Star Belgrade in the Champions League earlier in the month – not ideal with Euro 2020 looming next summer.

“No, I mean, I never spoke to the manager about why I was left out, but I assumed it was a tactical decision and, you know, it was the manager’s decision and of course I respect that,” he said.

“And I worked hard in training during the week to try and get back to them.

“Going into the Premier League, going back after the international break, it’s going to be important to try and get as many games as possible and start as much as I can.

“And let’s hope that happens here with England, performing well and then going back and training well and keeping the levels high, because that’s the most important thing when you’re trying to play for Tottenham and England.”

The same goes for team-mate Harry Kane, who has scored 19 in 20 appearances for club and country this season – as well as netting in every Euro 2020 qualifier.

“It is yes, and I think the one thing that everyone can say about Harry, really, is his mentality,” Winks said.

“He’s got such an elite mentality, and all he ever wants to do is improve and get better, and that’s probably why he’s one of the best strikers in the world at the moment – because his mentality is never to rest or be happy with what you’ve done.

“He’s always striving for more and he’s a good role model and that’s obviously why he’s been made captain.

Yaya Toure names player that should have won Ballon D’ Or...