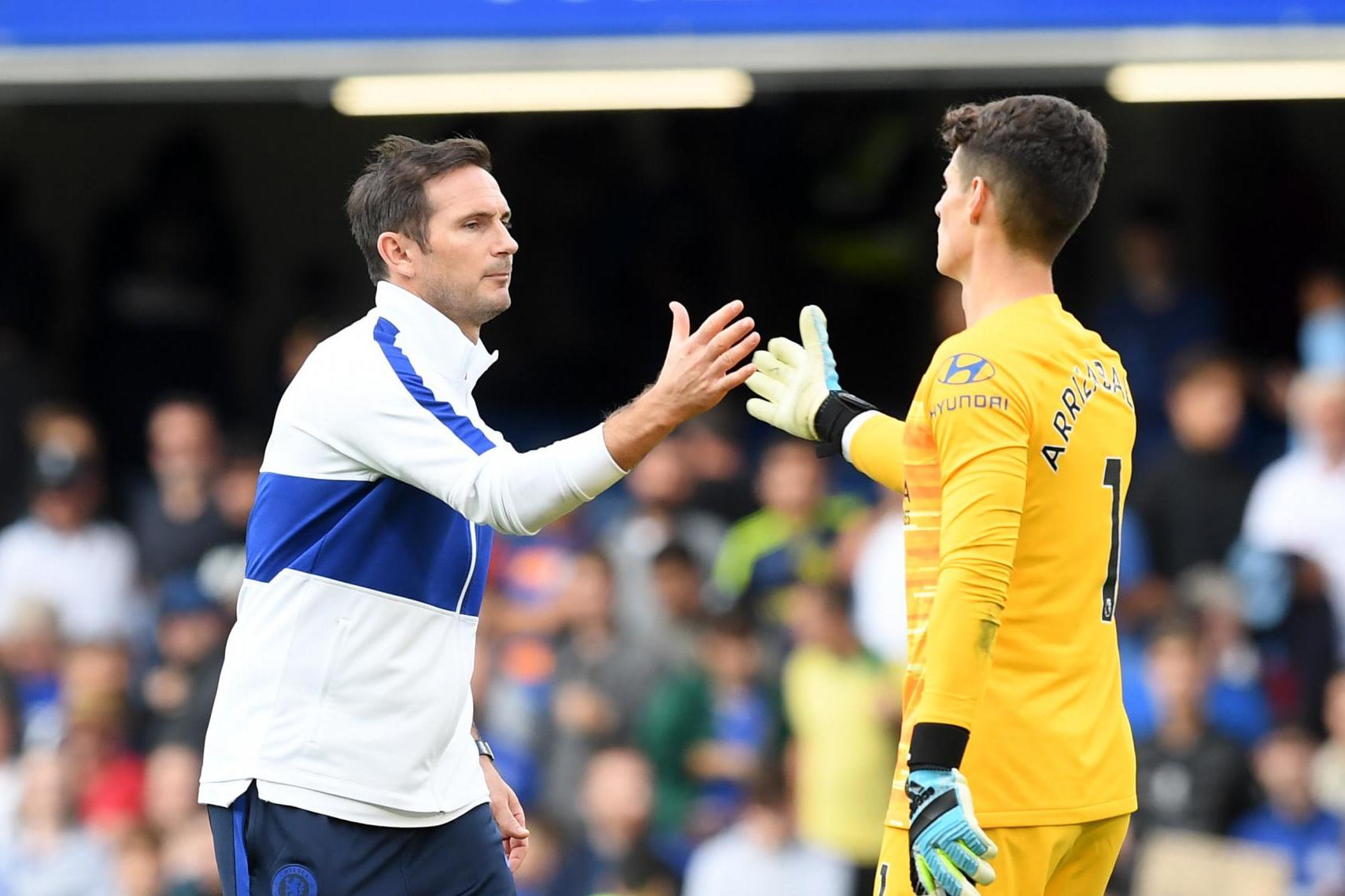 Kepa Arrizabalaga has hailed Frank Lampard’s impact at Chelsea and claimed “I am lucky to have him as a coach”.

The Blues host Crystal Palace at Stamford Bridge on Saturday aiming to continue a fine run of eight wins from their last 10 matches in all competitions.

Chelsea are so far exceeding expectations given Lampard’s inexperience as a manager and the Fifa transfer ban preventing any summer signings. That is, of course, aside from Mateo Kovacic’s loan deal becoming permanent and the pre-agreed £58million deal to sign Christian Pulisic from Borussia Dortmund.

Arrizabalaga said: “He is a coach who was and is a legend at the club. He was a very important player during his career.

“Now he is in his second year as a coach, but he is sharing all his experience, everything he knows about football. I am very lucky to have him as a coach. Of course, we still must grow as a team.”

England boss Gareth Southgate revealed when calling up Ross Barkley and Mason Mount on Thursday that Barkley is a bigger injury doubt than Mount.

Both are struggling with ankle problems, but are hopeful of being fit while N’Golo Kante is set to return from a groin injury with Jorginho suspended.

Palace boss Roy Hodgson will mark his 300th game as a manager in the Premier League on Saturday.

The 72-year-old, who is in talks with Palace over a new contract, says his standout moment in the top flight is leading Fulham to their great escape in 2007-08.

He said: “We had been ‘relegated’ for many weeks and got ourselves up to a position in the final game where if we won [beat Portsmouth 1-0] we would actually survive. But there have been many highlights.”