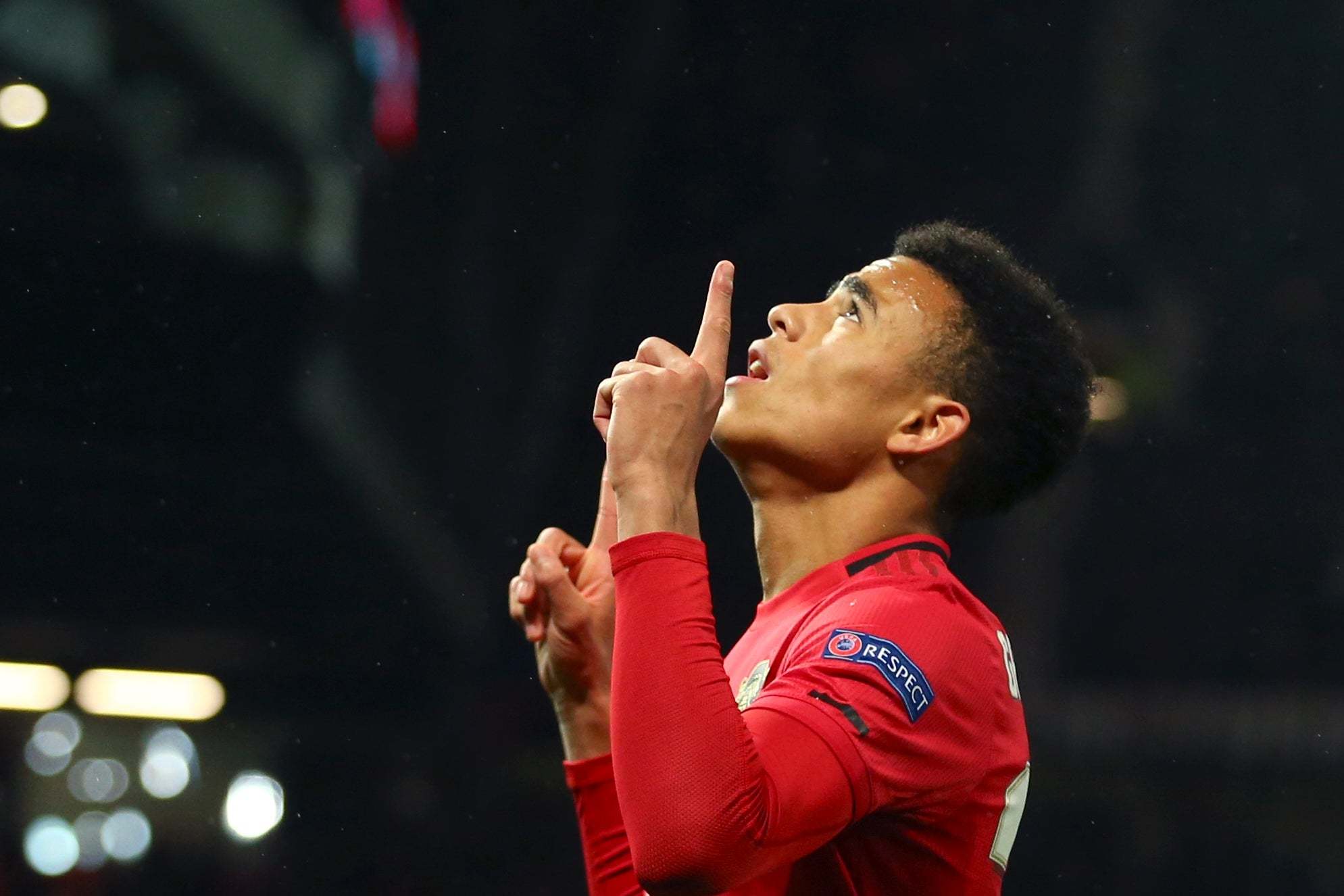 But the teenage sensation has already been brought down to earth by Ole Gunnar Solskjaer in his breakthrough season.

Greenwood is considered one of the brightest prospects to emerge from United’s academy since the famed Class of 92, with Scholes claiming he will develop into a better goal-scorer than Marcus Rashford.

And he enhanced his reputation with a third goal in four starts to open the scoring in the 3-0 win against Partizan Belgrade.

It led to immediate calls for Solskjaer to give the 18-year-old more first team opportunities – particularly in the Premier League.

But the United manager revealed he has had to show tough love to Greenwood – warning him he needs to prove himself to be accepted by the dressing room.

“If he’d really stamped his authority in training every single day and been the best option, he would have played every game,” said Solskjaer. “But as a young boy you expect ups and downs and he’s had some downs. But I think he is on his way up again.

“Mason is going to have a very big career, but sometimes it is not the right time to play him. He knows why he hasn’t played as much.

“He needs to learn the man’s game. He’s gone up from the under 18s last year, now he’s training with the first team every day and you can’t just turn that switch on and off. You’ve got to perform every day if you are going to be accepted by a group like this.”

Greenwood has enjoyed a meteoric rise under Solskjaer, who promoted him to the first team and handed him his senior debut.

But he was dropped back down to the under-21s last week when asked to play in the Football League Trophy at Doncaster. He responded with a 90th minute winner.

Solskjaer added: “We’re taking our time with him. It’s been a difficult period. Anthony (Martial) has been away, so to put all the weight on his shoulders wasn’t right either.

“I think we are finding the right balance between playing him, resting him and training him.

“You always get assessed on results now, but the DNA of this club – and it’s always been in our philosophy and my philosophy to give young players with the right attitude a chance.

“If that takes a couple of years for him to really, really come through, it’s worth it for us.

Greenwood opened the scoring against Partizan as Rashford wasted a host of golden opportunities before finding the back of the net after half time.

Speaking on BT Sport, Scholes said: “’If Marcus lacks anything it’s a little bit of composure in front of goal. I think Greenwood will eventually be a better goal-scorer than Marcus.”

Solskjaer agrees the young striker is a deadly finisher.

“It is just what he does, it is natural to him,” he said. “Right foot, left foot – I still don’t think he knows which is the best one, which is very difficult for defenders to defend against.

“He’s doing his finishing practice. I can see it every day. The good thing is he can do it at Old Trafford in front of a full crowd or 62,000, he doesn’t get fazed by the occasion.

“He’s still composed. Whether that’s a game with his mates in the park or a cup final he will still finish the same or Premier League, hopefully.”