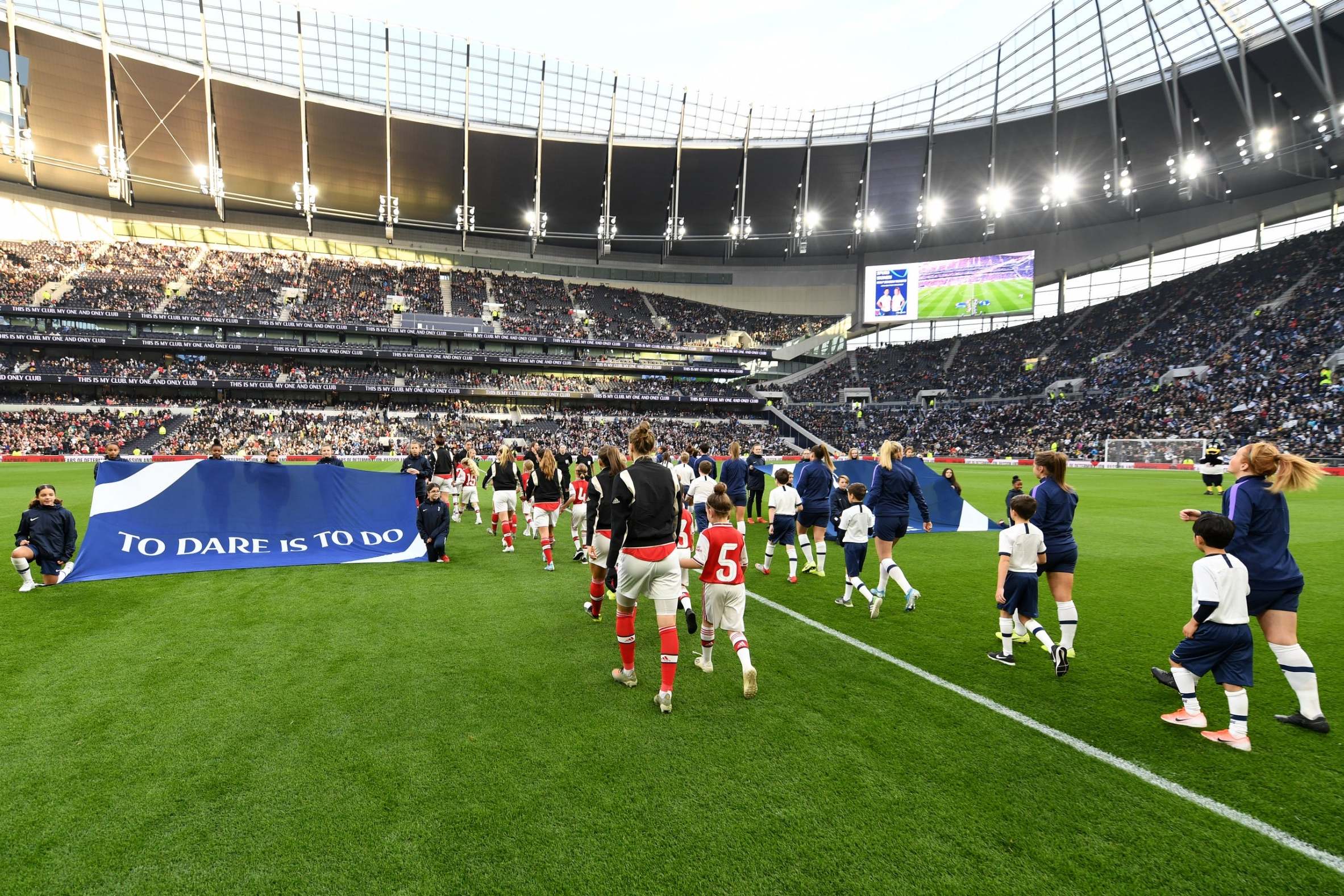 There have been so many records in women’s football in recent weeks, it is becoming hard to keep track.

A combined attendance of 74,247 watched the six games in the Women’s Super League on Sunday and the first ever top-flight fixture between Tottenham and Arsenal attracted a record crowd of 38,262 on what was described as “absolutely momentous” day for the game.

A week after England played Germany in front of 77,768 fans at Wembley, a crowd of 23,500 watched the derby between Liverpool and Everton.

Chelsea’s home game against Manchester United at Kingsmeadow saw a record crowd, too, with the 4,790 sell-out a new best for a WSL game at a non-Premier League stadium.

Tottenham co-head coach Karen Hills said: “This is the progression of women’s football. If I’m honest, it shouldn’t be a moment — it should be something that hopefully becomes the norm.

The attendance at Tottenham Hotspur Stadium surpassed the 31,213 that watched the Manchester derby on the opening weekend of the season.

The last time Tottenham and Arsenal met in a competitive fixture, in 2017, the Gunners won 10-0 in an FA Cup tie. This game was much tighter, while it also featured the rare sight of a special section reserved for visiting supporters. Spurs frustrated Arsenal until Kim Little broke their resistance in the ­second half. Vivianne Miedema then capitalised on a mistake from Anna Filbey to secure a 2-0 win for the reigning WSL champions.

Arsenal defender Leah Williamson: “I’m really proud to be part of the day, especially with the record attendance. It’s quite special and a bit surreal because I didn’t know I would have experienced this in my career.

“It was a good way to do it with having the Arsenal away section. Just before the goal, they started chanting, I could hear them loud and clear and it gave me goosebumps.”

The result should matter more than the turnout but the crowd showed the women’s game is going from strength to strength. Arsenal manager Joe Montemurro said: “It was an amazing occasion. Credit to those planning it for playing on a day when there are no Premier League games.

“With some good planning, there are opportunities for us to get even bigger crowds. It was great to be part of ­something and you can really start to the see the ascendancy of where the game is going.

“To have the passion, to have the rivalry, it was fantastic. I’d be lying to you, being a Gooner, if I said that it wasn’t a great occasion for us.”

Spurs goalkeeper Becky Spencer said: “It was a battle on the pitch, while off the pitch both sets of fans were backing us all the way.

“It’s important we have more derbies in our league.”