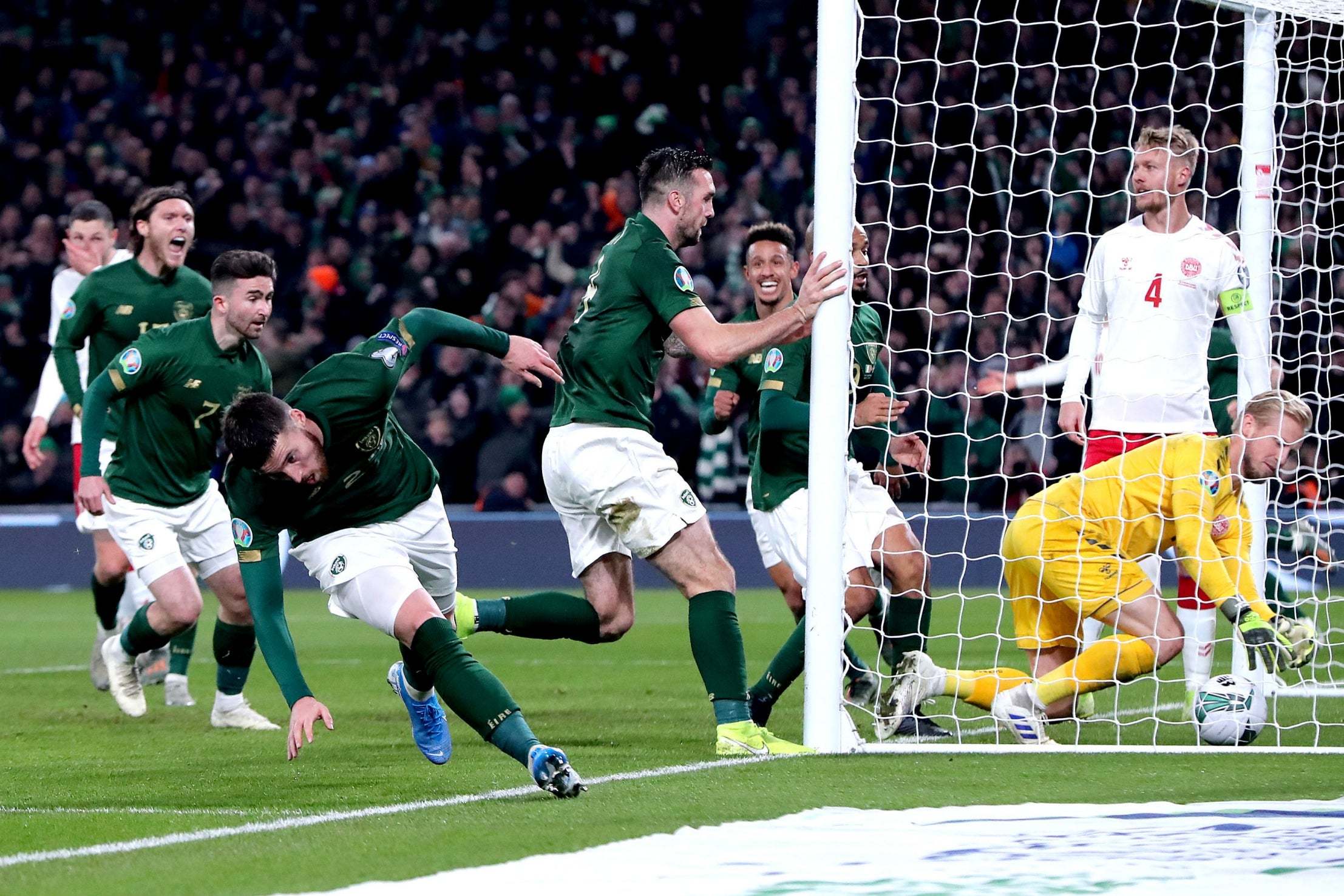 The Republic of Ireland’s hopes of sealing automatic qualification for Euro 2020 were ended after they were held to a 1-1 draw by Denmark in their must-win clash in Dublin.

Mick McCarthy’s side went into their final Group D game knowing victory over the leaders would see them reach next summer’s tournament, and were on the brink as Matt Doherty’s first international goal cancelled out Martin Braithwaite’s opener, but could not find a late winner.

The result means Switzerland, who comfortably beat Gibraltar in their concluding fixture, qualify as group winners, with Denmark also through in second, leaving Ireland to face a playoff campaign in March.

The Danes suffered a nightmare start when they lost Borussia Dortmund midfielder Thomas Delaney to injury less than 15 minutes in, and he was followed off by Andrea Cornelius, who looked to pull a hamstring just after the half-hour mark.

Ireland enjoyed the better of the first period, but Conor Hourihane missed the best chance of the half, sidefooting straight at Kasper Schmeichel, while Alan Browne fired just wide.

They had a penalty appeal waved away shortly after the break when David McGoldrick appeared to be being held in the box, before Ciaran Clark headed over from a Hourihane corner.

But despite the growing pressure, Ireland were undone as a cross from Brentford defender Henrik Dalsgaard found Braithwaite to toe home.

Doherty’s header on 85 minutes set up a grandstand finish, but there was to be no fairytale winner.