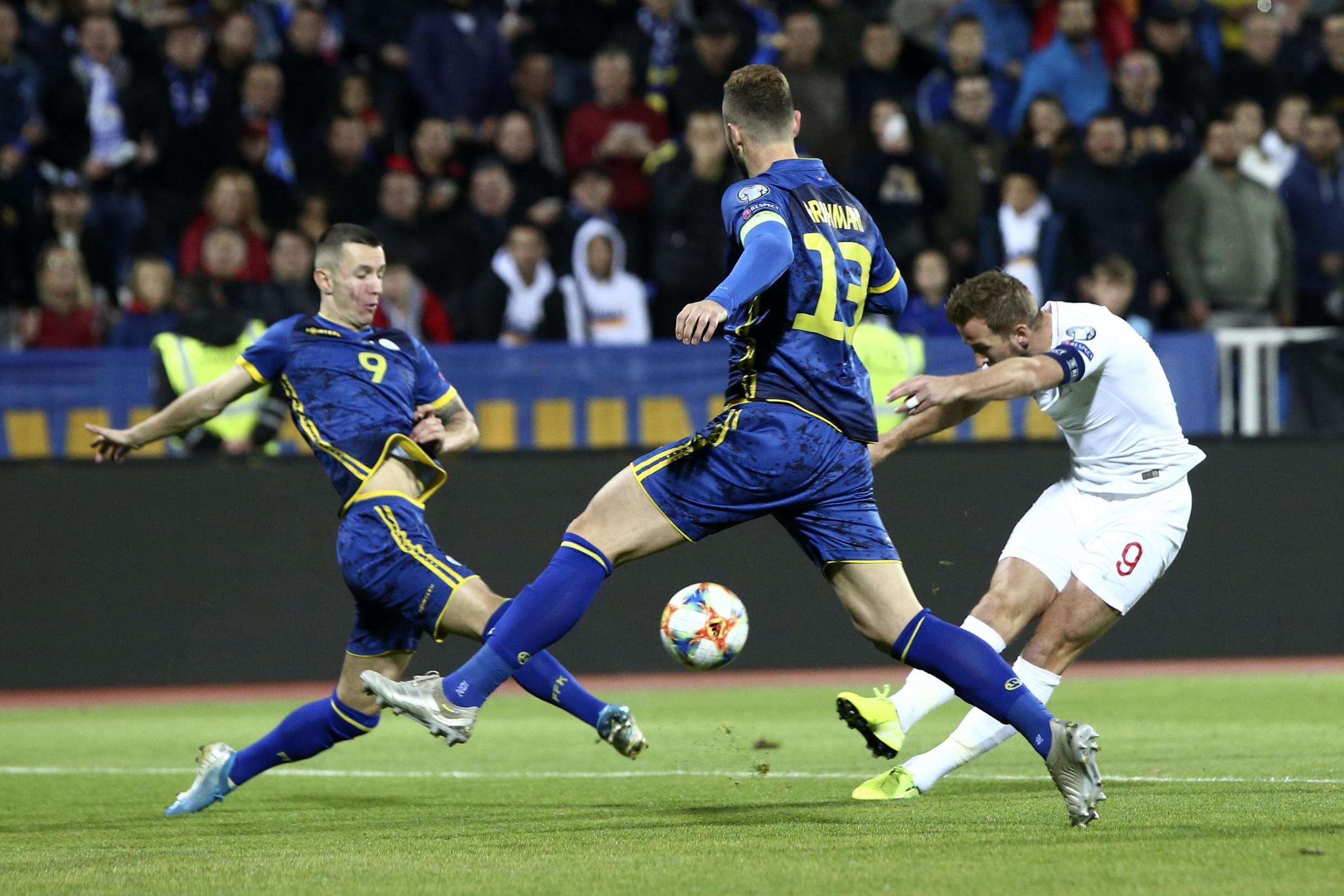 Harry Kane became the first England player to score in every match of a qualification campaign with the second goal in Sunday’s 4-0 win over Kosovo.

Harry Winks’ first-half goal put Gareth Southgate’s side in front but the visitors had to wait until the final 12 minutes to finish off Kosovo, with Kane, Marcus Rashford and Mason Mount adding late goals.

Kane made sure he scored in all eight qualifiers, tucking away a chance as Raheem Sterling’s deflected cross looped into the captain’s path.

“It was a difficult game. The pitch was poor and they were really up for it,” said Kane.

“But we got it right in the end. As a striker I want to be scoring goals and winning games. It was great to get another goal there. Hopefully I can keep that going.”

The strike also ensured Kane became the first England player in more than 90 years to score 12 goals in a calendar year, equalling the record first set by George Hilsdon in 1908 and matched by Dixie Dean in 1927.

England, who had already qualified for Euro 2020, won Group A with 21 points and 37 goals scored. They finished six points clear of second-place Czech Republic. Kosovo ended third on 11 points and can still advance through the play-off process