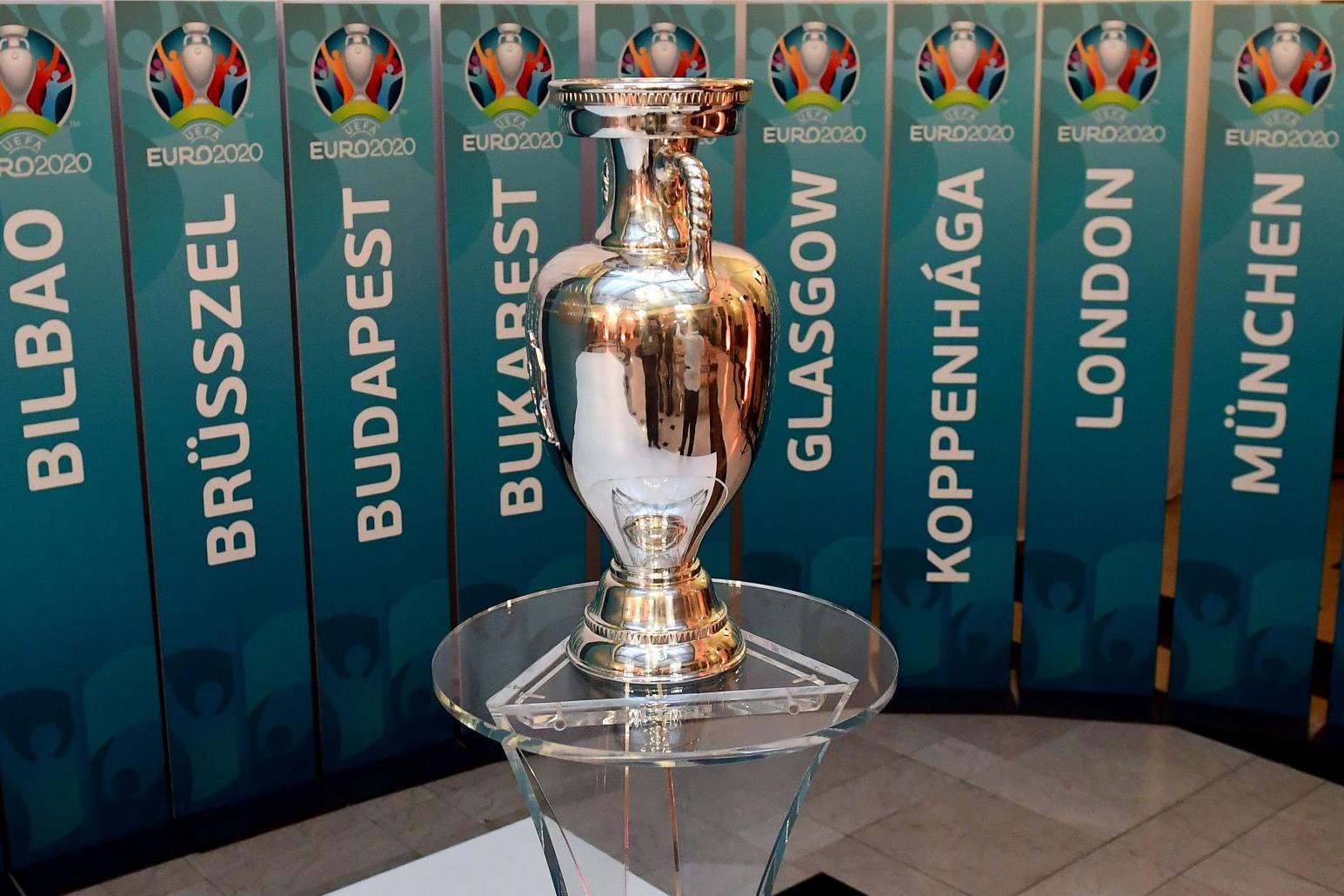 Welcome to the Evening Standard’s LIVE coverage of Euro 2020 qualifying, with one night of group-stage action remaining.

Wales will book their place at Euro 2020 by beating Hungary in Cardiff, ensuring there is no need for the play-off spot which Ryan Giggs’ side have already secured.

The final positions of Groups A to J will be decided tonight, as well as who will get the chance to enter the play-offs for one of the remaining places at next summer’s finals.

Gareth Bale and Aaron Ramsey are both available after coming through the Azerbaijan game unscathed after their recent injury problems.

Skipper Bale played an hour in Baku before being replaced by Ramsey, who was making his first appearance in Euro 2020 qualifying.

Ramsey has yet to play 90 minutes this season and might be used as an option from the bench again, but Joe Allen is set to return from suspension to replace Joe Morrell.

“As always, it’s a bit of a balancing act,” Giggs said. “The players you more or less know who won’t be able to do 90 minutes, and that will impact on the selection.”

The Manchester United legend was an unpopular choice among many Wales fans to succeed Chris Coleman in January 2018, with a poor attendance record as an international player held against him.

But Giggs has won over some of his critics during a five-game unbeaten run, which has shown steady signs of progress and taken Wales to the brink of Euro 2020 qualification.

“We just need to show the quality we’ve shown lately,” he said. “We have got that momentum. I think we’ll have to be better than we were the other night (when Wales beat Azerbaijan 2-0 away) if we are going to win.

“But I believe in the players. I believe in the group that we’ve got and the qualities they possess. Experience counts for a lot, but what I’ve seen in the young players is coming in and being fearless. So they help each other.

“The younger players can inspire the older players and vice versa.

“We’ve got a good balance of players who’ve been there and done it, and also players who are hungry to recreate what the other lads did in 2016.”

Giggs calls for Welsh dragons to breathe fire
Ryan Giggs says Wales are ready to recreate the “amazing” atmosphere of Euro 2016 by qualifying for another European Championship.

Wales reached the semi-finals in France after ending a 58-year wait to play at a major tournament, with football fever gripping the nation like never before.

Giggs’ side will book their place at Euro 2020 by beating Hungary in Cardiff tonight, ensuring there is no need for the play-off spot which they have already secured.

Asked whether qualification would atone for his failure to grace a major tournament as a player, Giggs said: “It’s not about me. It’s about the country as a whole.

“The team in 2016, everyone, whether you were involved or a fan or watching on TV, it was amazing. If we can recreate that atmosphere, it’s fantastic. It’s not about individuals. As a player, that’s over now. Now I’m a manager.

“I think we’ve put ourselves in a great position. We’ve still got one game to go and a tough game, so we’ll need to win that to qualify.”

Hello and welcome to our LIVE coverage of today’s Euro 2020 qualifying drama!

England ensured they will be among the top seeds for next summer’s European Championships after wrapping up their qualifying campaign with a 4-0 win over Kosovo on Sunday.

Bulgaria’s surprise win over the Czech Republic did nothing to alter the qualifying picture, but looks likely to cost the Czechs in terms of seeding, as they drop from pot two to pot three for the November 30 draw. Kosovo will play North Macedonia in their playoff semi-final.

Ukraine needed a 93rd minute equaliser to earn a 2-2 draw away to Serbia on Sunday and secure the point they needed to be sure of a pot one seeding, having already won the group.

Cristiano Ronaldo’s 99th international goal helped book Portugal’s spot at the finals with a 2-0 win over Luxembourg, meaning Serbia will have to face a playoff. However, the Portuguese will be down in pot three for the draw.

Northern Ireland’s hopes of automatic qualification were ended as they could only draw with the Netherlands, a result that allowed Germany to go top with victory over Belarus.

Both the Dutch and the Germans are already through, with the latter able to seal the group and a top seeding with a win over Northern Ireland on Tuesday, though any slip up would leave the door ajar for their old rivals.

Northern Ireland will be in playoff path B, with their opponents to be confirmed, while Belarus will play Georgia in the path D semi-final.

The Republic of Ireland’s 1-1 draw with Denmark on Monday ended their automatic qualification hopes, and they must now face a playoff in March.

That result allowed Switzerland to leapfrog the Danes to win the group with a thrashing of Gibraltar.

Croatia have already played all of their games and are through as group winners with a pot two seeding.

Hungary face Wales in a winner-takes-all clash for the second automatic spot, but were they to draw, Slovakia could steal in by beating Azerbaijan. The two teams that miss out will be in the playoffs.

Spain rounded off their campaign in style with a 5-0 thrashing of Romania to secure a pot one seeding.

Sweden are safely through in second, while Norway already know they will play Serbia in a playoff. Romania’s playoff path is TBC.

Poland have already won the group. Austria sealed qualification by beating North Macedonia on Saturday, though the Macedonians had already secured a playoff spot via the Nations League and will host Kosovo. Israel will also be in the playoffs on the back of their Nations League performance, but may yet have to play in path A.

France sealed top spot with a 2-0 victory over Albania on Sunday, but need both Germany and the Netherlands to slip up in their final game if they are to be a number one seed.

Turkey are safely through in second, while Iceland, as the only Nations League A team not to qualify automatically for Euro 2020, are sure of a path A playoff spot.

Belgium have already won the group and secured a pot one seeding. Russia are also through, while Scotland know they will host a playoff semi-final and, should they win it, face either Norway or Serbia for a place at Euro 2020.

Italy are also through as group winners and guaranteed to be in pot one, as the only team to have qualified with a 100 per cent record so far. Finland have qualified for their first major tournament but defeat to Greece in their final game means they will be in pot four.

Bosnia and Herzegovina’s Nations League success means they are guaranteed a home playoff in path B.

*As it stands, a draw will decide which of Bulgaria, Israel or Romania fill the empty slot in Path C, and which two go into Path A.

**As it stands, a draw will decide which three of Wales, Slovakia, Republic of Ireland or Northern Ireland would join Bosnia & Herzegovina in Path B, and which one goes into Path A.

Musa is back! Nigeria Forward set for Al Nassr’s return in...