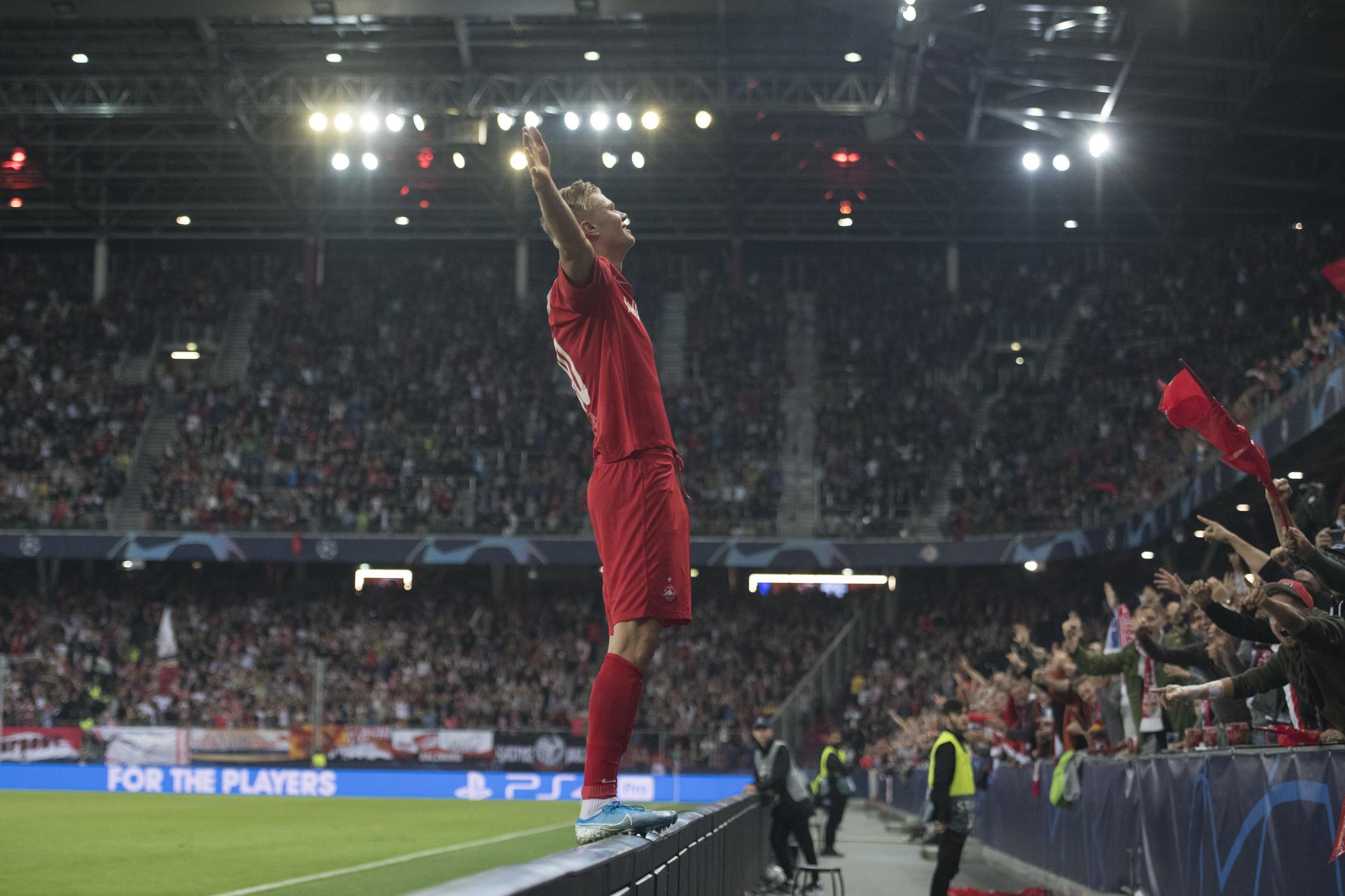 Erling Braut Haaland could cost Manchester United as much as £85million if they firm up their interest in the Norwegian starlet in January.

But that price is in danger of sky-rocketing even higher if Ole Gunnar Solskjaer waits until the end of the season to make his move.

RB Salzburg are believed to have placed a €100m valuation on their free-scoring striker, less than a year after signing him from Molde for a fee of around £4.5m.

And given his remarkable scoring feats this season – with 26 goals in 18 matches, including taking the Champions League by storm with seven in five group games – that figure could soon look like a bargain.

Solskjaer has been assured he has the funds to sign a top-class striker when the window reopens.

The United manager has been holding monthly meetings with his recruitment team to narrow down a shortlist of three – with Everton’s Richarlison among the alternatives to Haaland.

Solskjaer has ordered scouts to watch 19-year-old Haaland closely, with United weighing up a mid-season move.

Now That Tammy Abraham Is A Lion, What Next For The...