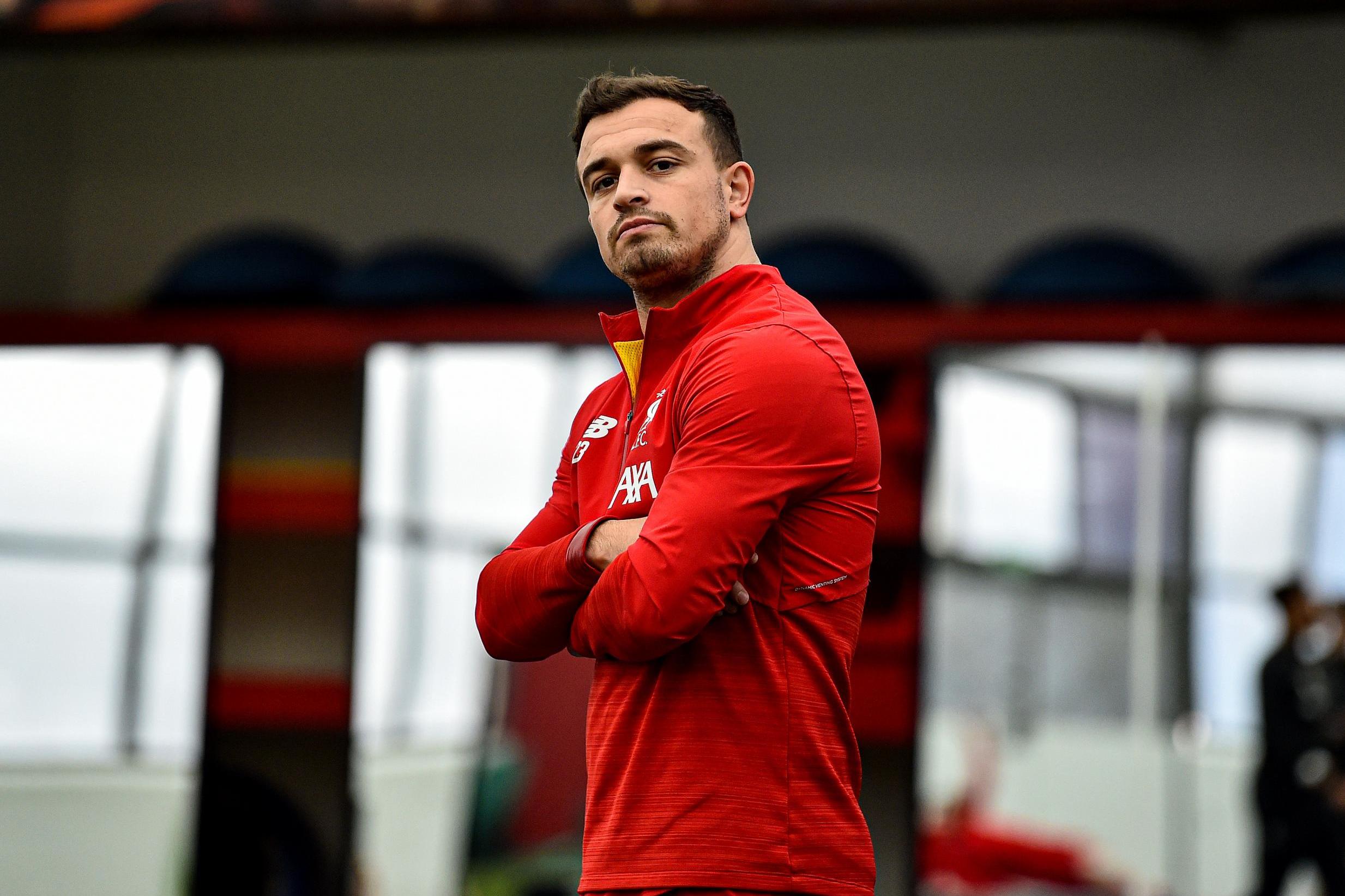 Liverpool have been handed a major fitness boost after Xherdan Shaqiri returned to full training ahead of Saturday’s visit to Crystal Palace.

The Swiss forward has been out since sustaining a calf tear in training ahead of a Carabao Cup visit to MK Dons in late September.

Shaqiri had been expected to make his first start of the season at Stadium MK, but was instead consigned to a lengthy stint on the sidelines.

However, that appears to be close to an end after the 28-year-old played a full part in training on Tuesday afternoon.

Consequently, Shaqiri could now be in line for a return to the first-team squad at Selhurst Park.

Jurgen Klopp faces a nervous wait on both Mohamed Salah and Andy Robertson, who are still considered major doubts for this weekend’s game.

Salah injured his ankle during the second half of the recent win over Manchester City, while Robertson was forced to miss two international fixtures this week with a similar issue.

Joe Gomez also had to withdraw from England duty after picking up a knock in training, and missed Tuesday’s session at Melwood despite his early return.

However, the defender is currently rated as more likely to be involved against Roy Hodgson’s side than either Salah or Robertson.