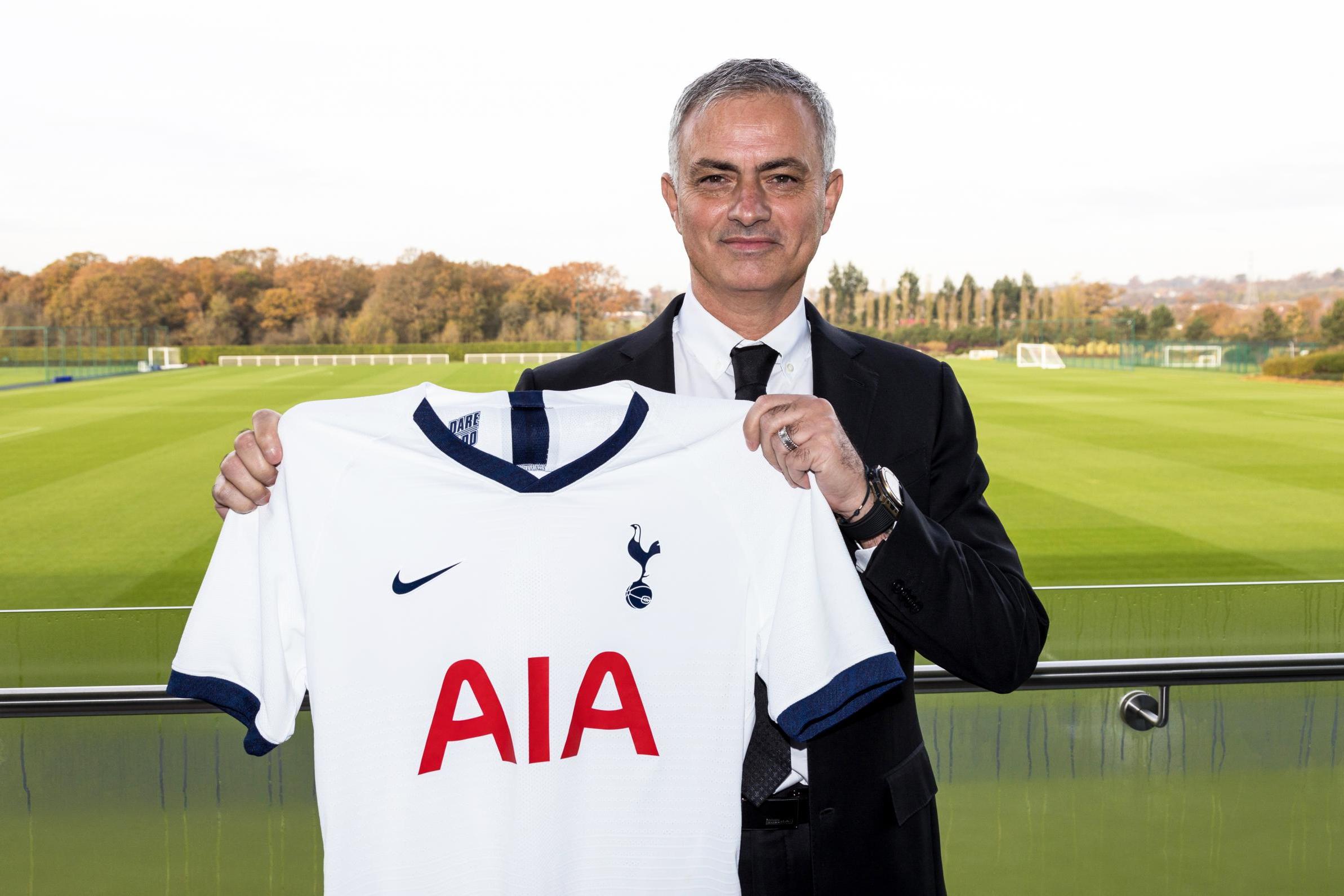 New Tottenham boss Jose Mourinho is expected to be in the dugout for Saturday’s match at West Ham after taking training for the first time this afternoon, less than 24 hours after Mauricio Pochettino’s sacking.

The 56-year-old signed a three-and-a-half year contract overnight to ­succeed Pochettino before he was due to ­arrive at the club’s Spurs Lodge ­training base to meet the first-team squad.

Training was set to be rescheduled from a morning session to give ­Mourinho the chance to settle in before overseeing his first session at the end of a frantic few days.

There were ten hours and 59 minutes between the official club statements confirming Pochettino’s departure and Mourinho’s appointment but this was not an 11th-hour deal.

Rumours surfaced earlier in the week that talks had begun during the ­international break over a severance package for Pochettino and his ­coaching staff Jesus Perez, Miguel D’Agostino and Antoni Jimenez, with compensation for the quartet thought to total £20million.

However, those negotiations ­accelerated once it became clear that Mourinho was ready to accept an offer to return to management.

The former Porto, Chelsea, Real Madrid, Inter Milan and Manchester United boss had been keen on a possible move to Bayern Munich, while Lyon had been in contact over their current vacancy prior to appointing Rudi Garcia last month.

It is understood Carlo Ancelotti expressed an interest in replacing Pochettino, while Bournemouth’s Eddie Howe was considered, but Tottenham chairman Daniel Levy has tried to appoint Mourinho on two previous occasions and is delighted to have finally landed his man.

“In Jose we have one of the most ­successful managers in football,” Levy said. “He has a wealth of experience, can inspire teams and is a great tactician. He has won honours at every club he has coached. We believe he will bring energy and belief to the dressing room.”
Spurs were keen to play up ­Mourinho’s impressive trophy haul, highlighting he has won 20 major trophies including a domestic title in four countries: Portugal, England, Italy and Spain.

“I am excited to be joining a club with such a great heritage and such passionate supporters,” he said.

“The quality in both the squad and the academy excites me. Working with these players is what has attracted me.”

Pochettino transformed Tottenham following his arrival from Southampton in May 2014 but departs without any silverware.

The Argentine guided Spurs to the Champions League Final in June — where they lost 1-0 to Liverpool — but that run masked a longer-term dip in results which continued into the ­current campaign. They currently sit 14th in the Premier League.

Although the club have always denied any rift between Levy and Pochettino, the pair’s relationship has been strained for some time.
They are thought to have had a huge disagreement over the club’s inability to move on a raft of players made ­available for sale this summer — a failure which led to significant dressing room unrest.

Mourinho will have to make quick decisions on the futures of Jan ­Vertonghen, Christian Eriksen and Toby Alderweireld, all of whom are out of contract at the end of the season. The trio are able to talk to foreign clubs from January 1.

Eriksen’s relationship with Pochettino is understood to have deteriorated significantly while further tensions arose from ongoing filming of a club documentary for Amazon Prime.

Mourinho last year criticised Manchester City’s decision to film a series with the streaming service, claiming “you can be a rich club and buy all the best players in the world but you cannot buy class.”

Pochettino became frustrated at a lack of investment over the past two years but Mourinho will expect to be backed in the transfer market as much as the debt refinancing on the club’s new stadium will allow. He is thought to have been impressed by Tottenham’s lavish new stadium and state-of-the-art training facilities.