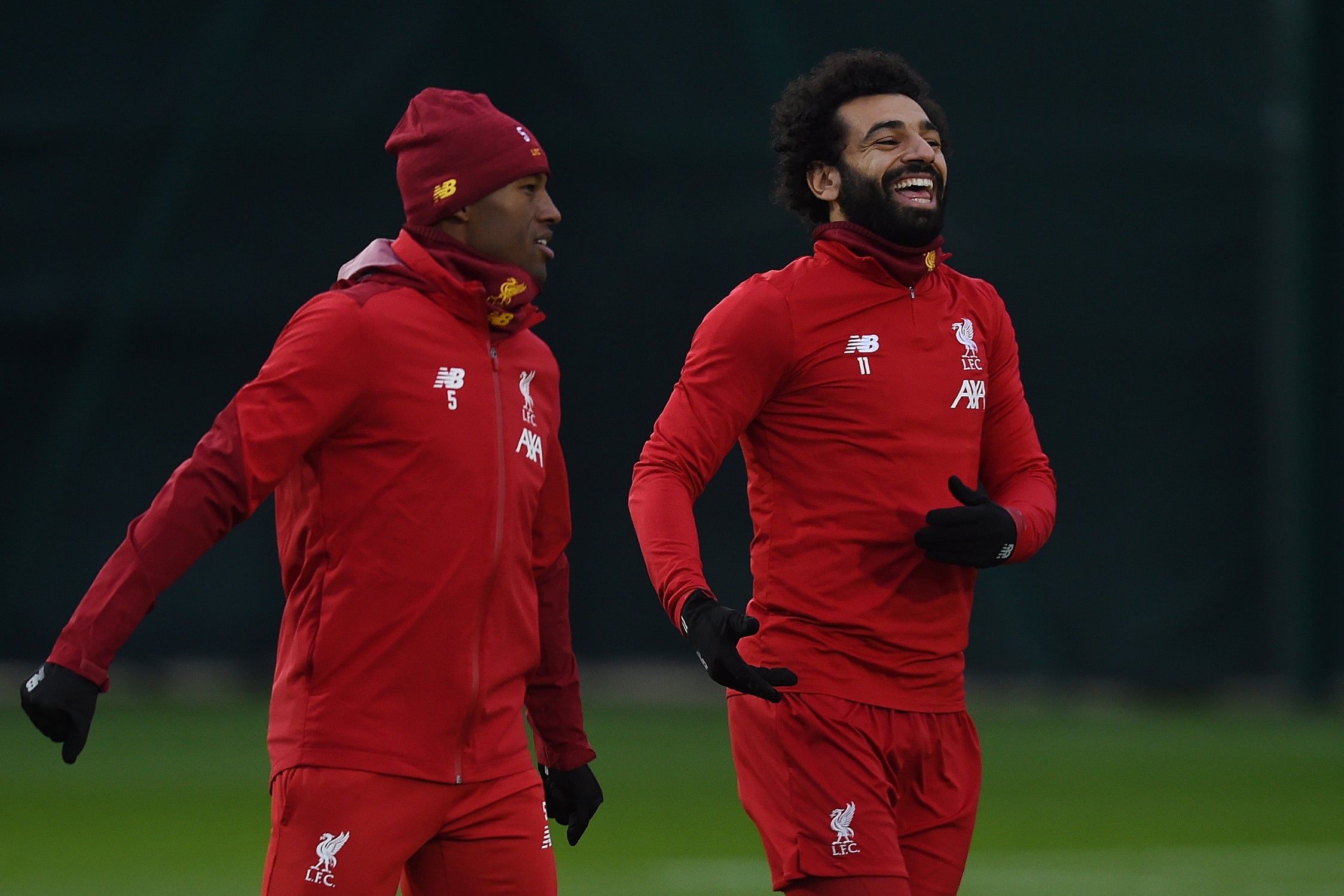 Mohamed Salah and Andy Robertson were among those included in Liverpool’s training session at Melwood on Thursday.

The pair were forced to withdraw from their respective international squads, Egypt and Scotland, after picking up minor injuries prior to the break.

Salah injured his ankle during the second half of 3-1 win over Manchester City, while Robertson was forced to miss two international fixtures this week with a similar issue.

But the key duo have handed Jurgen Klopp a timely injury boost after participating in the session with their team-mates ahead of their weekend home game against Crystal Palace.


The Reds go into Saturday’s clash eight points clear of Leicester and Chelsea at the top of the Premier League, with champions Manchester City a further point adrift.

Defender Joe Gomez, who picked up a knock in training with England, also returned to training with the squad having missed training on Tuesday.

Swiss playmaker Xherdan Shaqiri, who had been out since sustaining a calf tear in September, is expected to make a return from his spell on the sidelines.