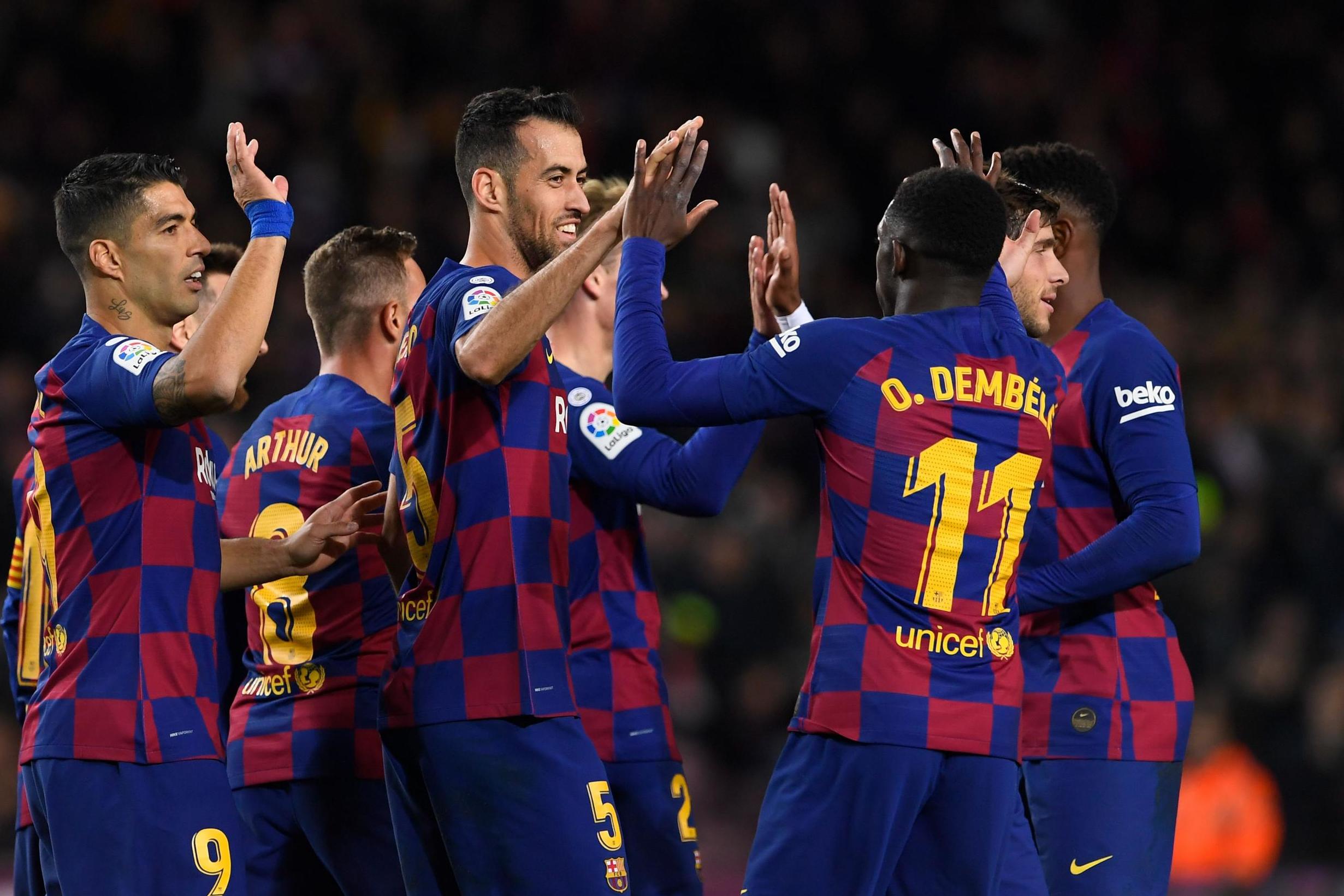 It’s top against bottom in La Liga this weekend as Barcelona travel to face Leganes in their first fixture after the international break.

The Blaugrana currently sit ahead of rivals Real Madrid on goal difference only following a big win over Celta Vigo – their eighth in 13 league matches so far this term.

In stark contrast to their illustrious opponents, Leganes have claimed just one solitary victory and six points so far this term, following a heavy 5-0 drubbing by Real Madrid with defeat to Eibar and a hard-fought draw with Real Sociedad.

An early Saturday kick-off against an out-of-form team offers Barcelona the chance to increase the pressure on Real, though Ernesto Valverde’s men came unstuck at Butarque last term.

Valverde has decisions to make in the two full-back positions.

On the left, Jordi Alba is out injured and could be replaced by summer signing Junior Firpo, although the 23-year-old has been used only sparingly since his arrival from Real Betis.

And on the right, youngster Moussa Wague may be in line for a rare start as Nelson Semedo misses the game through injury and Sergi Roberto is suspended.

The other option for Valverde is a switch to three at the back, with Samuel Umtiti coming in alongside Gerard Pique and Clement Lenglet, and an additional midfielder – possibly Arturo Vidal.

Elsewhere, there are unlikely to be many more surprises, but Valverde could decide to rest one or two of his players ahead of Wednesday night’s Champions League clash at home to Borussia Dortmund.

Lionel Messi, Luis Suarez and Antoine Griezmann are all available to start in attack, although Ousmane Dembele and Ansu Fati are potential alternatives ahead of the European game in midweek.

Barcelona should have learned their lesson from last season’s trip to Leganes. Comfortable away win.

Betfair odds correct as of 5:30pm GMT on November 22. Click here to place a bet.

Leganes, then bottom of the table, inflicted a first defeat on Barcelona in September 2018 after goals from Nabil el Zhar and Oscar Rodriguez cancelled out Philippe Coutinho’s early volley.

The Blaugrana avenged that loss on home soil in January, winning 3-1 courtesy of Dembele, Suarez and Messi.