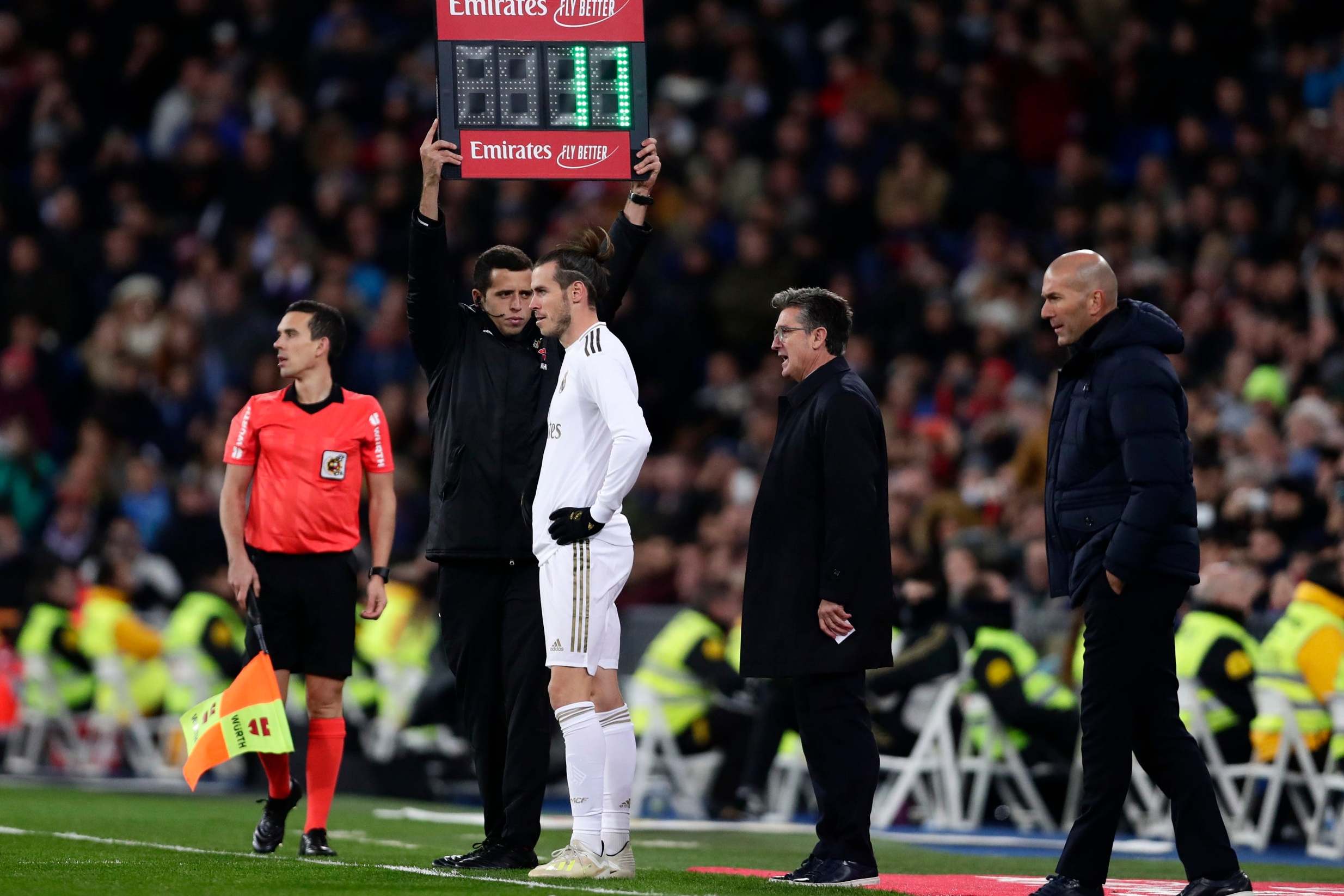 Gareth Bale was met with a chorus of boos as he returned to action for Real Madrid on Saturday night as Los Blancos came from behind to beat Real Sociedad 3-1 at the Santiago Bernabeu in La Liga.

The Welsh winger has been heavily criticised after he and his team-mates celebrated their nation’s qualification for Euro 2020 with a fan-made flag featuring the phrase ‘Wales. Golf. Madrid. In that order’ last week.

Bale, who had not played for Real since October 5 following an injury on the previous international break, was left out of the starting XI by coach Zinedine Zidane as Rodrygo was preferred in this one.

But Real Sociedad took the lead inside two minutes after a calamitous error by Sergio Ramos.

The Real Madrid captain turned and played the ball back towards Thibaut Courtois, but he had not spotted Willian Jose and the Brazilian forward arrived ahead of the goalkeeper, rounded the Belgian and rolled into the empty net.

There were loud boos for Ramos after that on several occasions, although some supporters also responded with applause for their skipper.

Madrid took a while to get going and for a while looked like they might concede again, but Zidane’s side gradually began to take control and Karim Benzema headed home the equaliser eight minutes before the interval following a delightful delivery from Luka Modric, who had also won the free-kick.

Real were quickly on top in the second half as Fede Valverde hit home a deflected effort from outside the box after 48 minutes, with goalkeeper Alex Remiro given no chance as the ball hit Mikel Oyarzabal on the chest and changed direction en route to the net.

Modric then fired in a lovely third with a fierce left-footed shot inside the post with 16 minutes remaining to give Los Blancos a comfortable cushion and Zidane’s side missed several chances to extend their advantage in the closing stages.

Bale was jeered loudly as he replaced Rodrygo and then again every time he touched the ball, but he had played his part in the build-up to the third goal and came close to scoring himself with some super skill right at the end as found a turn of pace int he area, then cut back and tried to finish from a tight angle.

It was not to be, but he won some applause for his efforts and Madrid’s win saw them stay level on points with rivals Barcelona at the top of the table, behind the Catalans only on goal difference.