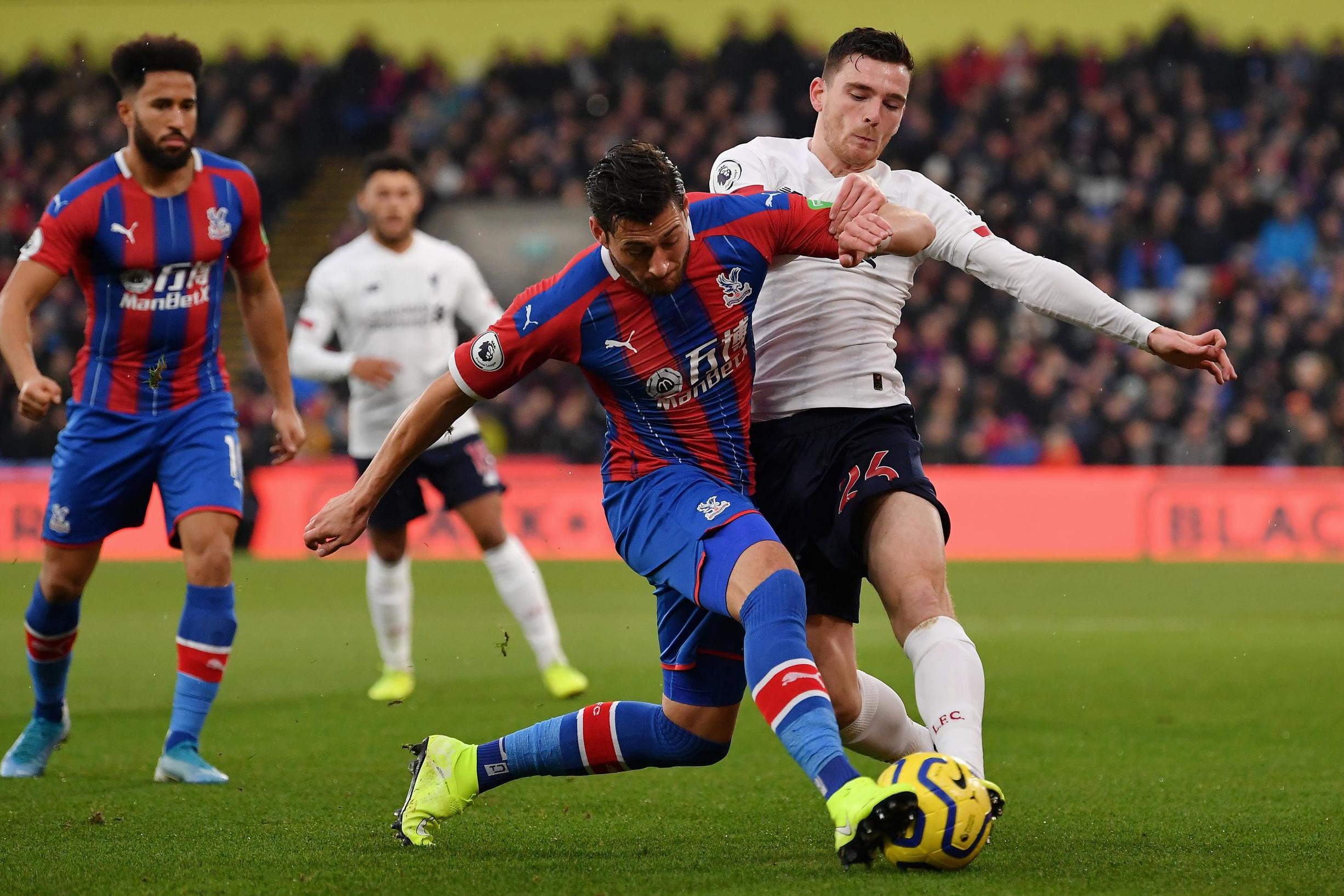 Andy Robertson insists it is easy to put Liverpool’s struggle to keep clean sheets into perspective after an incredible start to the Premier League season.

The Reds have secured just two shutouts in their first 13 games of the new campaign, a figure that compares poorly to last term’s eight from the same number of fixtures.

But that hasn’t stopped Jurgen Klopp’s men from picking up 12 wins and a draw to carve out an eight-point lead at the top of the division.

As such, when speaking after Liverpool conceded again before earning a late win over Crystal Palace on Saturday, Robertson found it easy to look at the positives.

“We have 37 points out of 39 so to say anything is negative is harsh but we are out to win games,” he said.

“The defence and [goalkeepers] Ali [sson Becker] and Adrian want to keep more clean sheets, of course we do, and today would have been a good one to get.

“Unfortunately it wasn’t but if we don’t keep clean sheets we need to be winning but we want to get back to clean sheets and hopefully we can do that in our next game.


“Hopefully we can do that and still score goals. Last season we had a better defensive record but did not have as many points so we need to put it into perspective.”

Sadio Mane netted his 29th goal of 2019 as he opened the scoring for the visitors at Selhurst Park.

Robertson, who usually plays behind the Senegalese on the left-hand side, is now hoping to see him sustain that form across the entirety of the 2019/20 campaign.

He added: “Yes, especially this year he has been fantastic. Even when I came he was amazing but maybe did not have as much composure as he does now in front of goal.

“Now, every time he is front of goal you don’t think he will miss. The one he had at the start of the second half, we were surprised he did not score and that is the type of player he is.

“You expect him to score and that is a good thing and he has popped up with another crucial goal.

“It has been a fantastic year for him and let’s hope he can keep going for a full season instead of a calendar year. That would help.

“The others are pitching in as well but a fantastic year for him and he has taken his game to another level.”

The Scot also offered up a similar sentiment when asked about Liverpool now having avoided defeat for 30 consecutive league games.

He continued: “I would rather it is 30 this season rather than split over two seasons. If we had done that we would be in a nice position at the end.

“But, people can talk all we want and we know how tough this League is. Every time you go to an away ground they want to beat you.

“They know how long the record is at Anfield and they want to beat us. Everyone wants to beat us as we are top of the League and everyone wants to catch us. That is the task we are facing but we have the mentality to keep that up.”