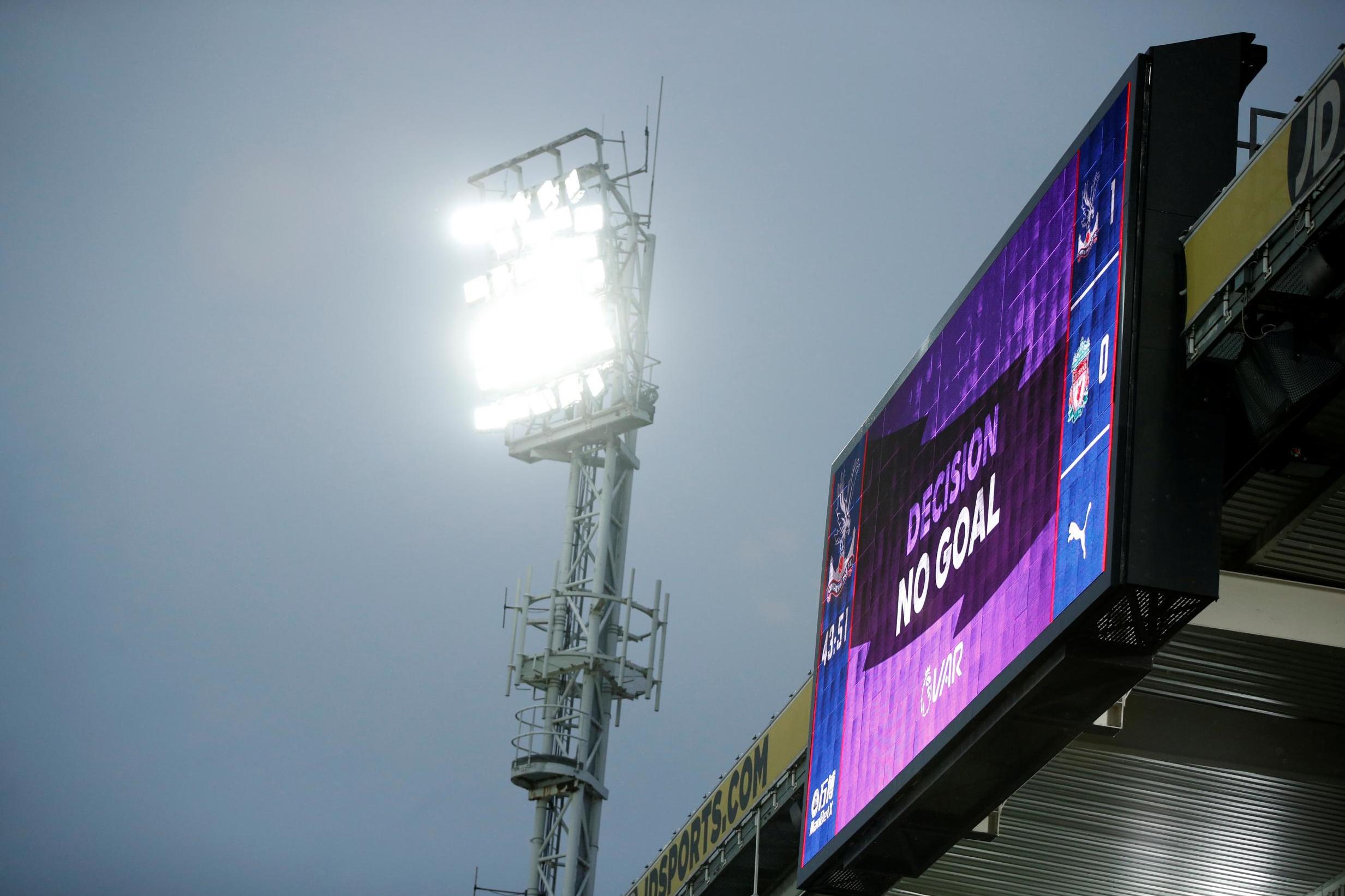 Try as you might, you just can’t escape VAR in the Premier League – and there was another controversial decision at Selhurst Park this weekend.

VAR technology has come in for stiff criticism since being introduced to the English top flight for the first time this season, with fans both inside and outside the stadiums baffled and angered in equal measure.

Supporters inside the grounds have complained about a lack of communication and interminable waits, while those watching on television have been left frustrated at what they feel is a lack of consistency over decisions – as well as increasingly marginal offside calls being decided by, quite literally, armpits.

Selhurst Park witnessed another big call as leaders Liverpool thought they had gone a goal down to Crystal Palace, with James Tomkins finishing from close range two minutes before the interval.

Tomkins’ finish could well have had big repercussions in the title race, but, following another long delay as referee Kevin Friend consulted with VAR Chris Kavanagh, the goal was ruled out for a push on Dejan Lovren during the set-piece delivery.

Palace players and fans were furious given that Lovren would have not been able to reach the ball even if he hadn’t been pushed, as David Lynch – attending the game for Standard Sport – reported at the time.

Lynch wrote: “Boos ring around Selhurst Park as an intervention from VAR sees Crystal Palace’s goal ruled out. A push on Dejan Lovren following the set-piece delivery appears to be the issue and, while it wasn’t a huge shove, it’s a completely needless one from Jordan Ayew. The ball would have gone over Lovren regardless!”

The Premier League soon tweeted after the incident, explaining: “After consulting the VAR, referee Kevin Friend has overturned the goal because there was a foul by Jordan Ayew on Dejan Lovren in the build-up.”

However, the decision left pundits on Sky Sports’ Soccer Saturday show frustrated, with Paul Merson appearing to suggest that Liverpool have benefitted from more than a few fortunate VAR decisions this season.

“Shall we give Liverpool the League now?””, the former Arsenal player asked fellow pundit (and ex-Liverpool star) Phil Thompson, who was obviously relieved by the decision.