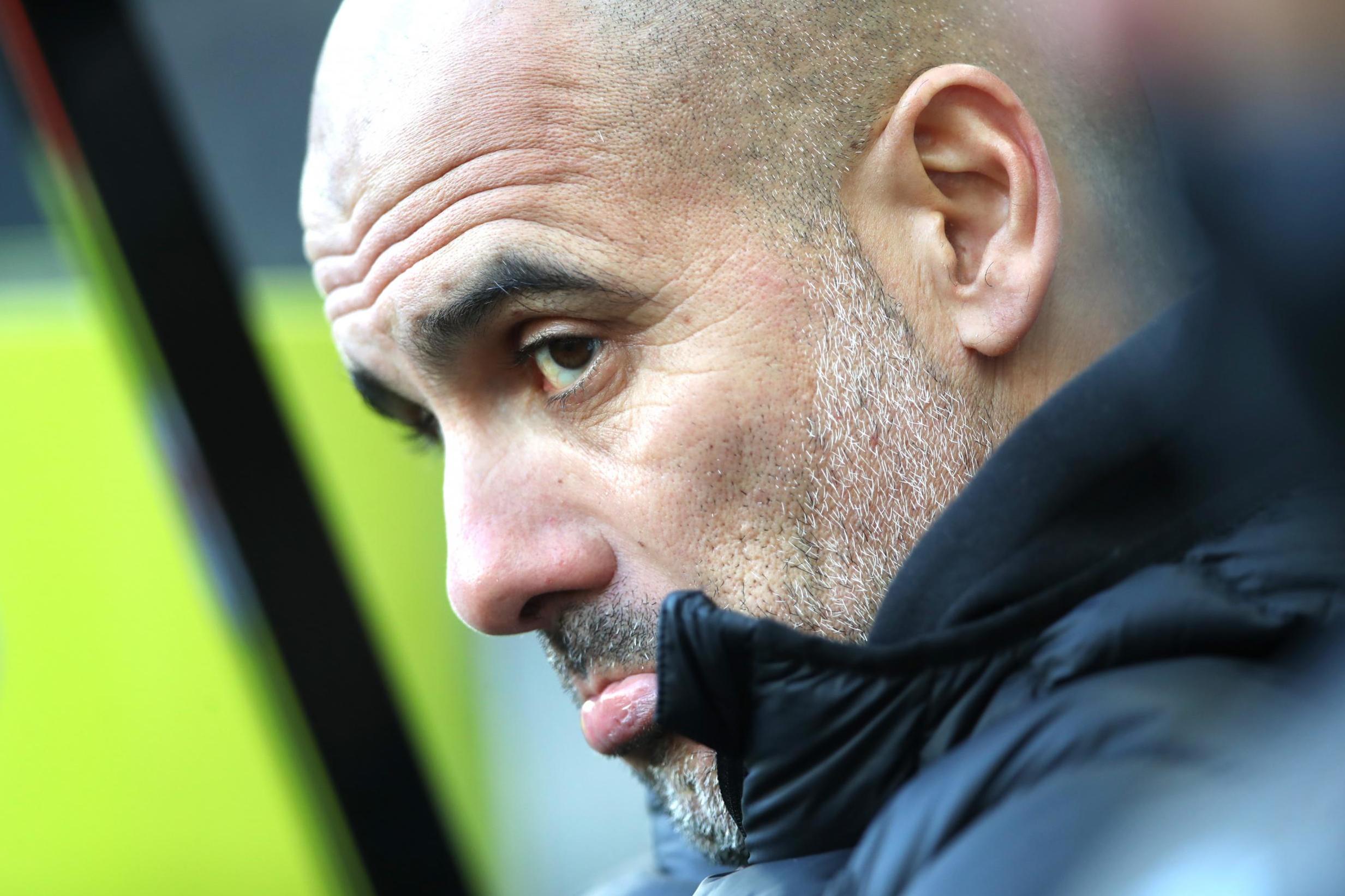 After a first-half opener from Raheem Sterling was quickly cancelled out by Jetro Willems, De Bruyne thought he had won the game for the visitors at St James’ Park after he crashed in a wonderful half-volley off the woodwork in the 82nd minute.

However, Shelvey matched the Belgian with a tremendous strike of his own two minutes from time to seal a 2-2 draw and deny City – who do temporarily climb back above Leicester into second place – the chance to trim Liverpool’s lead to six points.

If the leaders beat Brighton at Anfield later on Saturday afternoon, then the defending champions will fall 11 points behind Jurgen Klopp’s men after only 14 matches.

City made three changes to the side that beat Chelsea last weekend, with Kyle Walker and Ilkay Gundogan returning alongside Gabriel Jesus, who continues to deputise for the injured Sergio Aguero.

The first half – played in a completely flat atmosphere – was a decidedly tepid affair punctuated by two quick-fire goals.

After half-chances for Allan Saint-Maximin, Fernandinho and Riyad Mahrez, the latter after a smart backheel from Jesus, City took the lead after 22 minutes.

The ball took a couple of fortunate ricochets as David Silva played a one-two with Sterling, who opened his body up and fired confidently beyond Martin Dubravka and into the bottom right-hand corner.

They held that advantage for only three minutes, however. Miguel Almiron – who before today had gone over a year without registering either a goal or an assist – teed up man-of-the-match Willems and the Dutch left-back took a touch before rifling home a swift equaliser.

City dominated possession for the remainder of a sleepy opening 45 minutes, but failed to create any further clear-cut chances as De Bruyne saw a shot blocked on the stroke of half-time.

Both sides continued to demonstrate a shocking lack of composure after the interval.

Shelvey and Almiron both missed the target and Manquillo blocked a snapped strike from Jesus, who then shot straight at Dubravka from close range.

Guardiola introduced Phil Foden and Bernardo Silva in an attempt to find a winner with 20 minutes remaining and both of his substitutes quickly missed good chances; Foden failing to connect properly with a free header from a Walker cross and Bernardo dragging a low shot wide.

Saint-Maximin was then rightly denied a penalty after tussling with Walker before two stunning interventions – one at either end.

First De Bruyne took the ball on his chest after Mendy’s cross was cleared and allowed it to take one bounce before thrashing a sweet half-volley in off the underside of the crossbar.

That looked likely to be the decisive goal, only for Newcastle to pull themselves level once more.

Fernandinho – still filling in at centre-back in the absence of Aymeric Laporte – was perhaps fortunate to avoid a second yellow card for bumping Manquillo and the resulting free-kick was laid across to Shelvey by Christian Atsu.

The ex-Liverpool midfielder then lent his former club a helping hand in superb fashion with a whipped effort with his right foot that swerved away from the despairing Ederson and into the bottom corner.