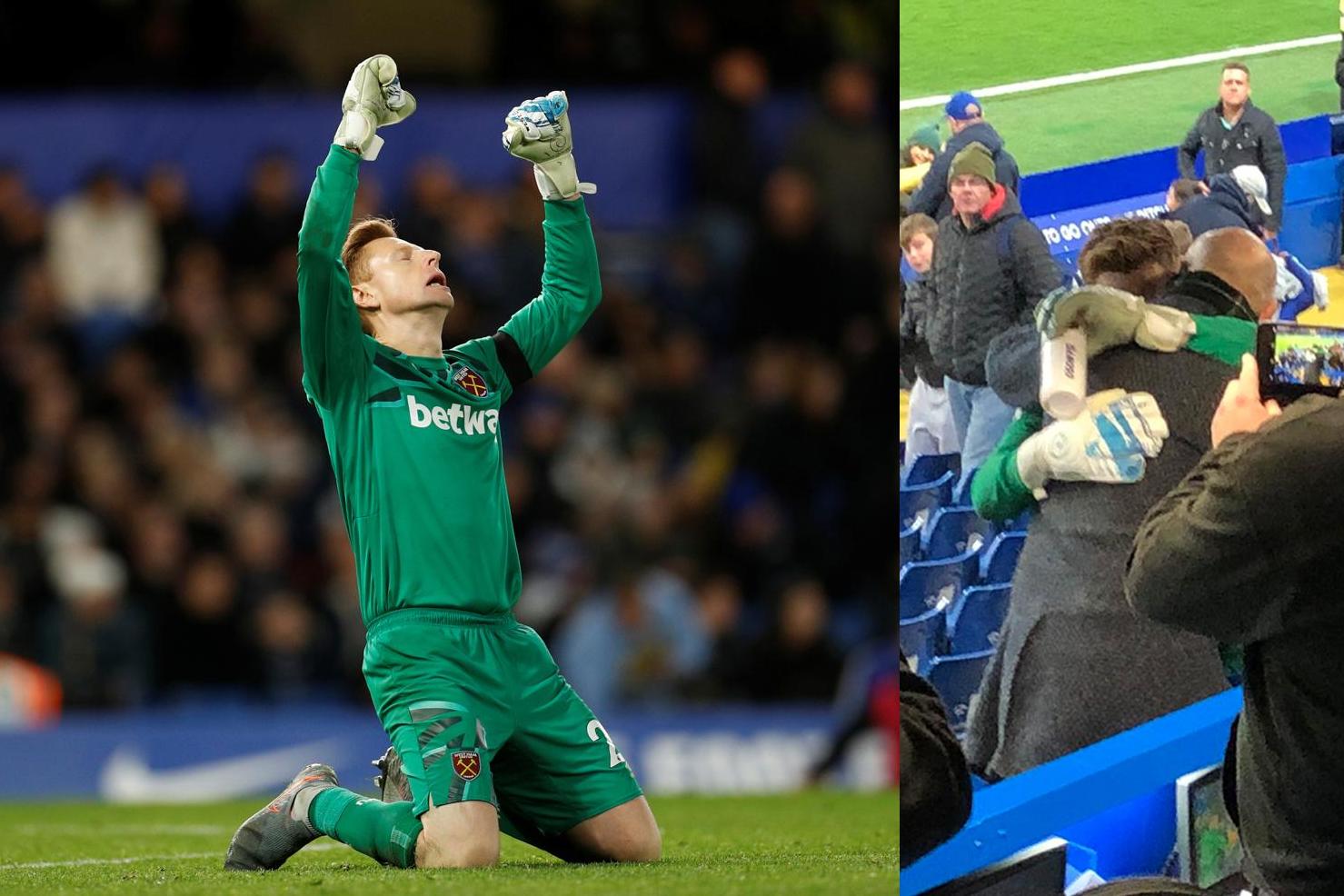 David Martin enjoyed a dream West Ham debut as the 33-year-old goalkeeper helped the Hammers to a London derby win over Chelsea at Stamford Bridge.

Martin collapsed in tears at the full-time whistle as West Ham players ran over to congratulate him, and the keeper made his way into the stands to hug his father – and West Ham legend – Alvin Martin.

Manuel Pellegrini’s decision to drop Roberto and play Martin reaped dividends, with the manager securing a win which could well have saved his job.

The son of former West Ham favourite Alvin Martin, the keeper was roared on by the visiting fans behind his goal in the first half. Martin dealt confidently with an early Reece James cross to ease any first-night jitters.

Pretty lower-league but effective nonetheless. Any ball coming towards him was met with a no-nonsense punt up field. They rarely played out from the back at Millwall, after all.

Anything was going to be an improvement on Roberto, but Martin’s handling was by and large exemplary. Came out to confidently collect crosses and corners where his predecessor would have flapped.

In truth Chelsea rarely tested Martin but a fumble from Mason Mount’s shot was gathered at the second attempt, and while he spilled Mateo Kovacic’s drive he was up quickly to block Olivier Giroud and then Pedro as they went for the rebound.

Misjudged a deflected James cross and was relieved to see it hit the near post, but otherwise Martin commanded his area well. Again, a huge improvement on Roberto.

‘England’s number one’, as the West Ham fans sang, might be a stretch but Martin did everything he needed to competently, which is what the team has been missing over the previous seven matches. Clearly the West Ham outfield players felt the benefit of having a keeper they could trust behind them, and a clean sheet provided the foundations for an unlikely victory.