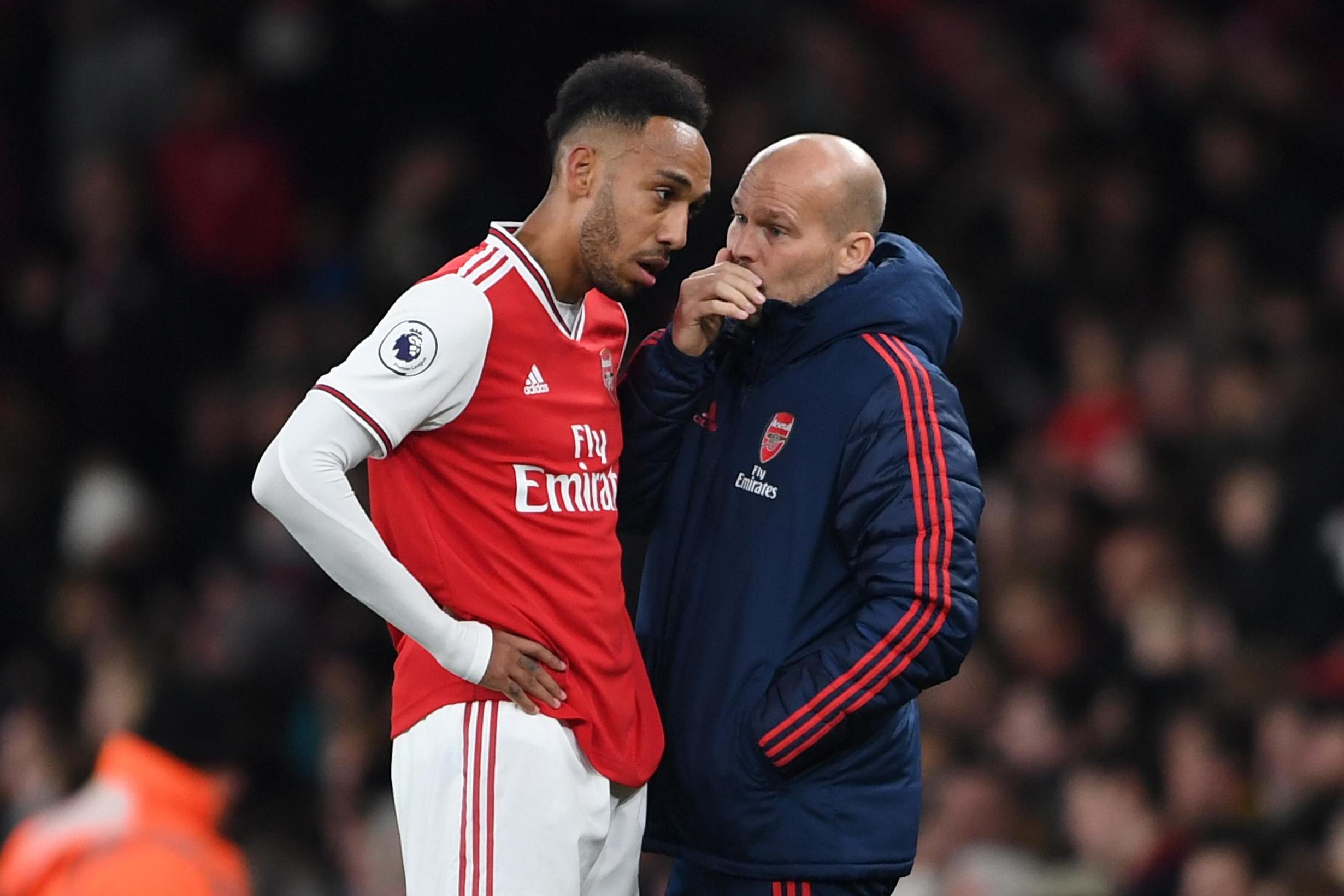 Former midfielder Ljungberg, who won two Premier League titles and three FA Cups during his playing days with the Gunners, took charge of his first game on Sunday.

The Swede’s side twice came from behind to draw 2-2 at Norwich, with Aubameyang finding the net on both occasions to cancel out goals by Teemu Pukki and Todd Cantwell.

As reported by Standard Sport on Monday, Ljungberg is expected to get the time to showcase his credentials — and he has been backed to shine by Aubameyang.

“He can give us something special,” said the striker. “If I’m not wrong, he was part of the ­Invincibles. His career speaks for itself. We will try to follow him and give the best for him.

“Everybody is respectful of Freddie. He played for Arsenal, he knows as a player how we feel. It’s interesting to have him.

“We had only one [training] session with him, maybe two for those guys who didn’t play on Thursday.

“We will see this week what is going to happen. I think it’s good for us. He played for Arsenal and he has this in his heart.”

Sunday brought an end to a ­turbulent week at Arsenal, which saw head coach Unai Emery sacked by the club on Friday morning.

There was a noticeable lift in the mood of the team on Sunday, as demonstrated by the fact they twice came from behind to secure a point.

“I try to give the guys all my positivity,” added Aubameyang. “As always, I try to be an example, working hard.

“I think the mood is good. We tried to find more confidence in winning games. We try our best.

“Unai Emery was sacked, now we have Freddie and we’re all focused on one thing, to be back winning.

“Today we did maybe not a perfect game but a good job and we’ll try to win the next one.

“We have positive things to take. We didn’t play bad, we played good.”

EPL: I am Nigerian, I enjoy jollof rice – Chelsea defender,...