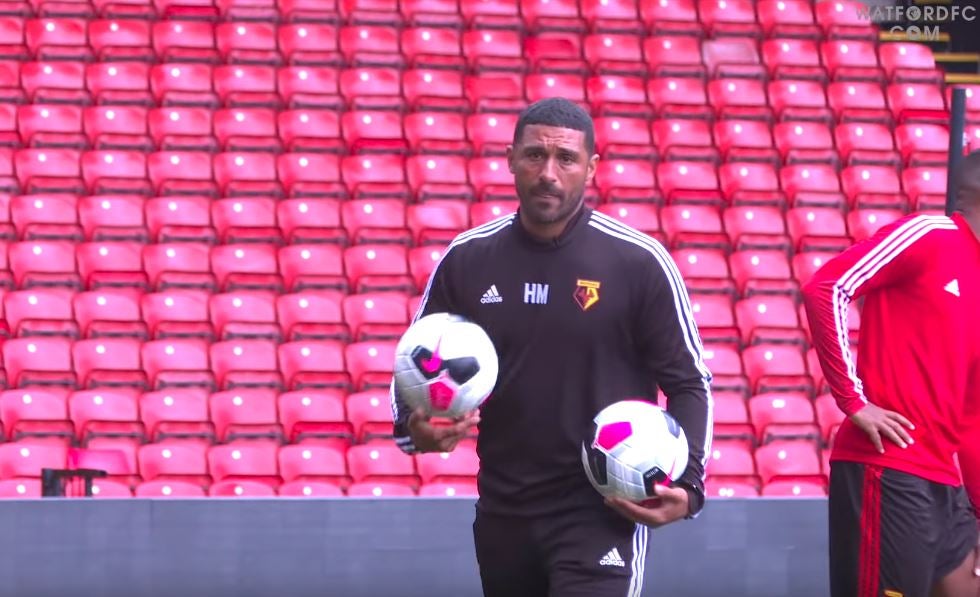 Watford have announced that their Under-23s coach Hayden Mullins will take charge of Wednesday’s game at Leicester as they search for their third manager of the season.

Quique Sanchez Flores was sacked on Sunday after just 12 matches in charge. The Hornets are now working on bringing in his successor but Mullins, the former Crystal Palace and West Ham midfielder, is in temporary charge and will be in the dugout on Wednesday.

Flores was brought back in September for his second spell at the club to replace Javi Gracia, but could guide them to only two wins in that period, losing six and drawing four.

After 10 League games — including Saturday’s 2-1 defeat at Southampton — Watford remain bottom of the table, six points adrift of struggling Everton in 17th place. It doesn’t get any easier for Watford as they travel to Leicester, who are second behind Liverpool in the League, on Wednesday.

The club usually act swiftly when appointing a manager — Flores’s arrival was announced just 30 minutes after Gracia was sacked in September.

However, the fact they did not act so quickly this time is an indication of how pivotal the club’s hierarchy realise their next appointment is, with Watford already facing a tough task in avoiding relegation.

A number of candidates have been linked with the role and the club are understood to be reconsidering their usual stance of looking abroad for a manager.

Watford have not had a British or Irish manager since being promoted to the Premier League in 2015, but Chris Hughton, Paul Clement and Sam Allardyce are all possible options.

The Hornets are expected to hire someone who is currently out of work, while the idea of appointing a manager with experience of surviving a relegation battle — such as former Brighton boss Hughton and ex-Bolton and West Ham manager Allardyce — has been discussed.

Former Bayer Leverkusen boss Roger Schmidt has been touted as an option and Watford looked at hiring him in 2017 before they moved for Marco Silva.

The 52-year-old is currently out of work after being sacked by Chinese side Beijing Sinobo Guoan this year, but it seems unlikely he would be open for taking up the challenge of a relegation battle.

Watford reached the FA Cup Final and finished 11th in the Premier League last term, but have had a nightmare run this season, sitting in the relegation zone since their second game of the campaign.

Arsenal boss Mikel Arteta may be inexperienced… but he had hurdles...