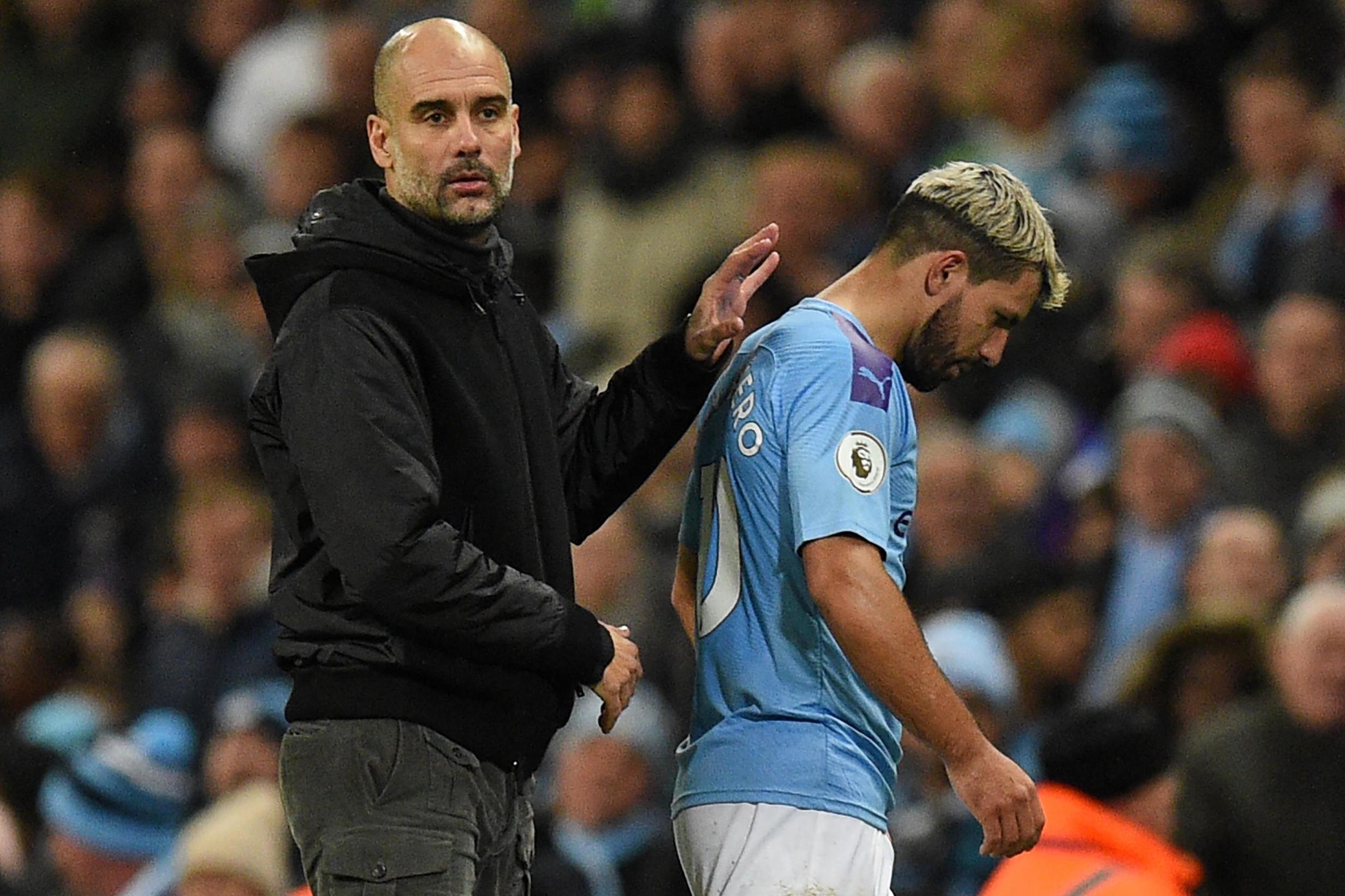 Pep Guardiola has ruled out any chance of Sergio Aguero making a comeback for the Manchester derby next weekend.

Manchester City striker Aguero is currently sidelined with a thigh strain, with Guardiola admitting last week that it would take a miracle for him to be available to face Manchester United on Saturday.

The Argentine has failed to make significant progress in his recovery, with City’s medical staff convinced he has no chance playing any part in the game at the Etihad.

Guardiola said: “We spoke 10 days ago. He is not ready for the derby – but after the derby we will see.”

City travel to Burnley before facing Ole Gunnar Solskjaer’s side, with the Premier League champions trailing leaders Liverpool by 11 points.

Despite the aerial threat of Sean Dyche’s team and calls for him to be restored to central midfield, Guardiola insists he will stick with the 5’9″ Fernandinho at centre-back for the game at Turf Moor.

“I like Dinho playing in that position a lot,” he said. “That is why he plays.

“We conceded two shots on target (against Newcastle). That is fantastic.

“They shot twice and scored. Always we try to prepare to create more and concede less.”

With City facing a mountainous task to overhaul Liverpool, Guardiola insists his side cannot focus on the title race.

“They have to believe we will win tomorrow,” he said. “That is the fact. We have to think about what we have to do to win the games and play quite similar to recent games, like Newcastle and except 20-25 minutes against Chelsea.

“We have to be more solid and score the chances we have.”