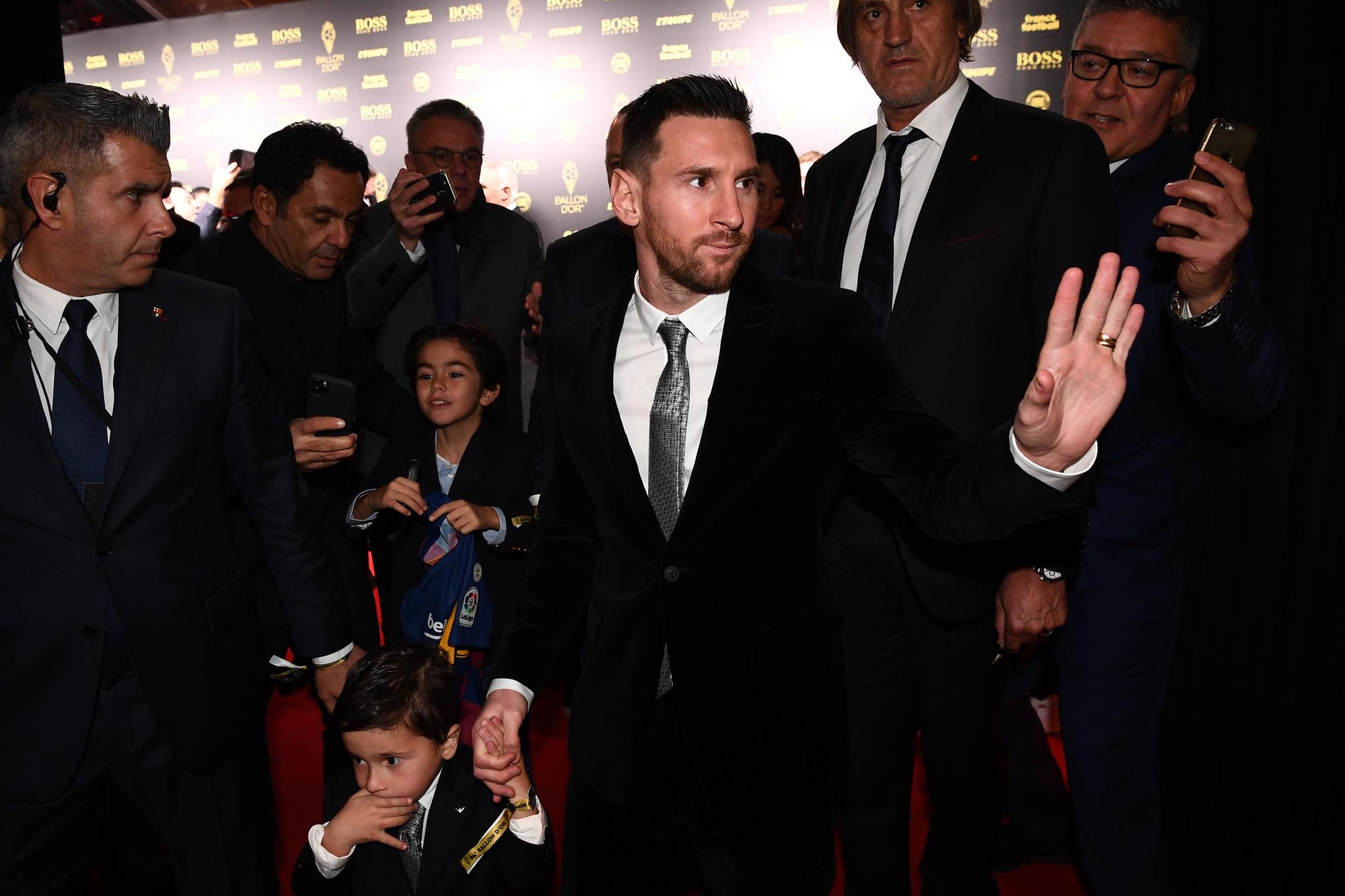 Lionel Messi is the overwhelming favourite to win a sixth Ballon d’Or at the Theatre du Chatelet in Paris tonight.

The Barcelona star leads a 30-man shortlist, with Virgil van Dijk and Cristiano Ronaldo expected to finish on the podium. There is no place for last year’s winner Luka Modric, though his Real Madrid team-mates Karim Benzema and Eden Hazard are in the running.

Van Dijk is one of seven names from Liverpool, while Manchester City have five nominees, Tottenham have two and Pierre-Emerick Aubameyang is the sole representative from Arsenal.

Barcelona VP: Messi should have 10 Ballons d’Or more than Ronaldo

On arrival in Paris, Barcelona’s sporting vice-president Javier Bordas told Cadena COPE: “Messi should have 10 more Ballons d’Or than Cristiano [Ronaldo]. But in any case, he’s going to have at least one more…”

Antoine Griezmann back in his homeland for the Ballon d’Or ceremony. The Barcelona forward has finished in 18th place, but could watch team-mate Lionel Messi win the award for a sixth time later this evening…

Lyon’s Norwegian striker Ada Hegerberg is present in Paris. She was the first winner of the women’s Ballon d’Or last year…

Bayern Munich striker Robert Lewandowski arrives. He is on red-hot form this season, but where will he finish in the final Ballon d’Or placings?

Even though the names have not been announced yet, the 12th and 11th placings are already known, with the list from 30 to 11 having been published on social media.

And at 13, another Belgian: Real Madrid and former Chelsea attacker Eden Hazard.

At no. 17: Liverpool and Brazil striker Roberto Firmino.

And in 18th: Barcelona and France forward Antoine Griezmann.

And in 22nd: His Tottenham team-mate Heung-min Son!

Who is in the shortlist?

There is no UK television broadcaster but Standard Sport will bring you live coverage of the event.

What is the Ballon d’Or and how does it differ from the Fifa Best Awards?

The Ballon d’Or was first conceived by France Football writer Gabriel Hanot in 1956 but prior to 1995 the award, voted for by football journalists, was confined to Europe. Liberia striker George Weah won in his first year of eligibility but is currently the only player from outside Europe or South America to win the prize.

Between 1991 and 2010 Fifa had its own World Player of the Year prize but for the five subsequent years the governing body and France Football jointly awarded the Ballon d’Or.

This partnership ended in 2016, after which Fifa began a ceremony named The Best Football Awards.

Ronaldo and Messi share the record for most Ballon d’Or wins with five, while the Juventus star has one more second-placed finish than his rival. Messi has one third-place to his name.

Michel Platini, Johan Cruyff and Marco van Basten have all won the prize three times whilst Kevin Keegan is the only English player to have won it more than once, taking the crown in 1978 and 1979.

Barcelona and Real Madrid have the most Ballon d’Or wins (11 each). Juventus and AC Milan players have won the prize eight times.