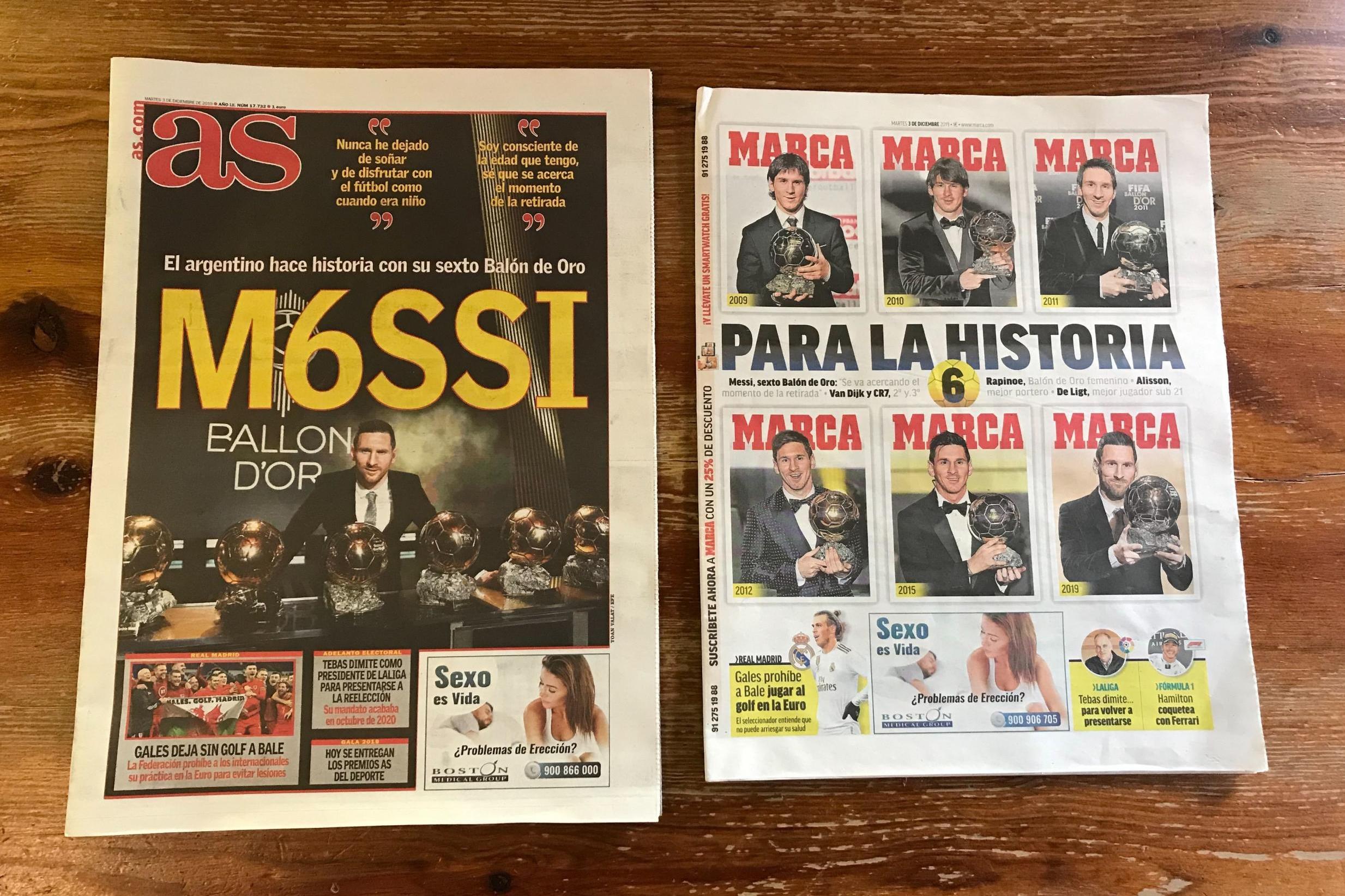 “Football has only one god,” Barcelona-based daily Sport said on their front page and spoke of “Leo’s prodigious decade” at the top of an article inside.

The paper included a huge poster of Messi in its centre pages and also called him “Lord of the Ballons d’Or” after his record sixth win.

“MESSIX” was Mundo Deportivo’s front-page offering. “Never seen before,” the Catalan paper added inside. And another piece, making reference to his European Golden Shoe, Fifa The Best prize and Ballon d’Or wins, was entitled: “An individual treble following an incredible year.”

There was also an editorial by Barca legend Carles Rexach. “Not everything is debatable: Leo is the best,” he wrote.

The Madrid media also paid tribute to the Barcelona captain. “M6SSI”, said AS on their front page. “The Argentine makes history with his sixth Ballon d’Or.”

“History is his,” their main article on the Ballon d’Or inside was entitled. And they noted, in another piece, that “Barcelona overtake Real Madrid with Messi’s six”, with the Catalan club now on 12 Ballons d’Or to Los Blancos’ 11.