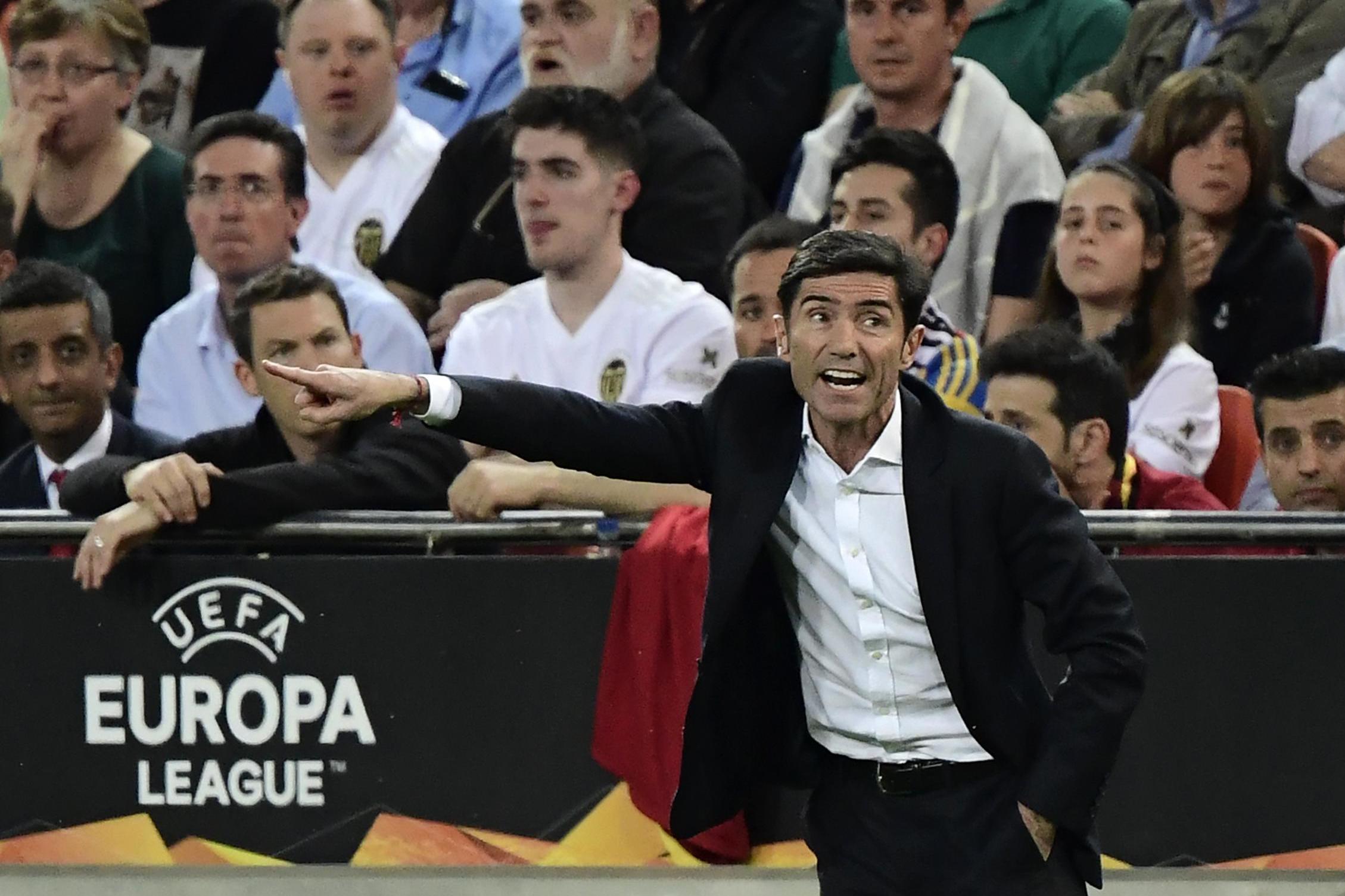 Former Valencia boss Marcelino is the latest name to be linked with the manager’s position at Arsenal, having shot-up to third-favourite with the bookmakers.

Reports in Spain claim that that the 54-year-old may have already been approached by the Gunners, as they draw up a list of candidates for the role.

As reported by Standard Sport on Monday, we understand that interim boss Freddie Ljungberg will be considered for the role on a permanent basis and will offer him the job if he instigates a sufficient turnaround in fortunes.

They club have, as well, sounded out several candidates over their potential interest.

Could one those really be the former Valencia coach?

We spoke with our Spanish Football Correspondent, Ben Hayward, for his thoughts…

He is another coach from the north of Spain, who was previously at Valencia, and has a reputation as something of a disciplinarian.

But Marcelino may just be able to succeed where Unai Emery failed in north London.


Whereas Emery was accused of a lack of identity during his time at Arsenal, Marcelino’s teams have clear ideas.

The Asturian coach cares little for free-flowing football, but his sides are fit and properly organised. Training can be tough, but his players almost always respond to his methods.

Marcelino took Recreativo Huelva into La Liga in 2006 and secured an eighth-placed finish for Spain’s oldest club. They are now in the third tier.

After that, he led Racing Santander to sixth in the top flight and qualification for the Europa League for the first time in the club’s history, in 2008.

A move to Zaragoza followed and there, he guided the Aragonese outfit back to La Liga. After a run of poor results, he was dismissed – and the club has not returned to Primera since.

After a short spell back at Racing in which he saved the Cantabrian club from relegation, Marcelino was hired by Sevilla, but was sacked following a run of poor results.

His time at Villarreal was better as he steered the Yellow Submarine to promotion, before back-to-back sixth-place finishes and Champions League qualification as the team ended fourth in his final season.

Controversially dismissed ahead of the following campaign for disagreements with the board and a reported difficult relationship with some of the players, he moved to Valencia in 2017.

Life at Mestalla was not always rosy and his style of football was criticised, but Marcelino led Valencia to back-to-back fourth-placed finishes, with the club having come 12th in each of the two seasons before his arrival.

He was the coach charged with overseeing an ambitious sporting project which finally looked to see Valencia back in the big time and as well as bringing about a remarkable recovery after a slow start last season, he also ended the campaign by beating Barcelona and winning the Copa del Rey.

But after a series of clashes over squad planning in the summer and a difference in opinion over priorities with owner Peter Lim (who according to Marcelino, did not even congratulate the coach for the cup win), he was sacked early this season.

Despite possible repercussions, several of Valencia’s players took to social media to defend their former coach and call out the club bosses for dispensing with the man who had transformed their fortunes on the pitch.


Marcelino would probably not bring beautiful football to Arsenal and he is stubborn, but he knows what he wants and his teams play with a clear identity. If backed correctly, he could be just what the club needs.

The 54-year-old favours 4-4-2, with attacking full-backs, mobile midfielders and two centre-forwards. His sides attack with pace, moving the ball in quick transitions and defensively, they are well organised.

All of that could appeal to the Gunners and although success will depend on other factors, including his communication in English, he might just be the right man to toughen up the team’s soft centre – and end up being what the club hoped Emery was when Arsene Wenger left in 2018.