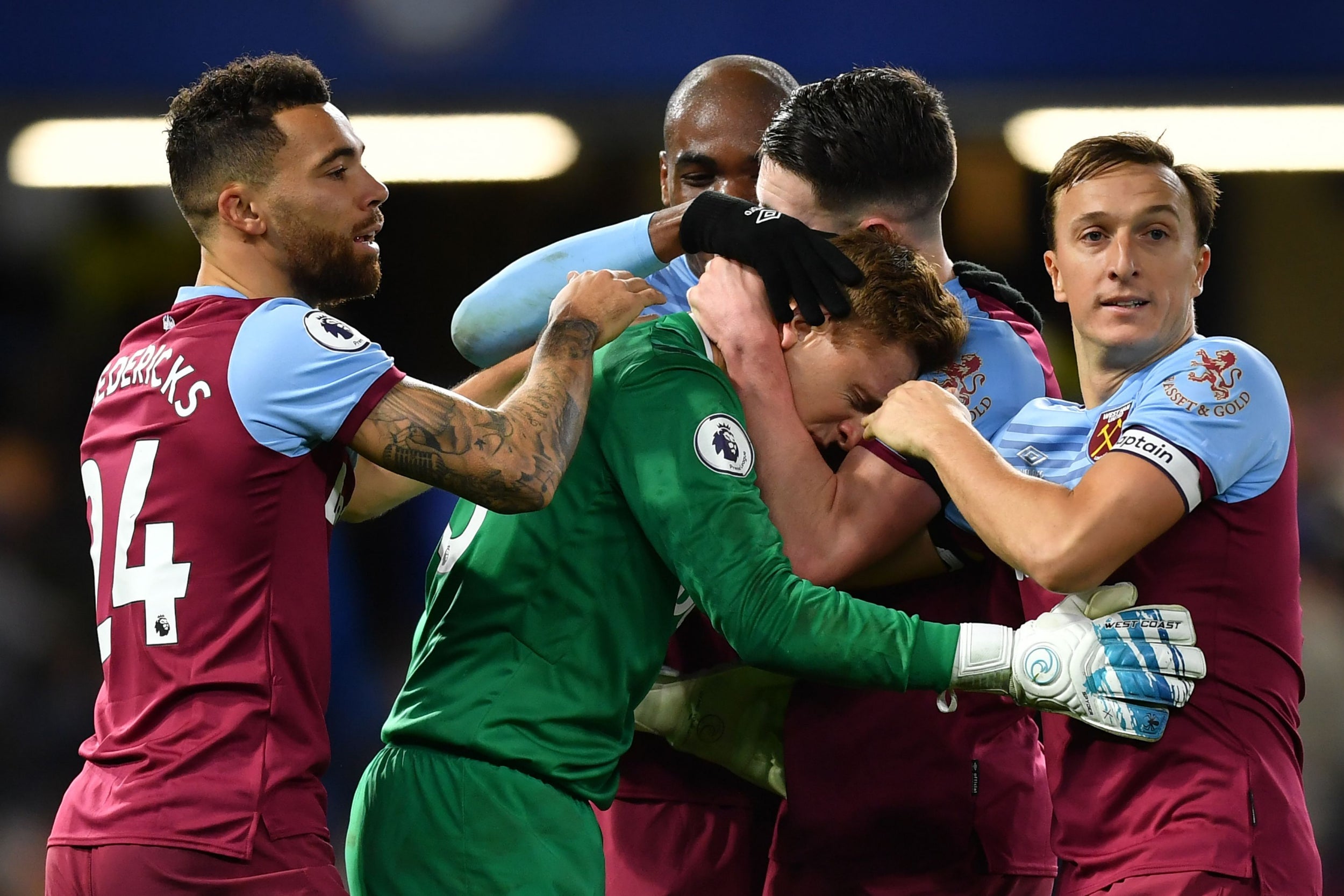 The son of Hammers legend Alvin Martin marked his Premier League debut against Chelsea with a clean sheet on Saturday after replacing Roberto Jimenez in the starting XI.

While admitting it was a difficult decision to drop the Spaniard, the West Ham boss believes the under-fire goalkeeper can still rediscover his best form.

“Of course, it was a difficult decision because the goalkeeper is a special position,” Pellegrini said. “Martin had not too much experience in the Premier League.

“I think, in some moments, the team needs a reaction and, unfortunately for Roberto, he was not doing well. It’s my duty to try to see what we can improve.


“I don’t think that was the only reason why we played well against Chelsea though. I think there was commitment from the players. We were aggressive in the way that we played and we improved a lot in comparison with other games.”

Pellegrini also revealed first choice goalkeeper Lukasz Fabianski could be back by the end of Deceber but will not rush the shot stopper back to action.

“Probably he will be ready at the end of the month, but I think that we must be careful with his return and not try to bring him back before he’s absolutely ready,” Pellegrini said.