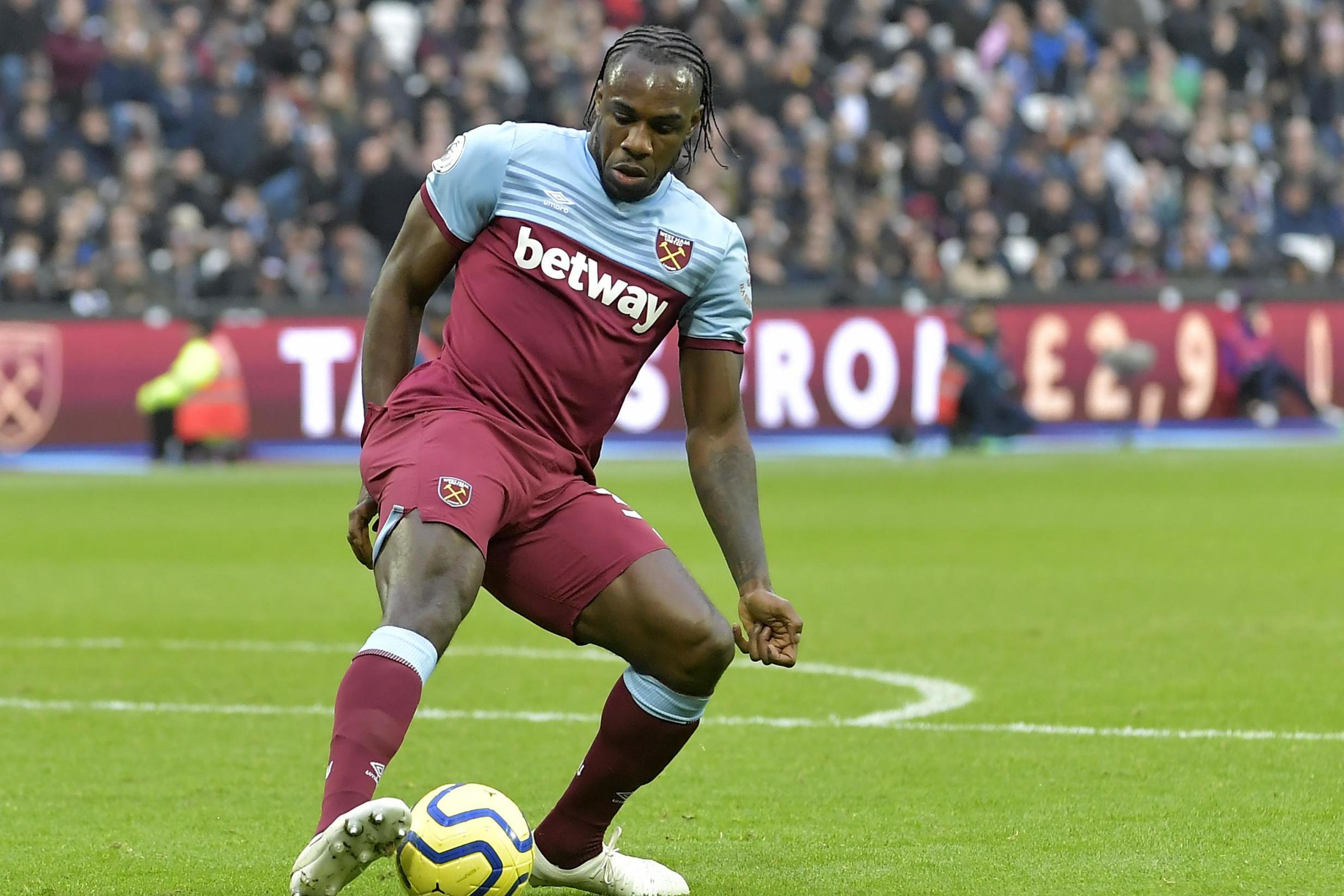 Michail Antonio’s West Ham team-mates admitted they missed the frontman after another meek display against Wolves turned the heat back on Manuel Pellegrini.

Antonio was not risked at Molineux on Wednesday night after his recent hamstring injury and the Hammers struggled badly without him as they lost 2-0.

West Ham hoped they had turned a corner with their win at Chelsea last weekend, but it is becoming apparent how much they rely on Antonio.

In his absence, West Ham reverted to type. They were a soft touch, lacked any real threat and were outworked by a Wolves side playing their 28th match of the season.

Antonio has become a talisman for West Ham since returning from a three-month injury lay-off and they are a different proposition with his pace, power and a physical presence.

Manuel Pellegrini insists West Ham have not taken a step back


West Ham expect Antonio to be fit to face Arsenal on Monday and Wednesday night shows how much their fortunes, and perhaps the future of Pellegrini, rest on his shoulders.

“Sometimes when players do not play, you realise what they do for the team,” said West Ham goalkeeper David Martin. “Since Michail has been injured, you realise what influence he has on games. He can do everything.

“Sometimes he is not pretty on the eye, but he is a game player and he fights for everything. We are a better team when he is in it. He is so strong and is a real handful.”

Pellegrini felt it was a risk for Antonio to play two games in four days. West Ham laboured without him and £45million signing Sebastien Haller again struggled.

Midfielder Robert Snodgrass said: “It is a tough one for Michail because he has just come back from injury. He was vital for us on Saturday and we probably did miss him at certain stages.

“You know what Michail is, he has been about for a while and you can see his strength and hold-up play, he is a very good player for us. But we have a squad.”

After their 1-0 win against Chelsea, defeat at Wolves felt like a backward step.

The result at Stamford Bridge brought Pellegrini some breathing space and he will hope having Antonio back against Arsenal will give his side the spark they missed on Wednesday.

But after spending £180m since Pellegrini was appointed it is a worry how much they rely on Antonio.

Snodgrass added: “I thought we had probably turned the corner after the performance against Chelsea, but it was a different sort of performance and we are really disappointed.

“We have let ourselves down with some cheap goals.”