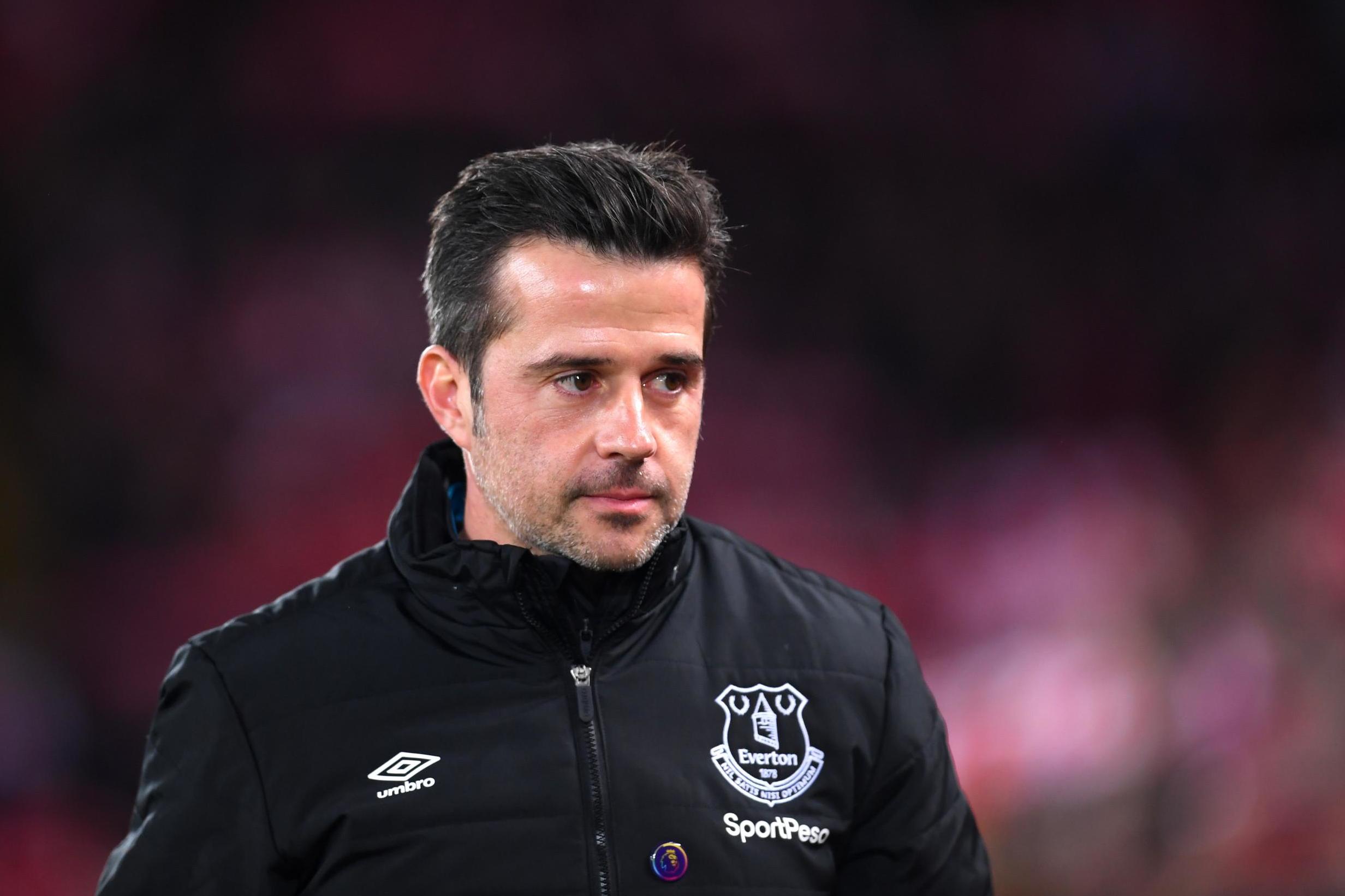 Marco Silva has been sacked as manager of Everton after 18 months in charge, with David Moyes strongly linked with a return to his former club.

The decision to part company with the under-pressure Silva comes after a 5-2 Merseyside derby defeat to Liverpool at Anfield on Wednesday night that saw the club slip into the relegation zone.

A third consecutive loss and eighth in 11 games leaves them one point adrift of safety in 18th after 15 matches ahead of the visit of Frank Lampard’s Chelsea on Saturday.

When questioned about his future after the game, Silva said: “I am not the right person to talk to you about the situation. I cannot answer to you.”

Everton waited until Thursday evening to announce Silva’s exit, while Duncan Ferguson has taken temporary charge of the Toffees and will oversee Saturday’s clash against Chelsea.

A statement from the club read: “Everton Football Club can confirm that manager Marco Silva has left the club.

“Majority shareholder Farhad Moshiri, chairman Bill Kenwright and the board of directors would like to thank Marco for his service over the last 18 months and wish him well for the future.

“Duncan Ferguson has taken temporary charge of the first team and will manage the side for the game against Chelsea on Saturday.

“The club aims to confirm a new permanent manager as swiftly as possible.”

Former Hull boss Silva eventually arrived at Everton in May 2018 as the successor to Sam Allardyce, four months after being dismissed by Premier League rivals Watford, who claimed that a previous unsuccessful approach by the Toffees was the “catalyst” for their decision.

The Portuguese guided Everton to an eighth-placed finish in his one full season in charge at Goodison Park, but was unable to arrest an alarming slump this term and his future had been subject to speculation for several weeks, particularly after a woeful 2-0 home defeat by Norwich on November 23.

Moyes spent 11 years at Everton before leaving to succeed Sir Alex Ferguson at Manchester United in 2013 and is currently favourite to return to the club, with reports suggesting that another Toffees favourite in Tim Cahill could be appointed as his assistant.