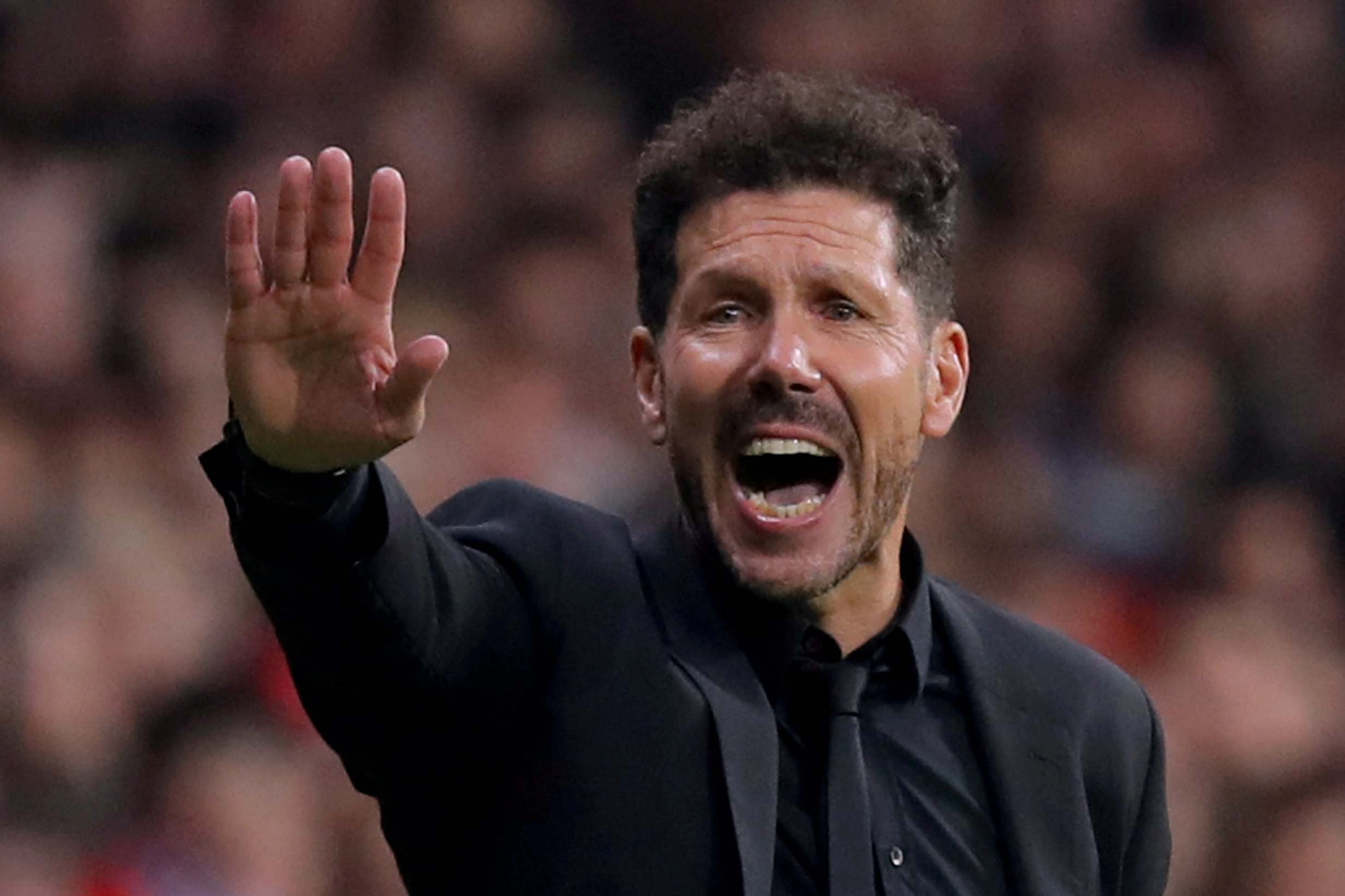 Both sides are desperate for the points to end their dismal run of form in light of their respective ambitions. Villarreal have one point from their last five matches, while Atletico have one win in five – but have drawn three times.

Logic would suggest that Atletico are favourites tonight but Diego Simeone’s side have struggled to score goals with just 16 so far this season, as they adjust to life without Antoine Griezmann.

12 mins: Atletico almost take the lead! Quite the game this!! Joao Felix hits a low drive which beats Sergio Asenjo, but rebounds off the post. Alvaro Morata offside in the follow-up…

10 mins: Villarreal go close again, this time on the left as Gerard Moreno flashes an effort just wide from a difficult angle…

9 mins: The Nigerian is involved again, this time firing just over the bar with a fierce drive from just outside the right side of the area…

7 mins: Chukwueze unable to control the ball and it goes out of play…

6 mins: Joao Felix gets up for a header at the far post, but is close to the byline and cannot direct it on target. Good play by Atleti now after a couple of difficult minutes at the start…

5 mins: Raul Arias goes on a run down the right, but his cross evades his team-mates and flashes across the box as Joao Felix is unable to make contact. Lodi is there to try an effort on the left, but the Brazilian hits his effort well wide from distance…

3 mins: Atleti have settled now after a shaky start and are looking to put some possession together…

2 min: Danger at the far post on the right as Samuel Chukwueze is in space and hits a powerful shot at goal. It deflects behind, but a goal kick is given…

1 min: Villarreal win a corner straight away on the left and it’s played short. Atletico, all in black tonight, get it clear, but the home side are straight back on the attack…

The match is under way at the Estadio de la Ceramica!

Luis Enrique in the crowd tonight

Spain coach Luis Enrique, who recently returned to his role after the tragic death of his daughter in August, is watching in the crowd tonight.

Cazorla misses out through injury

There is no Santi Cazorla for Villarreal tonight. The Spain midfielder misses out through injury and is not even part of the squad for this game. He will be a big loss to the home team.

Two changes for Atleti as Arias and Lodi come in; Saul back in midfield

Atletico coach Diego Simeone has made two changes to the team which lost to Barcelona on Sunday night as Raul Arias and Renan Lodi come in.

Kieran Trippier is on the bench, while Saul Niguez is in midfield again after featuring at left-back against Barca.

The hosts come into this game on a torrid run in the league, without a win in five, having lost four of those games.

Atleti, meanwhile, were beaten 1-0 by Barcelona last weekend, and have just one win in their last seven games in all competitions.

How the table looks

Despite having lost just twice this season, Atletico are currently outside the Champions League places, in sixth, mainly because of having drawn seven of their 15 games.

Villarreal: The most noticeable absentee for the hosts is Santi Cazorla, with the former Arsenal midfielder out with a sprained ankle. Ramiro Guerra is also a doubt.

Atletico: Diego Costa remains sidelined with a neck injury, and is not expected to return before February. Angel Correa also misses out through suspension.

Confirmed teams to come in just over half an hour.

Villarreal: The most noticeable absentee for the hosts is Santi Cazorla, with the former Arsenal midfielder out with a sprained ankle. Ramiro Guerra is also a doubt.

Atletico: Diego Costa remains sidelined with a neck injury, and is not expected to return before February. Angel Correa also misses out through suspension.

How we think the sides could line up…

How to stream and watch on TV