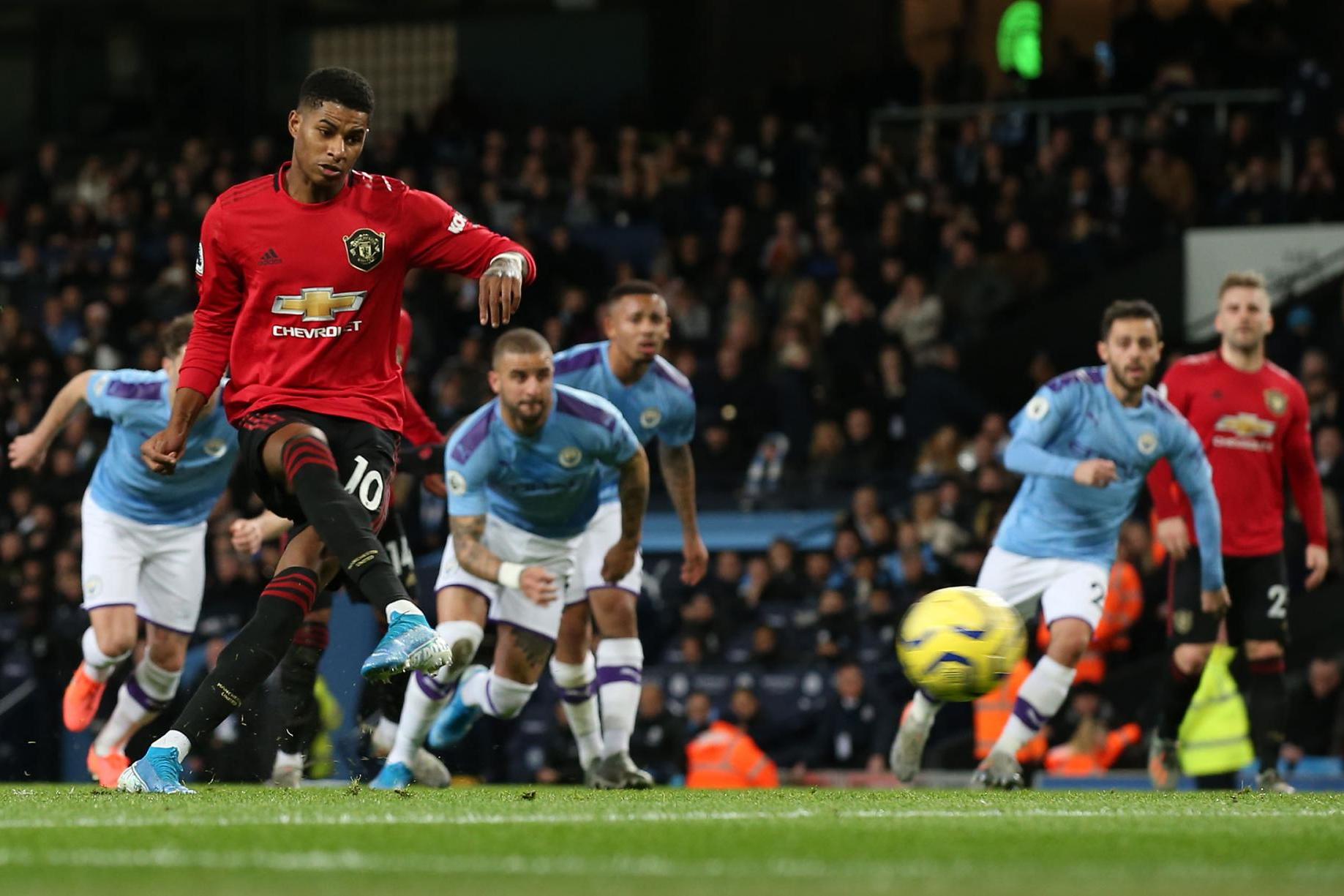 The Manchester derby takes top billing on Match of the Day this evening as United hit a hammer blow on City’s Premier League title chances.

Marcus Rashford, from the penalty spot, and Anthony Martial scored in the first half to stun the Etihad Stadium and leave City 14 points off leaders Liverpool.

Liverpool sit so pretty after a stroll at the Vitality Stadium as Bournemouth succumbed to a fifth consecutive loss.

Talking of easy wins, Tottenham thrashed Burnley to the tune of five goals, with Heung-min Son’s 90-yard run and finish the pick of the bunch. Watford and Crystal Palace played out an ill-tempered 0-0 draw in Nigel Pearson’s first game in charge.

Earlier in the day, Everton – with club legend Duncan Ferguson in temporary charge in the dugout – deservedly beat Chelsea to lift the mood around Goodison Park following Marco Silva’s sacking.

Viewers with a TV licence can live stream Match of the Day online via the BBC iPlayer from 10.30pm GMT tonight.

Match of the Day