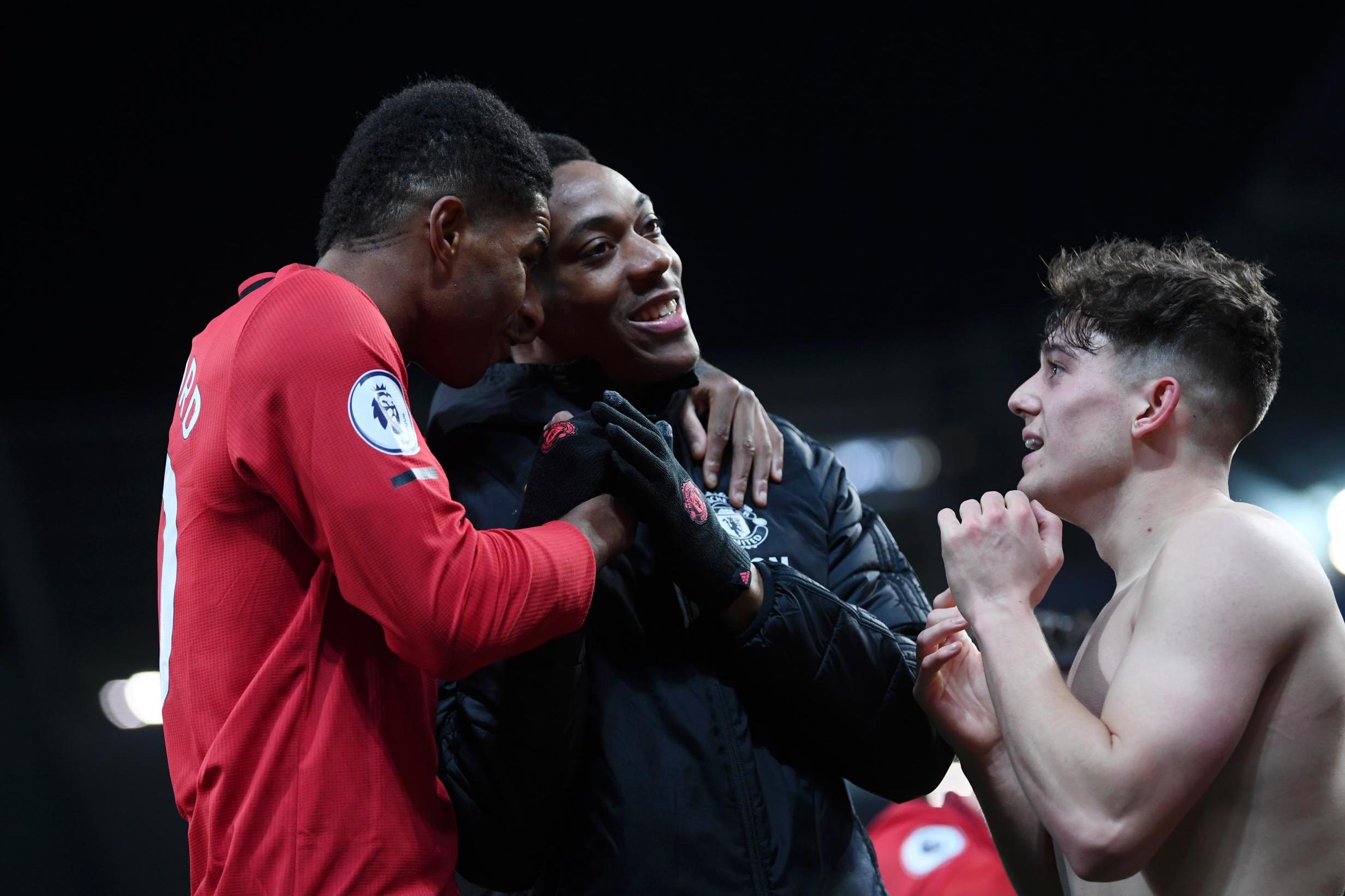 Pep Guardiola admits that Manchester City had no answer for the speed of Manchester United’s attack as the Premier League champions fell to a damaging derby defeat at home.

Man City could not cope with the pace of United on the counter in the first half at the Etihad, with Marcus Rashford winning and converting a penalty before Anthony Martial struck to leage the visitors two goals to the good.

Defeat for City leaves them 14 points behind leaders Liverpool, with their title defence in tatters. A return of 32 points from 16 games is the worst total of any Guardiola team during his managerial career.

But he refused to criticise his players – especially given the pace they were up against.

“I like how my team played,” he said.“We conceded a little bit more, not than usual, but than in the last years against United.

“We knew with the pace they had [Dan] James, [Anthony] Martial and [Marcus] Rashford because sometimes it is not possible to control it.

“In general, we did what we like. We arrived in the final third many, many, many, many times. Unfortunately we couldn’t finish a little bit more but I like to watch my team. I know nobody agrees but I like it.

“Sometimes you don’t win and the others are better and you lose. Normal is not winning the league always, sometimes you lose.

“It is important not to give up and try to do what we do as a team. All the games we play a season we play the game I want my team to play. After that, the counter-attacks, the final third, when we struggle in some departments okay, it’s part of the process. Maybe next season we will be better.”