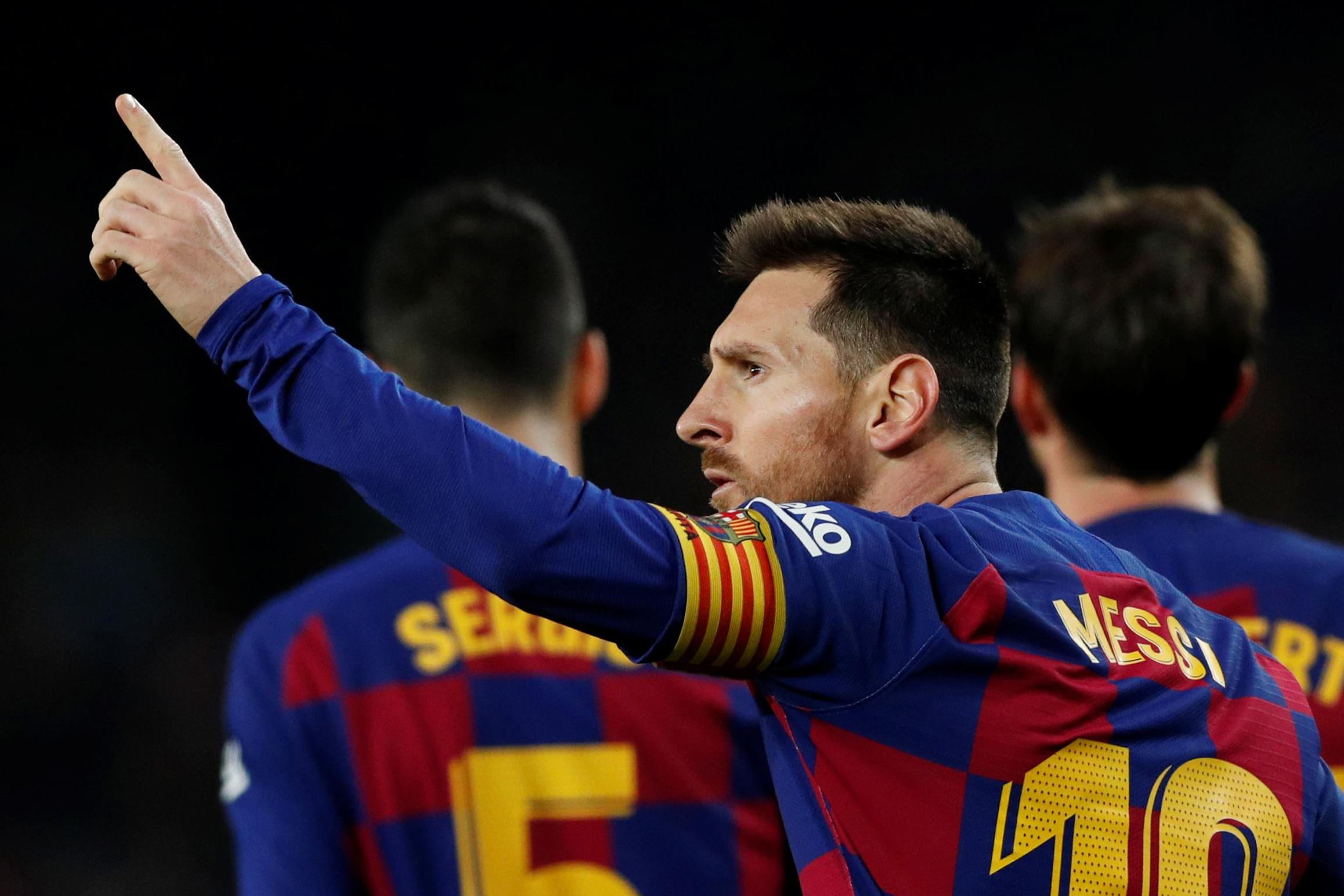 Lionel Messi hit a wonderful hat-trick and Luis Suarez scored a brilliant back-heeled effort as Barcelona beat Mallorca 5-2 to return to the top of La Liga on Saturday night.

Antoine Griezmann gave the champions an early lead after seven minutes as Marc-Andre ter Stegen reacted quickly after a corner and hit a long goal kick for the Frenchman to chase.

The former Atletico Madrid forward controlled the ball on the halfway line and ran all the way into the Mallorca area before clipping a fine finish over goalkeeper Manolo Reina.

Messi, who had shown off his sixth Ballon d’Or to the fans at Camp Nou before kick-off, then scored a superb second as he cut back onto his left foot and blasted an unstoppable effort past Reina and into the goalkeeper’s top-right corner after 17 minutes.

Barca were completely in control at that point, but Mallorca pulled a goal back after 35 minutes as Ante Budimir beat Ter Stegen with a left-footed drive from the edge of the box, which deflected off Frenkie de Jong and gave the German no chance.

But hopes of a comeback from the promoted side were short-lived as Messi made it 3-1 with another rocket from long range after 41 minutes, this time finding a tiny gap between Reina and the post to convert in a similar strike to his first.

And two minutes after that, Suarez scored arguably the goal of the night with his back to goal as he received a ball from De Jong and swung his right foot down with power to back-heel a shot off the turf, up and over Reina’s outstretched arm and into the corner from a difficult angle.

Mallorca later reduced arrears after 64 minutes after Ter Stegen was caught out of position from a cross from the right and Budimir headed home for his second of the night.

The islanders came close to another after that as Ter Stegen made a spectacular one-handed save from substitute Juan Camilo Hernandez, but it was left to Messi to round off an ultimately one-sided affair as he smashed a powerful shot inside Reina’s post following a lay-off by Sergi Roberto in the area after 83 minutes.

Barca move back above Real Madrid on goal difference at the top of La Liga, with the two teams to meet on December 18 in the next game at Camp Nou.

Meanwhile, Mallorca are just a point clear of the relegation zone in 17th, with 18th-placed Celta Vigo in action at bottom club Leganes on Sunday.