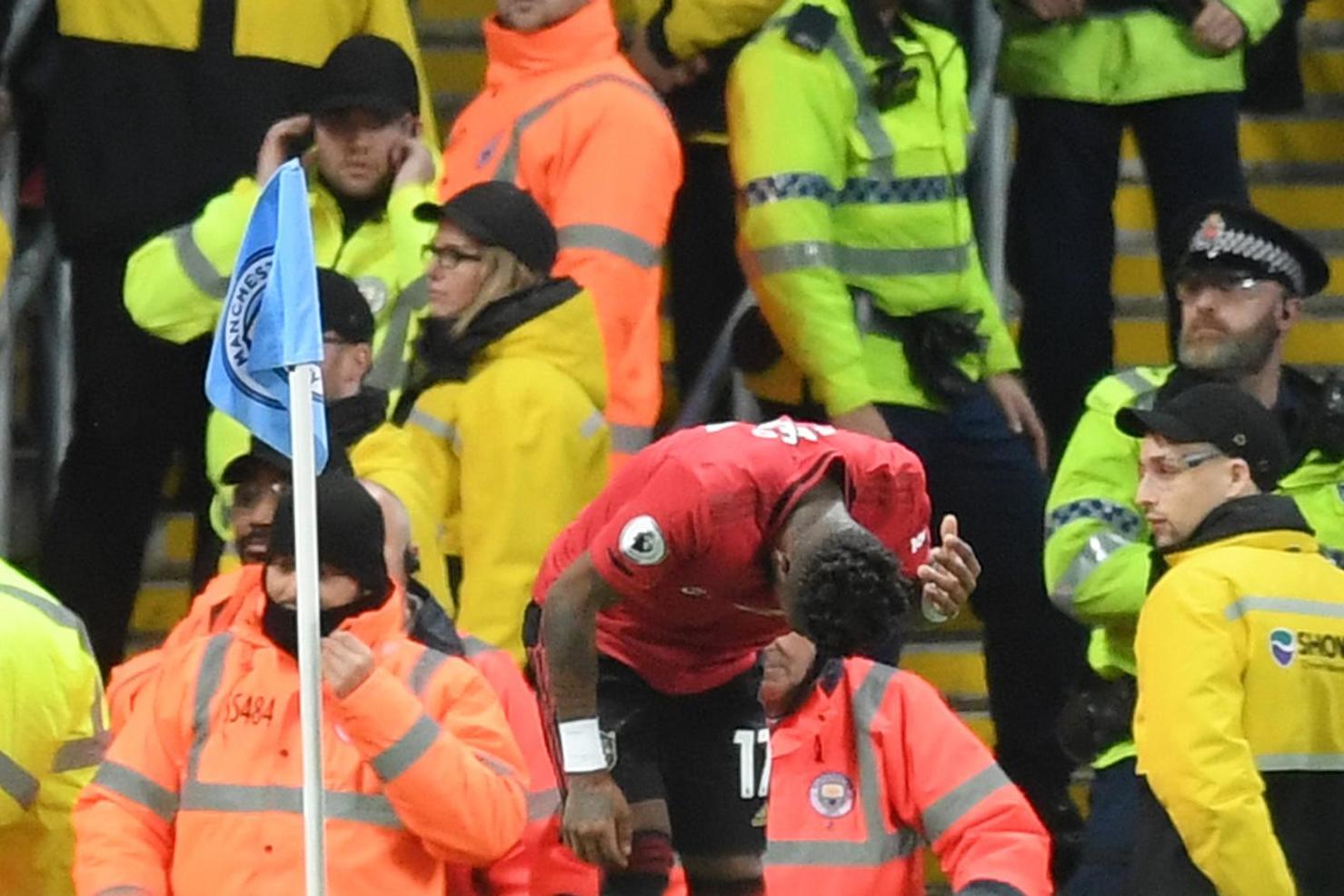 Manchester United midfielder Fred was hit by an object thrown from the Etihad Stadium crowd during Saturday’s Manchester derby.

With United 2-0 up against Premier League champions Manchester City, the visitors attempted to take a corner 68 minutes into the game.

United players tried to take the corner, but walked away as objects were launched by a section of the stadium occupied by City fans.

Fred returned to take the corner, but was hit on the back of the neck by an object and crouched down in pain before recovering to take the set-piece.

The incident could bring possible sanctions from the FA if, as expected, it is included in referee Kevin Friend’s match report.