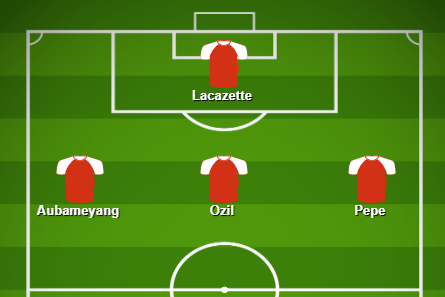 Freddie Ljungberg heads to West Ham on Monday still looking for a winning formula that can give him his first three points as Arsenal’s interim head coach.

Bernd Leno, who was once again excellent against Brighton, will start in goal but Rob Holding and Kieran Tierney could come in at the back for Sokratis and Sead Kolasinac as the Gunners look for a first clean sheet since October 6.

Matteo Guendouzi should return in midfield and start alongside Granit Xhaka, who has been solid since being brought in from the cold.

In attack, there are questions for Ljungberg to answer but Nicolas Pepe is expected to start.

The Ivorian has been on the bench for Ljungberg’s first two games, but he was dangerous and lively when thrown on against Brighton.

Mesut Ozil, who has played out wide so far under the Swede, should start as the No10 in favour of Joe Willock.

That leaves Pierre-Emerick Aubameyang to play wide left and Alexandre Lacazette to lead the line once more.