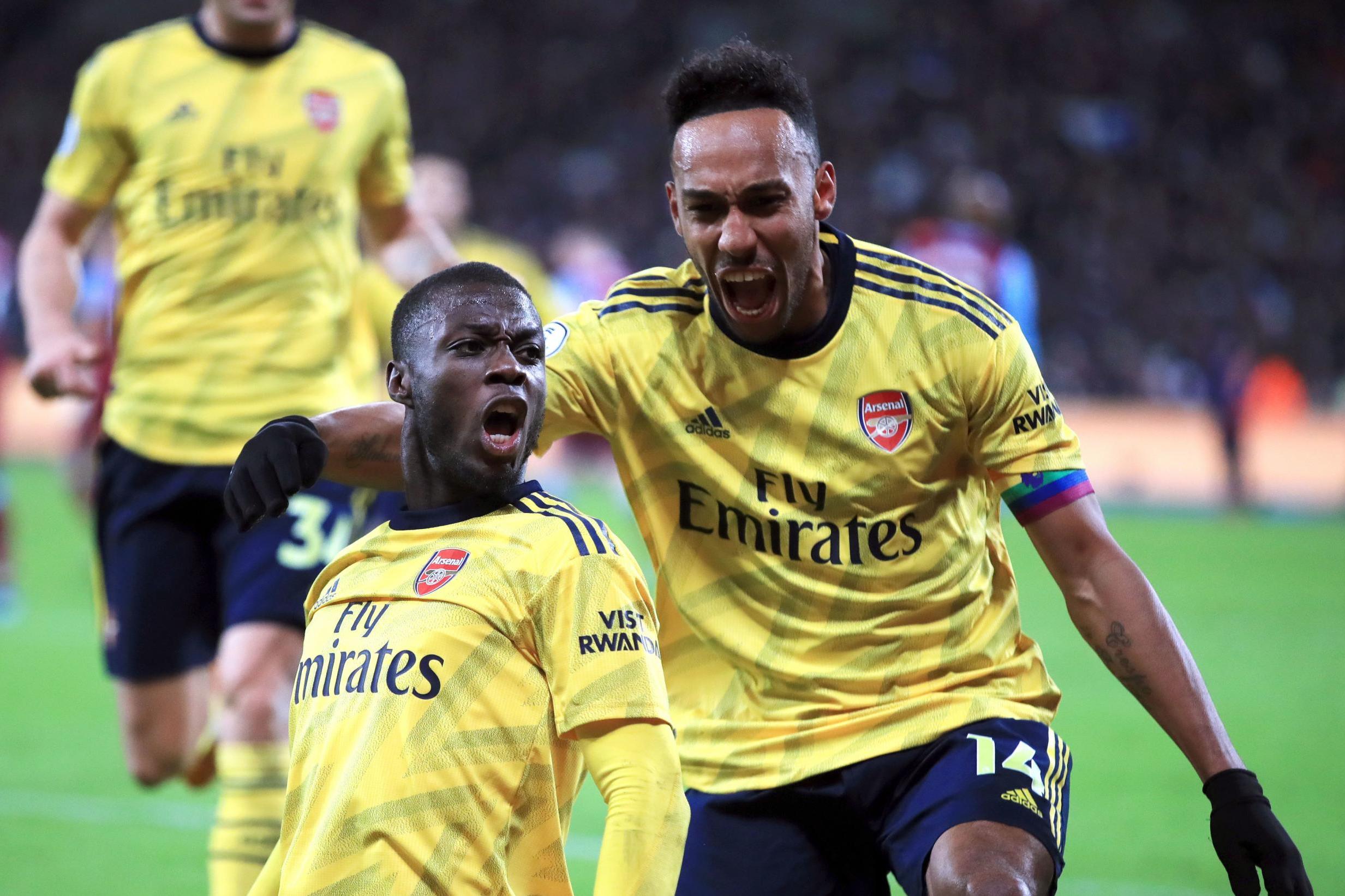 Arsenal produced a spirited second-half fightback to finally return to winning ways and give Freddie Ljungberg his first three points as Gunners boss with a 3-1 Premier League triumph over West Ham.

For an hour, Arsenal had looked on course to make it ten games without a win, after Angelo Ogbonna had given the home side the lead at the London Stadium.

But Brazilian teenager Gabriel Martinelli, making his first Premier League start, equalised to spark a spell of three goals in ten minutes, as Nicolas Pepe and Pierre-Emerick Aubameyang also hit the target to secure a much needed – and long-awaited – win.

Ljungberg made a raft of changes to the side that had lost at home to Brighton last week, with Pepe’s display as a half-time substitute in that game enough to earn him a start, while Martinelli was also included as Alexandre Lacazette dropped to the bench.

Hector Bellerin had been due to start at right-back, but picked up an injury in the warm-up, meaning Ainsley Maitland-Niles was drafted in. Sead Kolasinac was only called onto the bench as a result of that change, but he too was thrown into the fray only half-an-hour in when Kieran Tierney went down with a shoulder problem.

The first half was a largely turgid affair, played out between two outfits desperately low on confidence, and offering so little quality in the final third that neither side’s usual defensive vulnerabilities were regularly exposed.

When the opener did arrive then, it was no surprise that it was scrappy in the extreme. Arsenal failed to deal with a set-piece, allowing Ogbonna to attack the ball, and though his attempt at a header actually flew goalwards off his shoulder, it then deflected off Maitland-Niles and past a wrong-footed Bernd Leno.

You suspected that had Ljungberg not already been forced into one substitution, he might have been tempted to make another at half-time in an attempt to spark some life into a side that had fashioned just one real opening of note, when Aubameyang’s cross was a fraction high for Mesut Ozil to head home.

As it was, it was West Ham, despite losing Aaron Creswell to injury, who enjoyed the better of the start of the second period, and the visitors were thankful to see Robert Snodgrass’ deflected effort squirm wide of the far post after Granit Xhaka had gifted away possession in his own half, while Declan Rice, who scored the winner in this fixture last season, tested Leno with a rasping effort from range.

But on the hour mark, Arsenal at last clicked into life, with a rare flowing move that ended with Martinelli steering first-time into the far corner after an intelligent cutback by Kolasinac.

If Martinelli’s adaptation to life in English football has been remarkably seamless, then Pepe’s has been anything but, but it was a wonderful individual effort, curled into the far corner six minutes later, that gave him his first Gunners goal from open play and his side their first lead of the Ljungberg era.

While those goals did wonders for Arsenal’s confidence, they clearly had the opposite effect on the hosts, who suddenly looked all at sea as Pepe clipped delicately into the middle for Aubameyang, who had sprung the offside trap, to take one touch and fire home a third.

The manner of the defeat, against a side who, until they scored their equaliser, were there for the taking, will no doubt see the pressure build on Manuel Pellegrini, whose side stay just one point clear of the relegation zone.