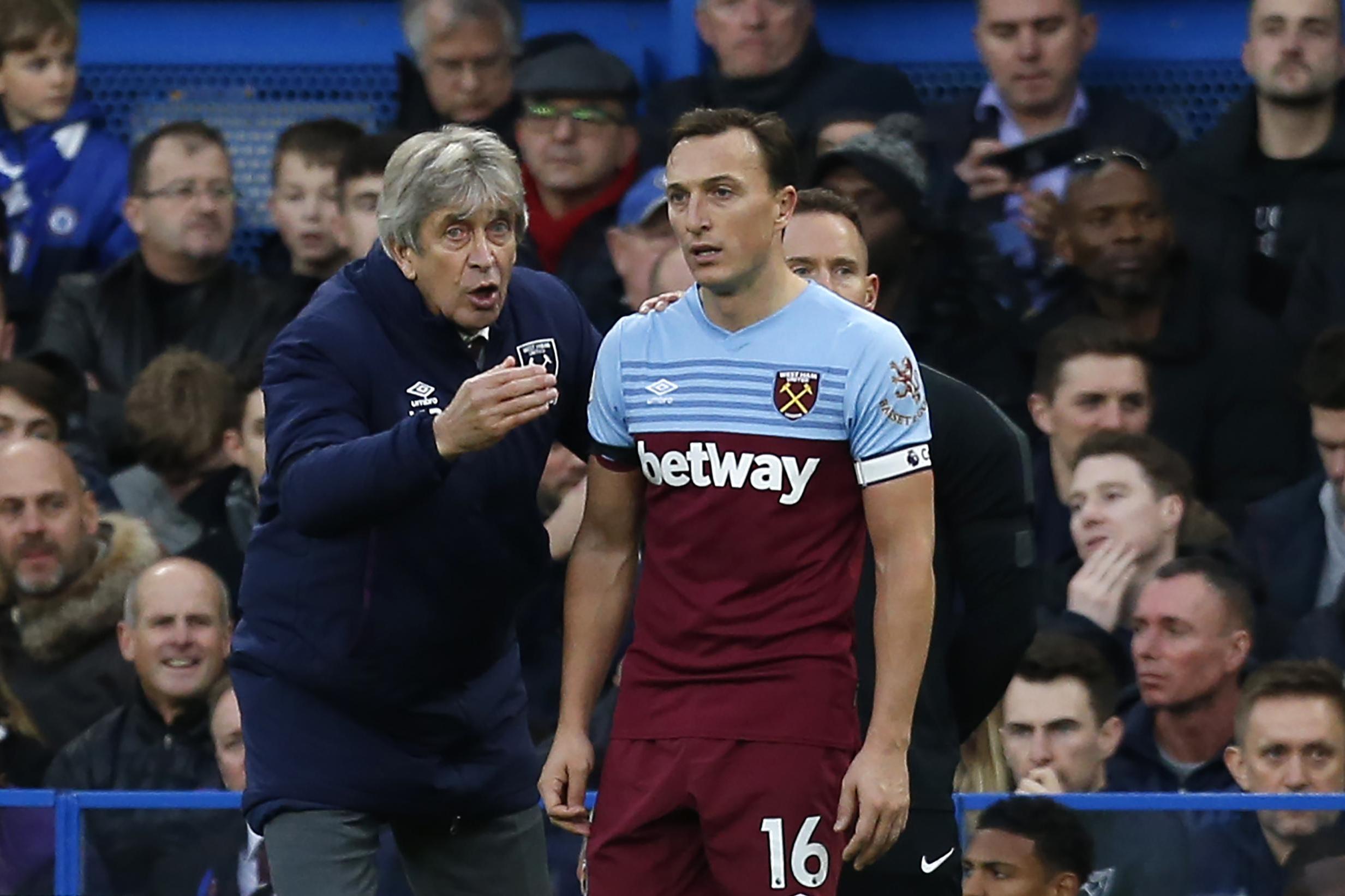 Mark Noble has denied there is a rift in the West Ham dressing room as manager Manuel Pellegrini fights to keep his job.

Standard Sport reported on Tuesday that Pellegrini could be sacked if West Ham lose at Southampton on Saturdayand the Chilean himself has confirmed that possibility.

West Ham are reluctant to pull the plug on him but a defeat at St Mary’s could force them to act.

With time quickly running out for Pellegrini, it was claimed this week there is a rift in the squad and that the players are divided over how much some of them care about the club.

However, West Ham captain Noble insists in his Standard Sport ­column that morale in the camp is positive.

He said: “We — the manager and the players — are on the receiving end of a lot of negativity and I fully understand there have been suggestions, this week for example, that there is a rift in the camp, that our dressing room is divided.

“I’d like to put that one to bed right now. There is no rift in our dressing room. Of course, a few wins would help the mood but the reality is that our dressing room morale is still really good.

“In fact, if we’d lost a few games and everyone was still buzzing, I’d be more worried. There are a lot of games to go and a lot of points still to play for.

“Don’t tell me that players couldn’t care a less when they’re team is going through a bad run, as we are at the moment. Speaking personally, it kills me because I desperately want this club to do well.”

West Ham owners David Sullivan and David Gold have been desperate for Pellegrini to turn things around and they are reluctant to make a change during the season.

There has been no sign of the situation improving, however, and they are losing faith in the 66-year-old, the highest-paid manager in the club’s history on £8million a year.

Bournemouth boss Eddie Howe and former Hammers manager David Moyes are thought to be the leading candidates to replace Pellegrini. There was also a surprise addition to the list of possible successors today in the form of Harry Redknapp, who was in charge of the club for seven years from 1994.

Pellegrini admits he could be out of a job by the end of the weekend. He said: “What I need is to win the game [at Southampton] but maybe I am not in my job on Monday.

“That is not a problem of the job — the problem is to improve what you’re doing because we do not have the results.”