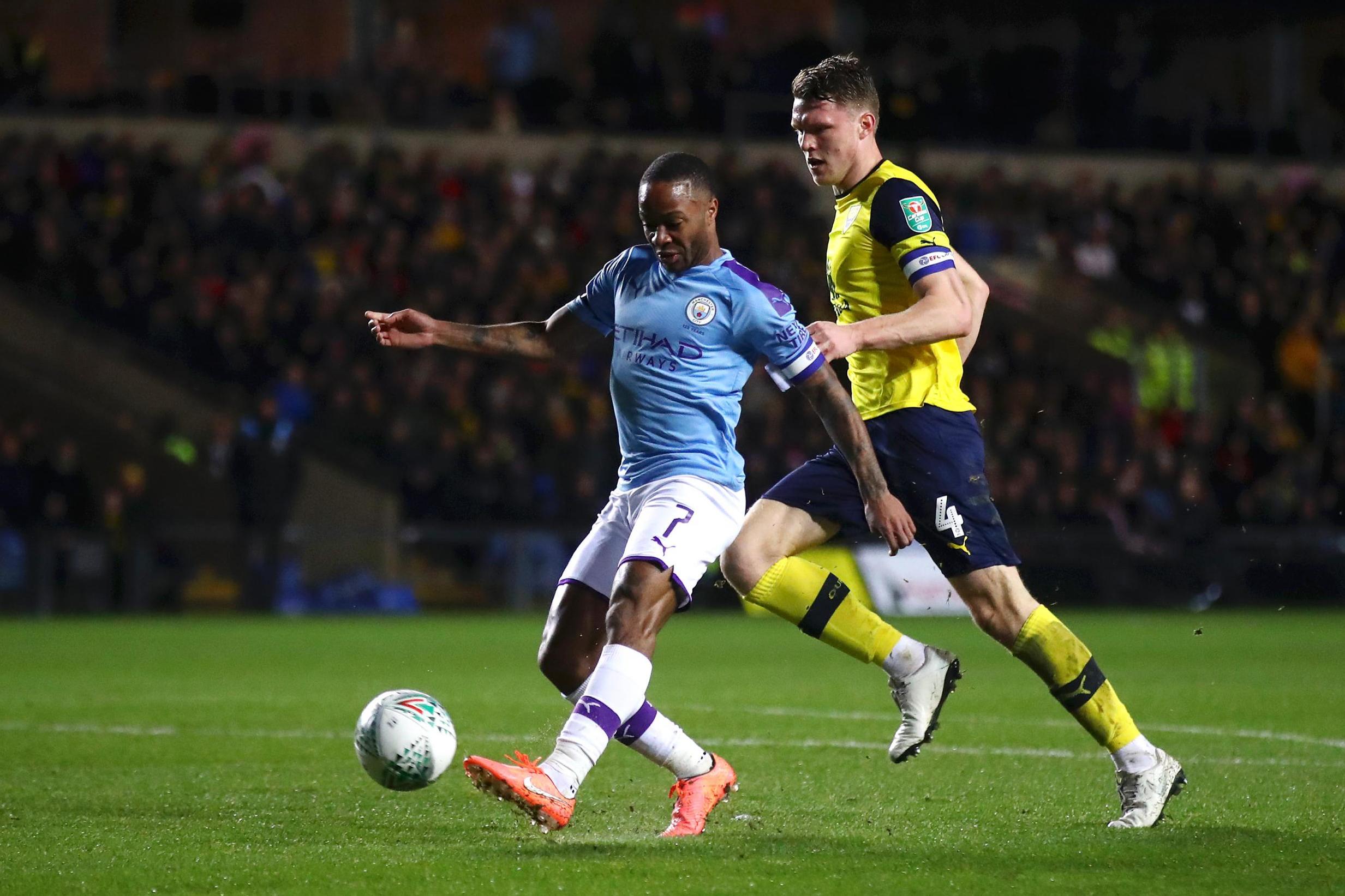 Raheem Sterling’s brace was enough to send Manchester City through to the semi-final of the Carabao Cup after a 3-1 win over Oxford United.

Mikel Arteta took his place on the Manchester City bench despite reports that he had agreed to take the vacant manager’s role at Arsenal just hours prior to the game.

Pep Guardiola named a side with a mix of youth and experience, with a centre-back pairing of Eric Garcia and Taylor Harwood-Bellis, with Sterling chosen to lead the line ahead of Gabriel Jesus.

The visitors dominated the early possession as expected and took the lead a quarter of the way through the match with a lovely move worked from their own goal. It eventually came to Joao Cancelo, whose effort was deflected leaving Oxford goalkeeper Archer helpless as it sailed into the far corner.

But City were far from comfortable with Oxford showing some of the attacking intent that had seen them beat West Ham in the third round.

And they showed just how dangerous they could be 23 seconds within the restart when Tarique Fosu took a quick free-kick, set Matty Taylor in on goal and the striker finished superbly past Claudio Bravo.

Replays showed the League One side were perhaps fortunate to see the goal given with the ball still rolling, but Oxford didn’t care as they celebrated wildly.

Their dreams of a semi-final place were quashed just five minutes later when Angelino whipped a dangerous cross into the box and Sterling tapped home from close range.

Oxford came forward again and threatened an equaliser, with Bravo forced into a fine stop to keep out Fosu’s deflected cross.

But Sterling put the game beyond doubt with 20 minutes to go. Bernardo Silva lofted a delightful chip into the path of Jesus. He squared it to Sterling and it was another simple tap-in for the forward – his 18th goal in all competitions.

The hosts weren’t prepared to give up hope, with substitute Jamie Mackie going close late on but City were not to be denied as they sealed their spot in the last four.