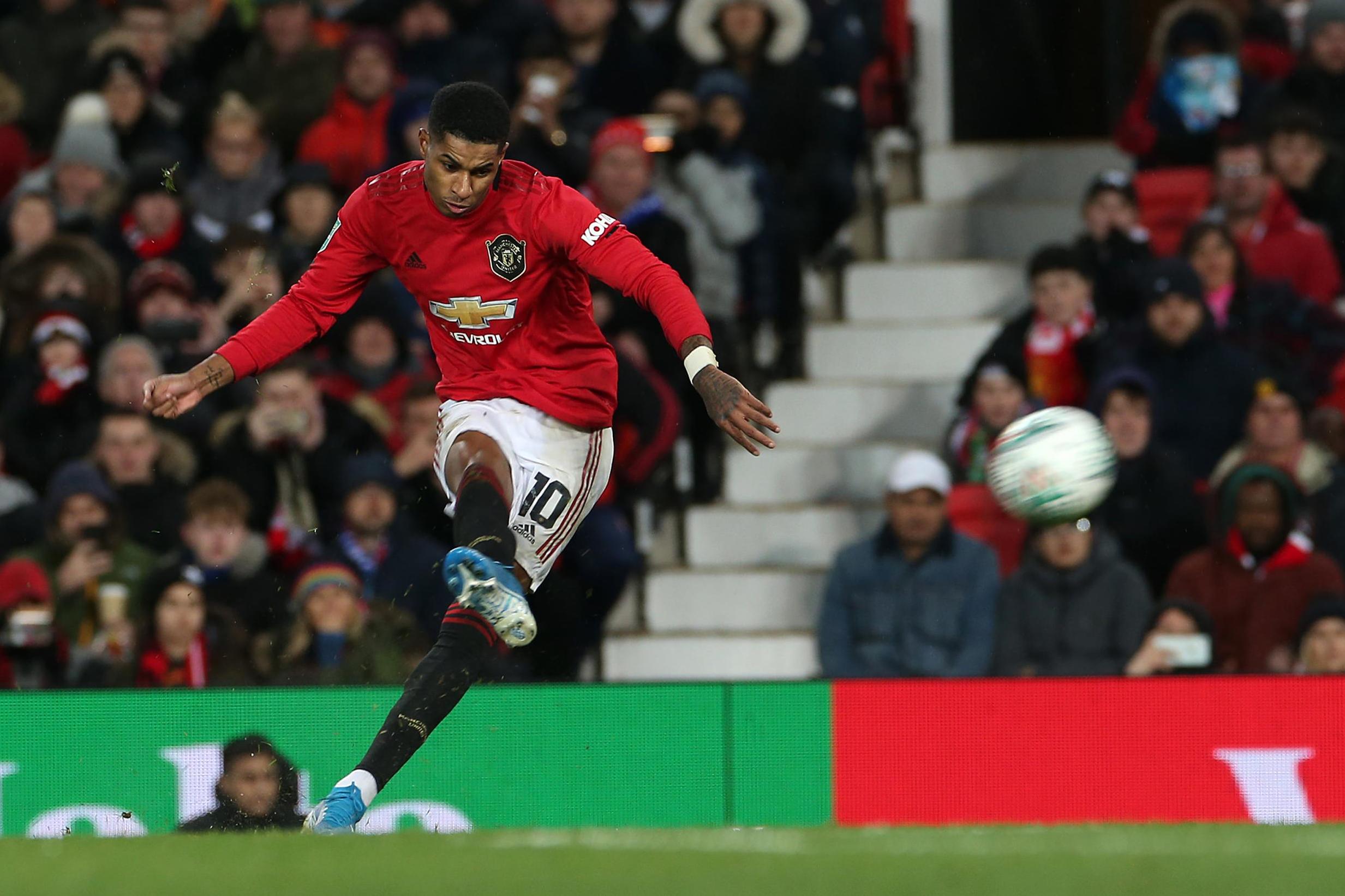 Manchester United beat Colchester 3-0 in the Carabao Cup quarter-finals tonight as Ole Gunnar Solskjaer moved closer to his first piece of silverware with the club.

Victories over Tottenham and Manchester City gave United a much-needed boost heading into December, but a draw at home to Everton stalled that progress.

United were meek and needed a penalty shootout to get past lower-league opposition earlier in this competition when Rochdale tested them at Old Trafford.

Colchester dumped Crystal Palace and Tottenham out this year, but second-half goals from Marcus Rashford and Anthony Martial gave United a comfortable win in the end.

Relive the action on our LIVE blog with James Robson at Old Trafford.

Solskjaer is within touching distance of his first final as United manager.

It was not perfect and with all Premier League opposition left in the competition, the semi-finals will take some negotiating.

But United came through on a night when they had everything to lose. The performance of Rashford was the main plus.

He scored one – should’ve had two – and made another.

All over. Much better from United in the second-half.

87 mins | It’s a pretty tame finish here. Elsewhere, Leicester have beaten Everton in a penalty shoot out to book their semi-final place alongside Aston Villa and Manchester City.

82 mins | Harry Maguire almost has his first United goal! He thumps a header on goal but Gerken spectacularly keeps it out.

79 mins | Old Trafford has already started to clear out a bit – United have taken their foot of the gas a little with the win in the bag.

74 mins | Sergio Romero is called into action, catching a fairly tame shot. Wasteful from Colchester, who had a man advantage in that attack.

70 mins | Almost a fourth for United as Brandon Williams finds himself in the box but has his close-range effort blocked.

65 mins | Garner comes on for Tuanzebe, which means Matic will move to central defence.

61 mins | United have another! This one is a pretty decent team effort. Mata clips an elegant ball over to Rashford, who has made a darting run to the byline. The Spaniard’s pass takes a cluster of Colchester players out of the game and Rashford cuts a ball back across goal where Martial is waiting for the tap in.

And that should be that. Two quick fire goals from Rashford to put United in complete control.

Suspect Solskjaer told his players to speed up their passing and not be so static up front.

The result – two goals from attacking down the either flank.

55 mins | United can breathe a little easier now. This time the goal comes from down the right, with Greenwood whipping in a terrific cross for his teammate. Rashford is lurking to convert from close range but Ryan Jackson gets there first to put past his own goalkeeper.

51 mins | Wonderful from Rashford! United strike on the counter, launching a ball from deep to find the striker down the left channel. He cuts inside menacingly, skipping past two challenges before lashing a vicious effort into the roof of the net. Some finish.

That was better from United. The passing quicker and stretching Colchester’s defence out of position.

Had Greenwood connected with Shaw’s cross it would have been a very well-worked goal.

47 mins | Shaw gets to the byline in the Colchester box but can’t quite cut a cross back for a teammate.

And we are back underway for the second half.

Familiar frustration for United so far this evening.

That was utterly uninspiring from United. Rashford’s free kick was their only real chance against League Two opposition.

They’ve got to come up with something different if they are to break down the visitors.

United seem to habitually make like difficult for themselves at home – it could be another nervy night at Old Trafford.