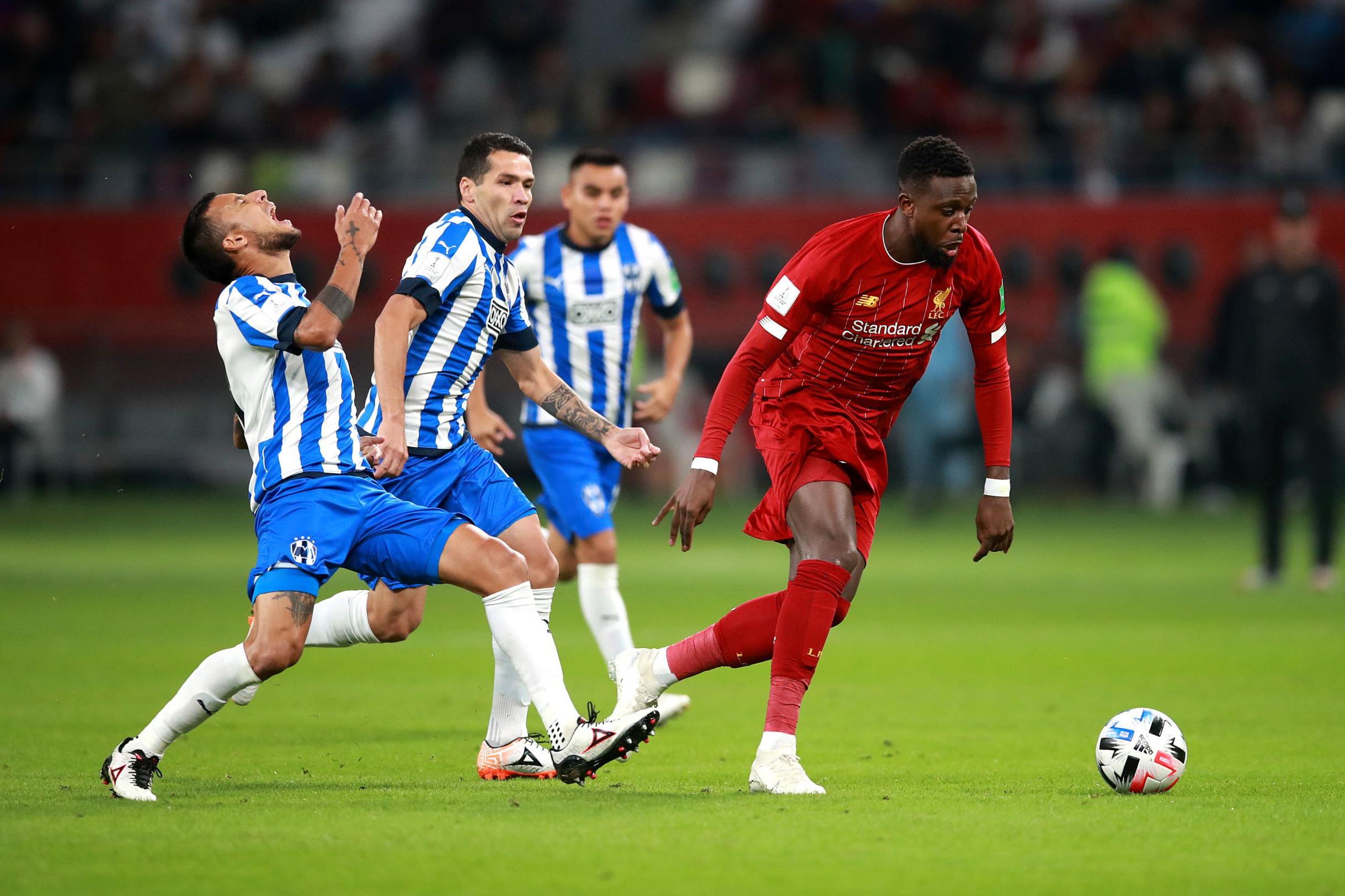 Liverpool are looking to cap a memorable year as they bid to win the Fifa Club World Cup in Qatar – and the Reds are in the final after beating Monterrey 2-1.

The Reds qualified for the tournament by winning the Champions League in June, and Jurgen Klopp’s side are now just one game away from becoming world champions.

Concacaf Champions League holders Monterrey stood between Liverpool and a final against Flamengo at the weekend, and the Reds were made to work for a result at Khalifa International Stadium.

Naby Keita put Liverpool ahead courtesy of a fine Mohamed Salah assist, but Monterrey responded two minutes later, with Rogelio Funes Mori converting from close range after Alisson Becker had parried out a shot to send the sides in level at 1-1 at half-time.

Alisson was forced into a number of second-half saves, but a superb ball from Trent Alexander-Arnold was finished late on by substitute Roberto Firmino to send Liverpool through.

“All you need is Allison Becker, Allison Becker. He was there in the decisive moments. A really hard game and then you can bring on the boys. Wonderful goal, great game, super atmosphere.”

“We have no clue about Virgil, we thought he would be fine. We will see.”

“It was a bit different in defence. I just tried to do my best. The most important thing was the win, we defended well for the majority.

“Overall, we have to be delighted with how things went.”

How many times this season have we seen Liverpool do that this season? Seven, to be exact. Seven goals after the 90th minute.

They rode their luck, absolutely. But they just keep going right until the final whistle and it was a piece of genius between Alexander-Arnold and Firmino.

Football is about moments and goals, not extended periods of pressure. Liverpool took theirs and Monterrey will be ruing the fact they didn’t.

Flamengo, though, will surely prove to be a tougher test and Klopp will demand a better performance on Saturday.

“Liverpool secure their place in the Club World Cup final and a rematch with their 1981 conquerors Flamengo thanks to Roberto Firmino’s late strike.

“They huffed and puffed and came close to going behind plenty of times before snatching it themselves at the death – perhaps we should have expected that given how their season has gone.”

It was nervy, it was far from a vintage performance but the Reds get over the line after Firmino’s stoppage-time goal.

Heartbreak for the Mexicans, who had their chances only to be denied by the brilliant Alisson.

This goal is all about Alexander-Arnold. The young full-back sends in an outrageous low cross to the front post and Firmino finishes delightfully at the front post.

Right at the death, the Reds have done it!

90 mins: Pizarro has put in a real shift today and he’s been replaced by Jesus Gonzalez.

88 mins: Liverpool are pressing for a late winner and we know how often they get the job done.

Monterrey have some tired legs out there and players are falling down complaining of cramp. Not good for them if goes to extra-time.

83 mins: A bizarre moment in the game as Ortiz pulls up with cramp and the referee just stops the game!

Liverpool make their protests known to the referee and they have every right, with the clock ticking down.

82 mins: Pabon, who has had a fine game, makes way for Maxi Meza – an Argentina international who played at the 2018 World Cup.

81 mins: Mane moves into a central position and after a quick touch to turn, he fires a left-footed shot straight at Barovero.

77 mins: Gallardo goes into the book for a foul on Alexander-Arnold.

Klopp and Monterrey coach Antonio Mohamed come to blows on the touchline after Gomez handles the ball.

Having already been booked, Mohamed wants a second to follow and Klopp is fuming with his counterpart.

Eventually, the referee takes action with a yellow card… for both managers! Klopp smiles in disbelief.

74 mins: Another Liverpool change: Trent Alexander-Arnold on for Milner.

72 mins: This is proving a lot tougher than Liverpool could have imagined and there’s no guarantee they’re going through here.

Will it take some magic from Salah or Mane to get them into the final?

Sadio Mane replaces Shaqiri to a huge reception from the crowd.

Monterrey come forward again in numbers and it’s a dangerous cross from Gallardo into the box, but Ortiz misses it by a few inches.

The Mexican side keep it alive and Pabon curls just wide from inside the box.

Not a close one that VAR needs to get involved as Origi is about two yards offside when he slots home from a Gomez knockdown.

The Premier League leaders largely flattered to deceive against Watford on Saturday, but it is a mark of their mentality that they still claimed a straightforward victory and kept that remarkable top-flight unbeaten run intact.

Despite the inconvenience caused by the extra fixtures at a hectic time, Liverpool appear serious about winning this tournament for the first time.

However, they will not be given an easy ride by Monterrey.

The match will be televised live on BBC Two and the BBC iPlayer, with coverage beginning at 5:15pm GMT ahead of a 5:30pm kick-off.